Cloverfield – A New Sequel Is Coming But In A Complete New Direction!

Cloverfield, the 2008 post-apocalyptic film directed by Matt Reeves, defined the found-footage filming style once again, which was heavily popularized by movies like The Blair Witch Project and Rec. The movie was released in the January of 2008 and got critical acclaim and praise from around the world, grossing over $40.1 million in the first weekend, making it the most successful film in the January of that year. The innovative direction of Matt Reeves, along with a chilling environment and scary creatures, the movie made it all for a perfect disaster post-apocalyptic film. Since then, two spin-offs have been released titled “10 Cloverfield Lane” and “The Cloverfield Paradox,” but the audience is still left wanting a direct sequel that can connect the dots with the original film.

So, recently Bad Robot and Paramount Pictures have officially revealed that a direct sequel to the 2008’s Paradox will be arriving with some familiar faces still around. Still, there will be some noticeable changes that may not reconcile with the original film. So let’s breakdown everything announced for the sequel of Cloverfield so far.

The News On Cloverfield Sequel

So, J.J. Abrahams, who originally produced the 2008’s Cloverfield, will be returning to produce its direct sequel and Bad Robot head of film, Hannah Minghella. This time, Abrahams has grabbed in Joe Barton to write down the script. 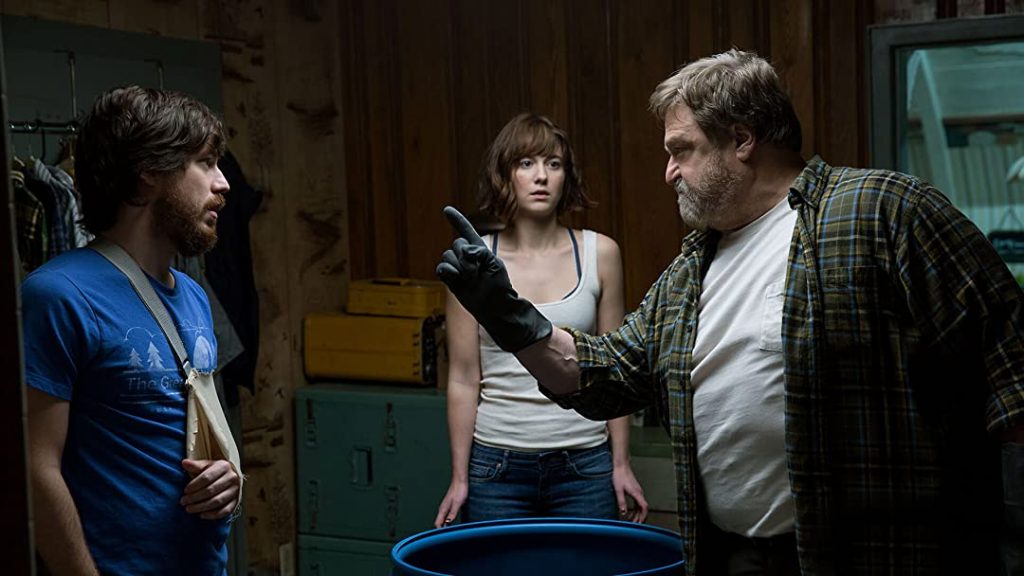 Although there is no news on if Matt Reeves will be returning to direct the sequel or not yes, Joe Barton is a great addition to the film if we note his current rise with successful projects, which include the likes of crime dramas Giri Haji and especially because he will be stepping in as the showrunner for HBO Max’s Gotham Police Department based spin-off.

According to reports, the direct sequel to Cloverfield will not be a found footage film. It won’t connect with any of the spin-offs, including 10 Cloverfield Lane, which showcased a trapped in a bunker and horror cabin themed story, and the Netflix Original The Cloverfield Paradox, which was set in the future introducing a multiverse in the movie series.

On The Cloverfield Sequel & Its New Direction

Cloverfield’s approach towards the plot has always been applauded, whether it be its very different generalization of the plot or its monster design as it showcased in the first film as aliens attacked the earth we saw through a found-footage from a camcorder. The movie became a success and saw the arrival of “10 Cloverfield Lane,” which featured the same monster but with a new setting and characters and a cabin fever based movie as the characters were trapped inside a bunker to save themselves from the monster.

Both the above movies in the universe of Cloverfield were a success, but its third installment, which came out of Netflix, was where everything considerably fell apart. Netflix’s “The Cloverfield Paradox” saw the universe of Cloverfield trying to create a multiverse of their own to explain the events and movies along with what we can expect from the future of the franchise. Still, it seemed like it was a huge letdown for many fans of the franchise while the movie tried to expand its narrative.

Anyway, it would definitely be worth seeing how the studios pick itself up because the original film was definitely something out-of-the-box. It’s the era of franchises and the movie universe, all thanks to the Marvel Cinematic Universe’s success. If you want to have to stand out among the other big film studios, you need to have a movie universe for sure.

The new Cloverfield sequel will allow the writers to go forward into a new direction, and if they are trying to mark their name as a universe, they could still use the fact that The Cloverfield’s Paradox introduced with the multiverse and use it. Similar to the way Jurassic Park returned in the era of universes with the Jurassic World franchise that is set to wrap up with the third installment as a single ending to both the franchises.

So, anyway, we will keep you updating on The Cloverfield sequel and everything related to entertainment, TV shows, movies, anime, and gaming, so stay tuned to Otakukart News.

Read More: Movies to Consider Watching if You are an Inception Fan