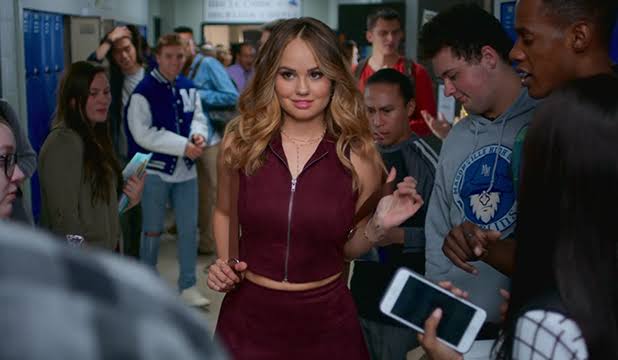 With all the drama going on, Netflix had an important decision to make. They soon came out with their decision, and it confirmed that the show would be renewed for a second season. It has angered a lot of people but, there is nothing that they can do about it. Anyway, the second season is expected to be released in 2019.

The first season of the show aired on August 10, 2018. So, we can expect a similar update for the second season. According to the rumors, Insatiable Season 2 will be coming in July 2019, but they are just rumors, we will get back to you guys with full proof details.

Now moving on to the cast. We will see the main characters returning for the second season. Here is the possible cast for the second season:
Debby Ryan as Patty Bladell
Dallas Roberts as Bob Armstrong Junior.
Christopher Gorham as Bob Barnard.
Alyssa Milano as Coral Huggens Armstrong
Kimmy Shields as Nonnie Thompson
Sarah Colonna as Angie Bladell.

Apart from the above-mentioned cast, we will see Vincent Rodriguez III having a recurring role, although the role has been kept a secret. Vincent is known for his work in Crazy Ex-girlfriend, but it is coming to an end so Vincent might be finding a way out!

We will have to wait to see what really happens in the second season. I don’t think Netflix will adjust the script for the second season despite the backlash because if they were bothered by it, they wouldn’t have renewed it in the first place.

The story of the show is quite intriguing, and people who aren’t sensitive might like the show. The show has a rating of just 6.7 on IMDB, and we all know the reason behind it. Once something offends people, there is no way that they are going to stop until it is stopped or removed.