One Piece Chapter 936 was a great chapter indeed. And before we move forward with One Piece Chapter 937, let us take a little summary of the last chapter. We got to see Queen and Luffy again, and Queen planned to make the prisoners wear the explosive collars.

After wearing them, they’re made to fight watch other one-v-one, and there can only be one survivor. Luffy has a special offer to join the Beasts Pirates if he wants to. Luffy is uncuffed, and he even used CoC on some weak prisoners, asking for some real challenge. At the same time, we saw Nami and the others running into Drake and Hawkins. 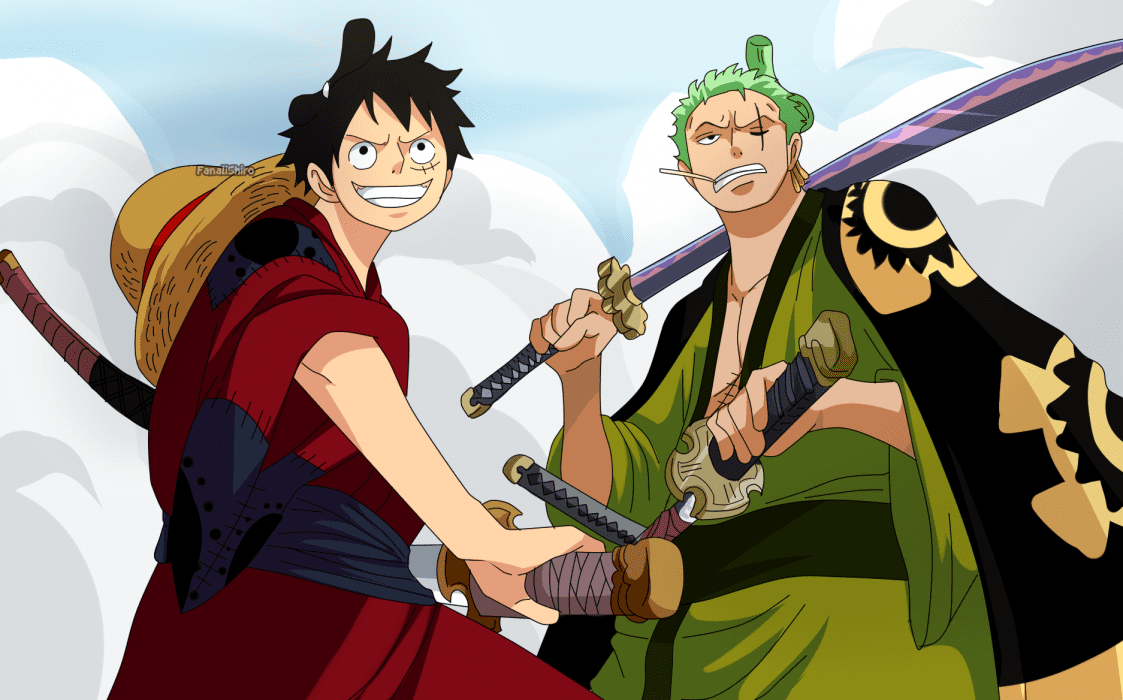 Luffy and Zoro at Wano Country

They escaped, but Sanji couldn’t, and thus, he is stuck there with them. Zoro was fighting off the people at Ringo who wanted to take his sword and called him a bandit. Everything is set towards an incredible chapter, so let’s discuss One Piece 937 now.

One Piece Chapter 937 is going to focus more on Zoro and Luffy. Apparently, Luffy is continuing his battle. He is beating one opponent after the other, and while doing so, he is getting progressively stronger. He also gets a Rayleigh flashback. Rayleigh says that Luffy’s Haki will improve as he fights more and more.

Basically, Luffy is improving his Haki here, and he will be much stronger than before once he gets out of the Mine Prison. Moving on, Zoro’s fight is getting interesting. The guy that he’s fighting says something about Shusui being a black blade. Zoro remembers something that Mihawk told him. Slightly after, we see a lady running with Otoko in her hands, and she’s been attacked by Kamazo the Manslayer.

He’s been hired by the Shogun to kill Otoko. Zoro steps in and fights him. Zoro has trouble dealing with him at first and receives quite some wounds. However, he then busts out his new move called Inferno Onigiri. With this, he likely defeats Kamazo.

Here is One Piece 937 Predictions: I think we’ll see quite a lot of interesting stuff. First things first, I think we’ll see some real challenges for Luffy now. We have already seen some fodder fighting Luffy, but he needs a real step up.

I think Queen will soon be asked to fight Luffy himself, but this fight will likely be cut short due to something. In my opinion, Big Mom will invade the prison, and she’ll use a diversion to let Luffy escape too. We might also see Sanji fighting against Drake and Hawkins too.

As strong as Sanji is, I don’t think that he can fight both Drake and Hawkins at the same time. He might end up getting captured, or maybe he’ll just escape while retrieving. Zoro might also run, and meet Robin and Nami on the path, and they’ll make way to someplace safe.