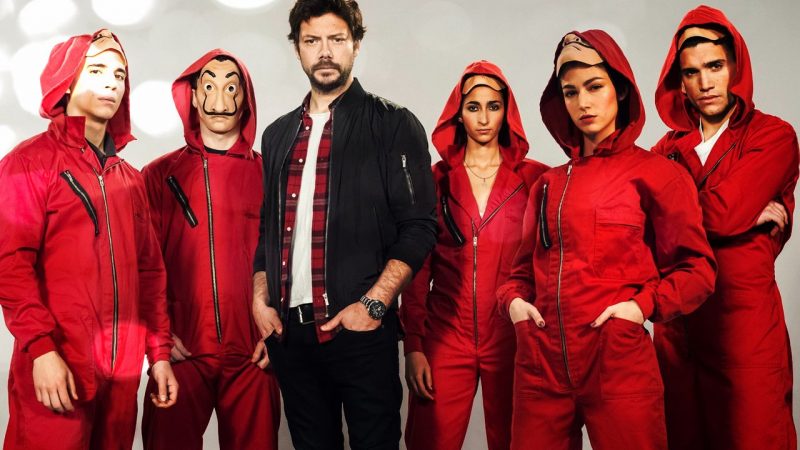 The Spanish crime drama series, Money Heist, also known as La Casa De Papel, will be returning with its upcoming fourth season, and fans of the series are looking forward to seeing what the new installment has to offer. According to the latest reports, the upcoming fourth season will be exciting and will surely impress the fans. Created by Alex Pina, the crime drama made its debut back in 2017. The series concluded its third season in July 2019, and it will be interesting to see how the upcoming season picks up the story.

The series has been pretty popular, and the critics heaped praise for its ‘sophisticated plot,’ the overall drama, the innovation, and the performances of the actors. It became the most watch non-English series and one of the most-watched series on Netflix, which is why the show was renewed for a fourth season. We have gathered all the recent updates and information regarding the show, so here is everything you need to know about the upcoming Money heist Season 4.

La Casa De Papel’s official Twitter handle posted a gif, where they captioned, “if you are reading this, then you’ve reached the end, thanks.” We are not quite sure what they are trying to inform us, but this might mean that the fourth part of the show might be the last. While we are not claiming it to be the meaning after the sentence, but that is what looks like up until now. We will wait for more details to come out. Till then, this Friday is going to be lit!

If you're reading this then you've reached the end. Thanks for joining. #LCDParty#LCDP4 launches this Friday! pic.twitter.com/VVJXazPJC9

When is Money Heist Season 4 update?

The plot revolves mainly around prison masterminds who plan and try to execute theft. The execution that they do can be understood by the way the leader recruits the members of his team. He recruits people who have nothing to lose. Fans are pretty much excited about the fourth season now.

The first two seasons were set in Madrid and showcased how the robbers planned their theft and also took hostages. The robbers use codenames as a town to ensure that they do not get stuck anywhere. The show performed so well that season three and four became obvious to come. Season 3 is really performing well on Netflix, and the fourth season will too.

The cliffhanger ending of season 3 has left everyone in the dark; however, season 4 is expected to pick the story and will answer all the questions that arose in season 3. It is rumored that Season 4 will focus on the team as they continue their struggle against the police to escape the bank. A teaser was released earlier with the tagline “Let the chaos begin,” which indicates that the drama will be pretty intense this time.

How many episodes will Money Heist Season 4 have?

Money Heist Season 4 is expected to feature a total of 8 episodes.

The cast for the upcoming season includes Úrsula Corberó as Tokio, Itziar Ituño as Raquel Murillo, Álvaro Morte as El Profesor, Pedro Alonso as Berlín, Miguel Herrán as Río, Esther Acebo as Mónica Gaztambide, Darko Peric as Helsinki, Mario de la Rosa as Suárez, and others. It would be interesting to see if there is some more of new characters in the cast or not, as new characters bring more joy to the existing story!