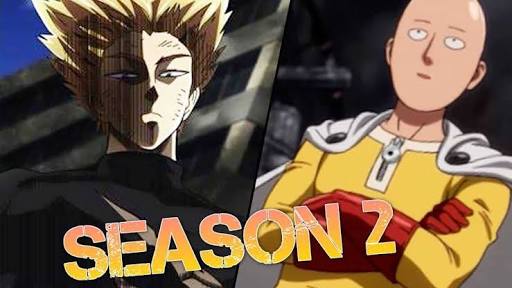 We’ll discuss these photos one by one, in detail. As you can see above, four snaps from One Punch Man Season 2 Episode 1 are out. In the first one, Saitama, dressed in casual clothing is pensively staring at the city. He is standing in a debris hole and is looking deep into the hole, wondering maybe who’s wrecked it.

In the second photo, we see Genos. Now mind you, this is the same image from One Punch Man Season 2 trailer. For starters, Genos has the same pose while cocking back his closed fist. He is angry, and it seems like he’s in the middle of some sort of a fight. In the third photo, we see G4 and his thick metal body, and in the fourth picture, we see Fubuki.

Season 2 Episode 1 of One Punch Man is titled as “Hero’s Return,” and the synopsis says that Saitama and Genos go on shopping where they encounter the giant robot G4. The Organization sends the Demon threat monster to kill King, the S-class hero who is also known as the strongest man on Earth. The question is whether the King can manage to fight G4 or will he give a slip. Genos will face G4 alone, and as for Saitama, he will play romantic games. The worthless King will be attacked by a Giant Black Bird, later on. So from the very looks of it, expect a big fight immediately. The reports say that Garou will meet Saitama and Genos. He has a fascination with monsters and a great hatred for heroes.

One Punch Man Season 2 Episode 1 will be out on Tuesday, April 9. You will be able to stream the episode online on Crunchyroll.