Harry Potter and the Prisoner of Azkaban

It is not as easy to create a time-traveling movie as it seems on the surface. Filmmakers have been producing such movies for decades but not all of them have been able to stand out. In spite of having a very interesting plotline, smooth execution, and proper logic, many films fail to bring the magic of amazing time-traveling science fiction. If the story is somehow resting too heavily on the plot device, it falls behind in producing memorable characters. However, there are a handful of movies that have met our expectations and have successfully produced mind-numbing sci-fi films, aided with paradoxes and confusing temporal gymnastics.

We have selected the top eight films involving time travel that have been phenomenal and have been standing the test the time for a long time. The craft and unforgettable stories, rich characters, and powerful performances have skillfully paved their mentions in this list. So let’s get started with it. 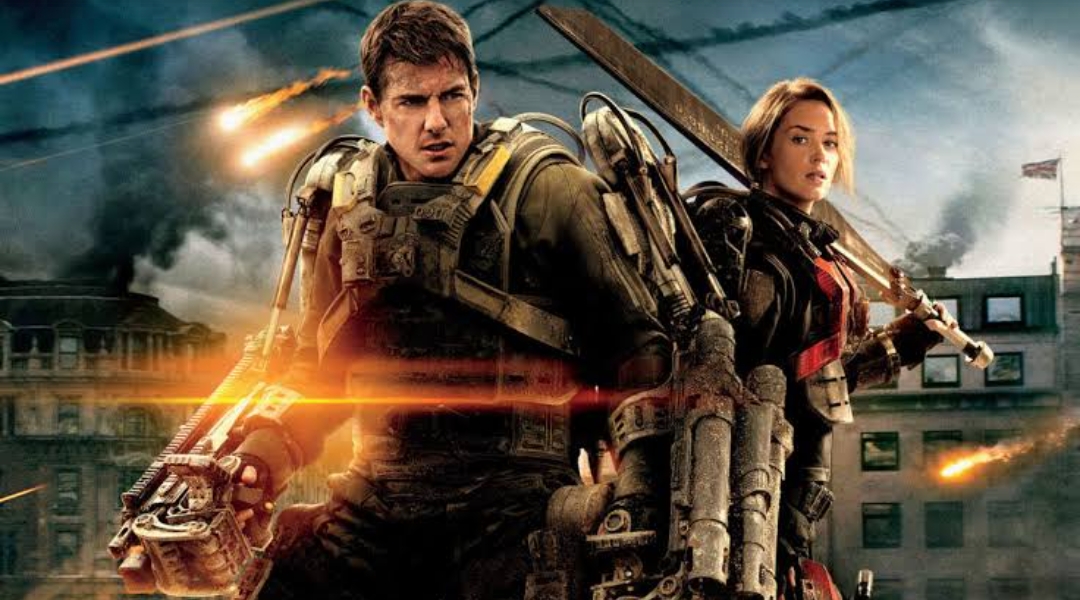 ‘Edge of Tomorrow’ has been adapted from a Japanese novel by Hiroshi Sakurazaka, titled, ‘All You Need Is Kill,’ and is a playful and frantic sci-fi movie. Set in the future, where almost the entire Europe has been invaded by an extraterrestrial race, the movie follows Major William Cage, played by Tom Cruise, who is a public relations officer with little or no experience in combat, fighting the race only to discover himself getting relieved every time he dies during the operation and the day starts again. He gets stuck in a time loop but every time he comes back to life, his fighting skills seem to improve and he gradually moves closer to defeating them. The movie is a piece of solid evidence that Tom Cruise is no less than anyone when it comes to carrying the weight of an action thriller. It is available for stream on Netflix and Prime Video. 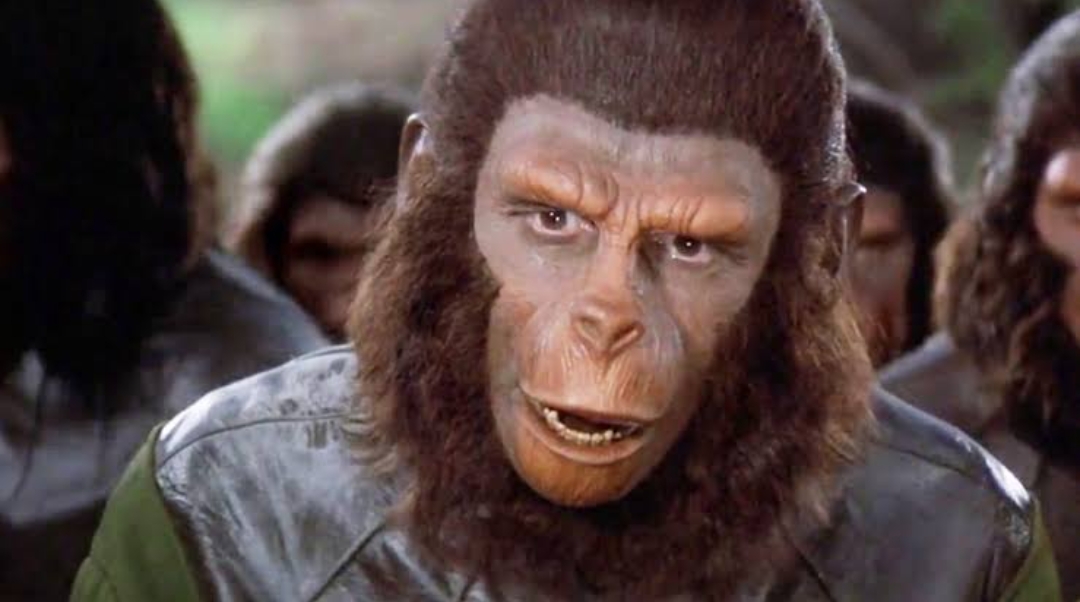 Inspired by the 1963 French novel by Pierre Boulle titled, ‘La Planète des Singes,’ the movie follows an astronaut crew that accidentally lands on an unusual planet in the distant future where the ones who have been dominating the planet are not humans but apes, highly evolved with speech and intelligence. On the other hand, the human race has been serving there as weak mute creatures covered in animal skin. The movie marks the beginning of ‘Planet of the Apes’ film franchise and includes films, television series, books, comics, and other media under it. You can watch it online on various streaming platforms like Netflix, Hulu, and Prime Video. 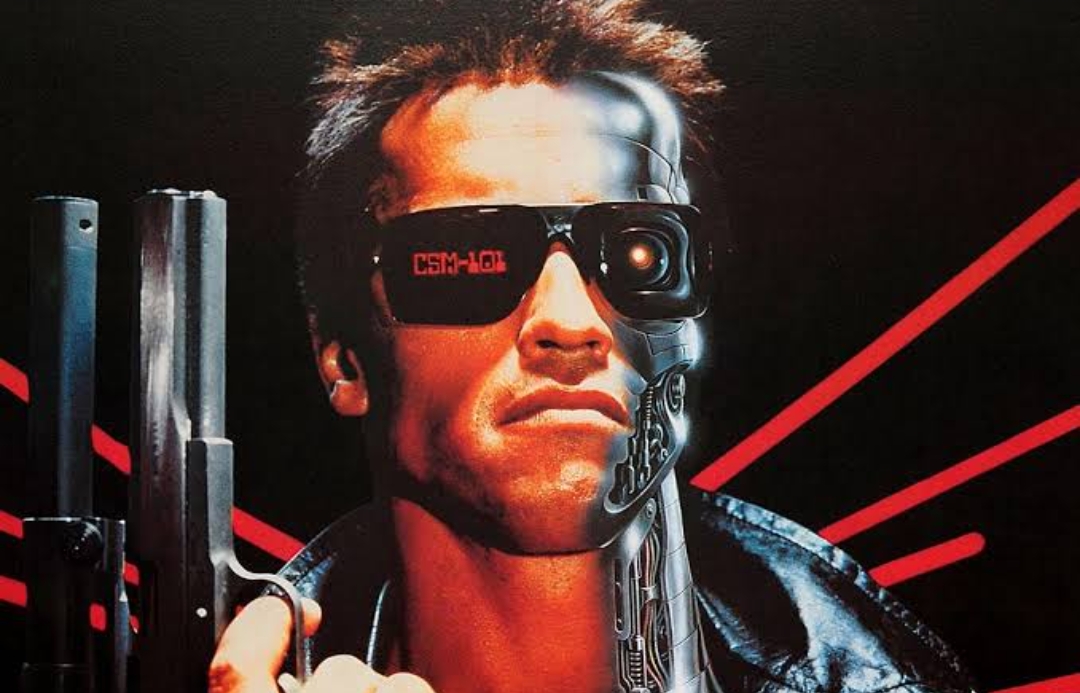 The first movie ever in the Terminator franchise, ‘The Terminator’ follows Skynet, a computer system that has been fighting against the human race on behalf of the machines but is on the verge of losing. To prevent their loss, Skynet sends a nearly indestructible humanoid robot called Terminator, back in the year 1985 from 2029 to kill the future leader of the resistance, currently in his mother, Sarah’s womb. However, a protector is also sent back in time to save the woman before the Terminator succeeds in his mission. The movie has been recognized as one of the most influential films of the sci-fi genre for being historically, culturally, and aesthetically significant. You can watch the movie online on various streaming platforms including Prime Video.

Harry Potter and the Prisoner of Azkaban

Inspired by the 1999 novel of the same name penned down by J.K. Rowling, ‘Harry Potter and the Prisoner of Azkaban‘ serves as the third installment in the overall Harry Potter film franchise. One of the best Harry Potter movies of all time, the film follows the third year of Harry and his group of friends at Hogwarts while he comes to know about an escaped prisoner named Sirius Black who has seemingly fled from Azkaban in order to kill him. The movie happens to feature time-travel where Hermione and Harry go back in time using a device called ‘Time Turner,’ which she primarily used to use for attending extra classes at Hogwarts. You can watch the movie on Prime Video, Netflix, Peacock TV, and HBO Max.

Read: Top Ten Most Shocking And Saddest Deaths Of The Harry Potter Series 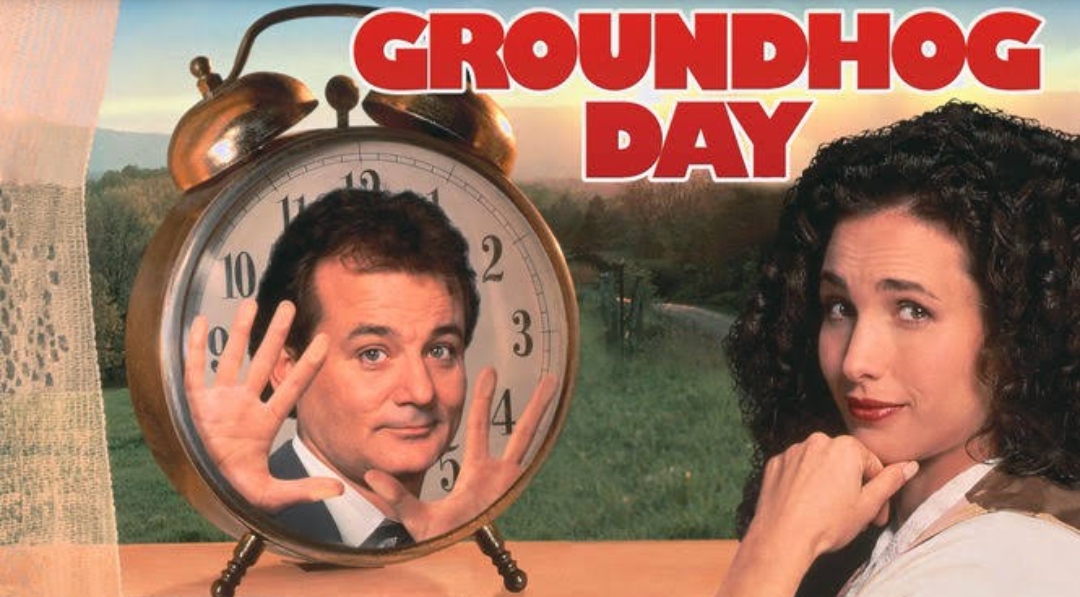 The movie follows the story of a narcissistic weatherman named Phil Connors who has been tasked to cover the annual Groundhog Day in a small town as an assignment on February 2nd. However, he gets trapped inside a time loop and has to experience the same day repeatedly. One of the greatest comedy movies ever made, ‘Groundhog Day’ is the first of the movies to feature time travel where the character keeps on living the same day again and again. The movie mocks on the themes of immortality and eternity— that if a day is repeated again and again, time will not exist and thus our dreams, hopes, and consequences of actions will be a minor issue. You can watch this classic fantasy comedy on Netflix and Prime Video. 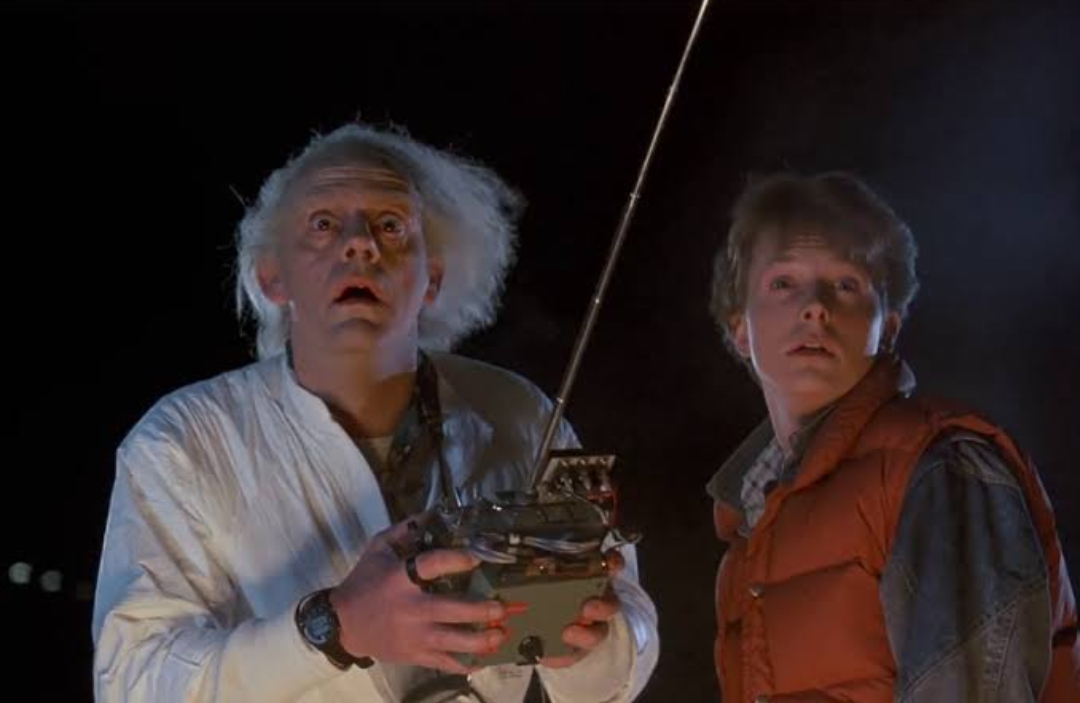 Back to the Future

The movie follows the story of a teenager, Marty McFly, who somehow ends up traveling back to 1955 with the help of a time-traveling DeLorean carriage, created by his scientist friend Doctor, Emmett Brown. However, while he’s trapped in the past, he unintentionally prevents the meeting of his parents which thereby, threatens his own existence. Therefore, to protect his very existence, he must reconcile his parents before it is too late and find his way back to the present. One of the greatest movies of all time, it is highly unlikely that you have watched it and did not feel entertained. The balance of romance, adventure, and comedy, all in a different time-space is definitely worth looking forward to. Many streaming platforms like Netflix and Prime Video will help you enjoy the movie. 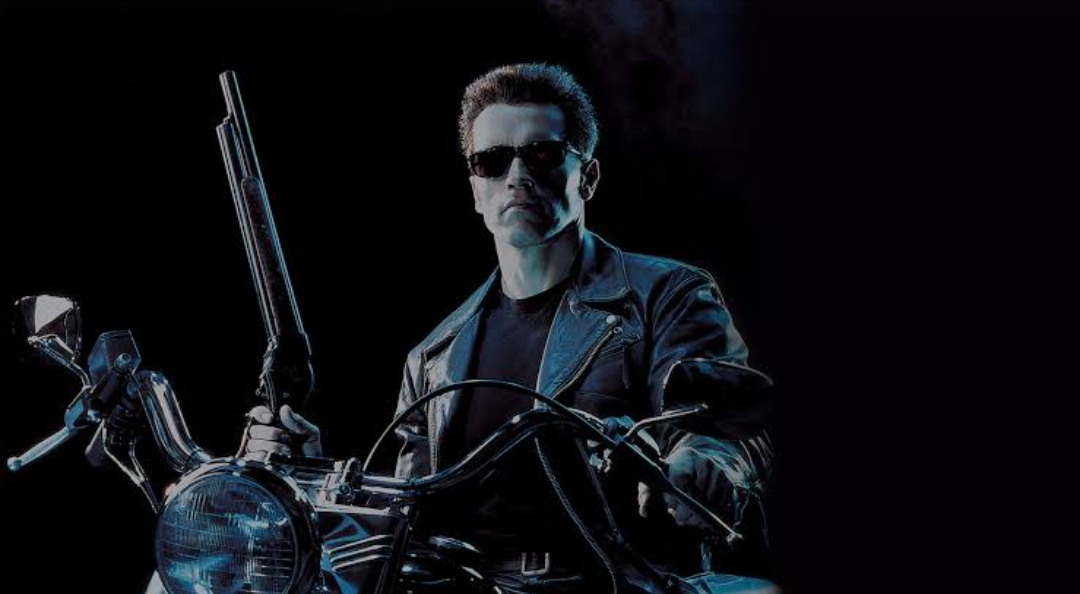 There is no way we are talking about time travel and not include this masterpiece. One of the best sci-fi movies to date, ‘Terminator 2: Judgment Day’ is the second movie in the Terminator series that follows the events taking place ten long years after the Terminator failed to kill Sarah Connor who was pregnant with her son, John. However, this time, a more advanced Terminator has been sent back in time to 1994, by Skynet to finish off the ten-year-old boy, John Connor, who would grow up to be the leader of human resistance. Once again, the resistance team sends a different humanoid robot to stop the Terminator from harming the boy and protect his life. You can stream the movie online on various streaming platforms including Netflix and Prime Video. 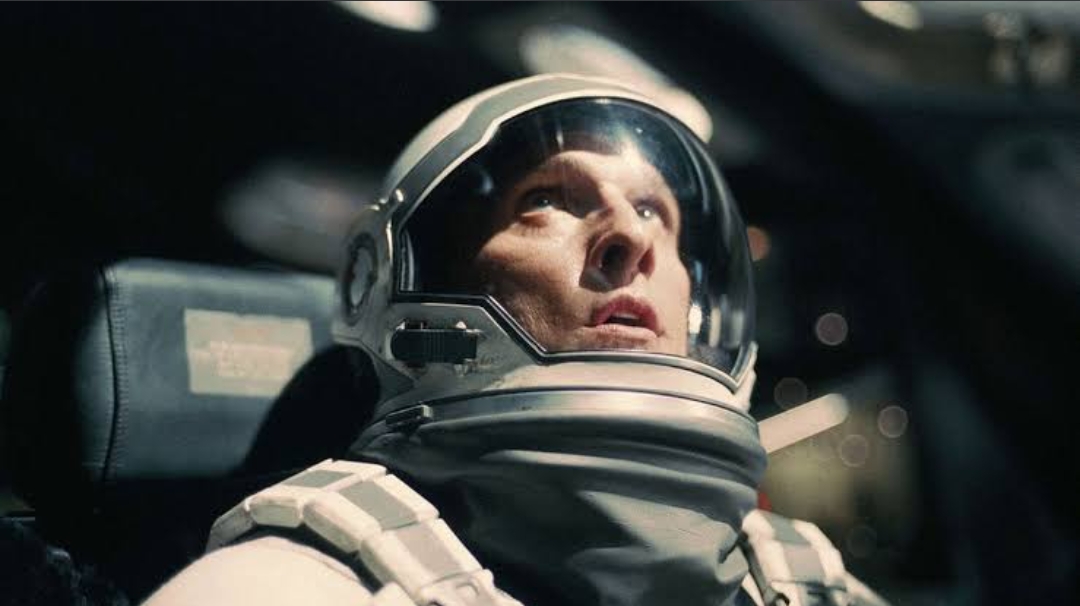 If you want to watch a mind-bending, tippy movie with the theme of time-traveling and what it to stay with you for a long time after watching it, Christopher Nolan’s ‘Interstellar‘ can be the best option. The movie has been set in a dystopian future where a team of astronauts is trying to look for a new home for the human race as the whole Earth is gravely suffering from food shortages with corn being the most valued food. The team discovers a mysterious wormhole and utilizes it to explore different new worlds, to come up with a place for human beings to reside. The movie has been upheld owing to the amazing cast and although the runtime is almost three hours, it is worthwhile to watch this unique exploration of mankind. You can surely check it out on Netflix, Prime Video, and Vudu.