By Amrit Chatterjee
In Shows
on September 16, 20202 min read

Station 19 Season 4 will be lighter than season 3, reveals showrunner

After the explosive revelation at the end of season 3, Station 19's boss says the team has planned a 'lighter' season 4. 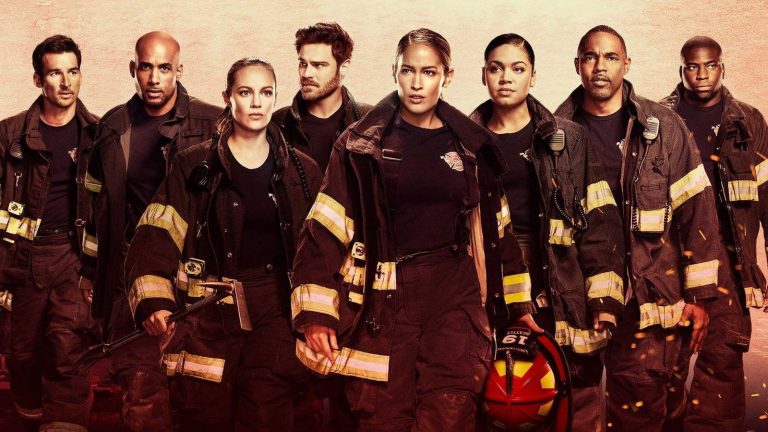 The action-drama TV series, Station 19 ended its third season on an explosive note, and fans cant wait to see what happens after the cliffhanger finale. Created by Stacy McKee, the show serves as the spin-off to Grey’s Anatomy.  Recently, the showrunner opened up on season 4 and revealed tidbits of what’s about to happen, so here is everything you need to know about the interview.

Season 4 of Station 19 will be continuing from it left off in the third installment, and we expect the overall core elements to remain the same. Season 4 will continue to dive deeper into the lives of the firefighters and will closely monitor them as they prepare to face the next set of challenges that season 4 will bring with it. Now, we know that you might be guessing what’s about to happen after knowing season 3’s conclusion, but it would be wise for you to spare some time as we have got hold of the latest update on the season.

The fresh new update comes straight from Grey Anatomy’s boss Krista Vernoff, who revealed during an interview with TV Line that the forthcoming season would be a lot ‘lighter’ than season 3. Now that’s an immense relief if you consider. Acknowledging the dark nature of season 3’s storyline, she went on to say that just like the rest of the world, our heroes will face the struggles of the pandemic, however, despite that, the characters will have their moment of joy.

Her official statement read, ‘This season, the team pulls together and finds a lot of joy despite the heaviness of the world.’ According to her, season 4 will address the mysteries surrounding Andy’s mother. Now that she is alive, the show has a lot of questions to answer, and we positively hope to get all the details in Station 19 Season 4.

Season 3 featured a total of 16 episodes that are as follows:

Season 4 is expected to feature a total of 16-20 new episodes.

Station 19 Season 4 will be eying a release window in the first half of 2021. Due to the pandemic and all the challenges imposed on the entertainment industry, the schedules will change from their previous pattern, but we will keep you posted, so stay tuned.