One Piece Pirate Warriors 4 is the next big One Piece game that’s been getting a lot of attention lately, and just by the looks of it, we can’t wait to get our hands on it. The game looks much better than Pirate Warriors 3 and is something that we have high hopes for. Recently, we got the news that two big characters from Whole Cake Island, Charlotte Katakuri, and Snakeman Luffy will be added to the game. Now, on top of that, we’re getting characters from Wano Country as well.

According to a recent leak, Basil from Wano Country, and Kaido will also be added to the game soon. They’ll both be available as playable characters, which makes the game exciting as hell to play. As for their move-set, we don’t know much of what it is. For Hawkins, it’ll be mostly related to his Wara Wara no Mi devil fruit. 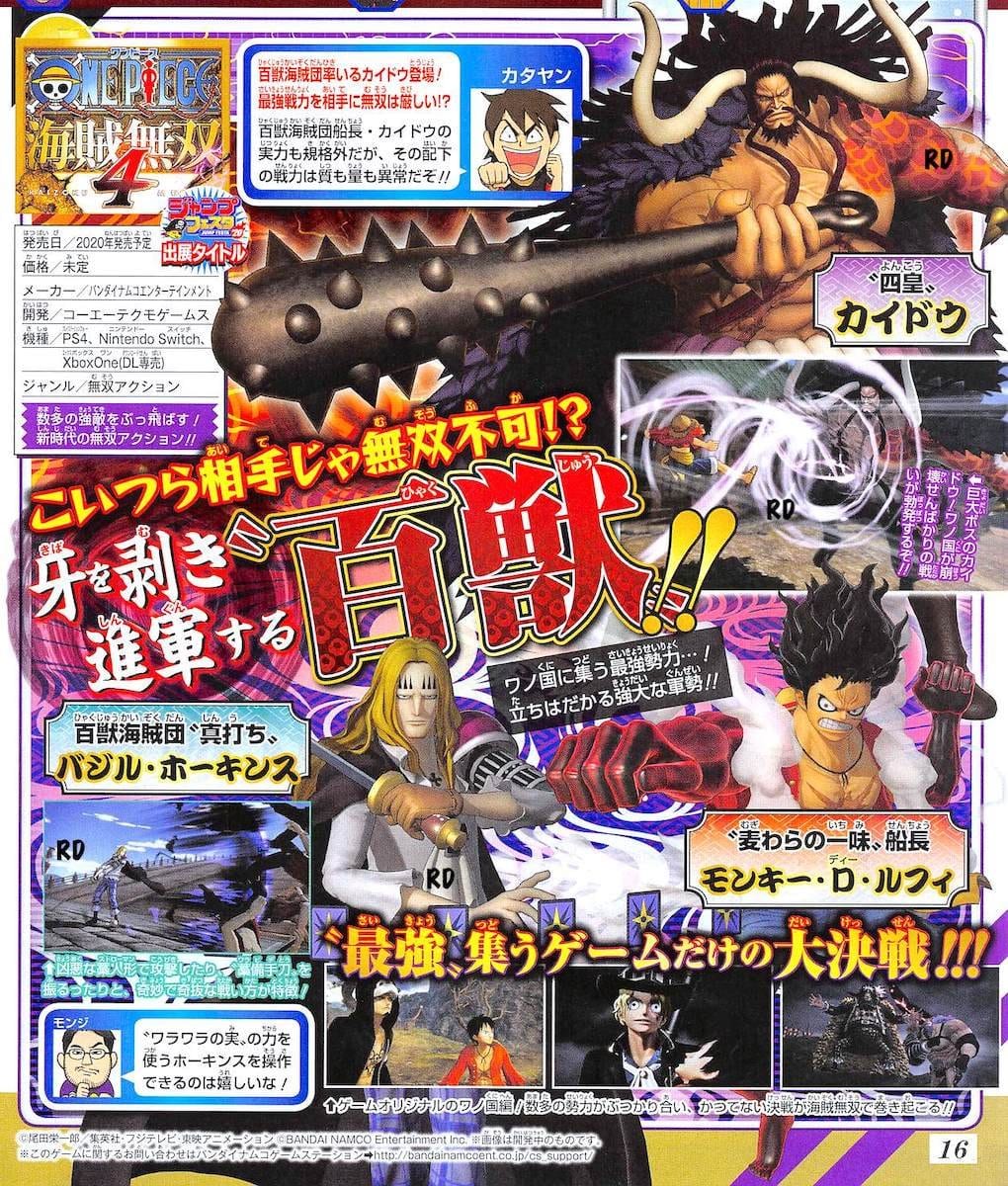 Meanwhile, Kaido will likely use his club to deliver some powerful blows on the enemies. It is also possible that we’ll see Kaido transforming into his dragon form in the game as well. If that’s possible, then the likely move-set for Kaido will include Borobreath, and Divine Thunder ad well.

We think this might just be the best One Piece game to date, and so we can’t wait until it finally releases.

Along with Charlotte Katakuri, Snakeman Luffy, Basil Hawkins, and Kaido, we will likely get more playable characters announced in the future. Fans are going to have a lot of fun playing with these characters in the game, and hopefully, we’ll get more such additions to the game soon.

One Piece Pirate Warriors 4 will be out at an unspecified time in 2020.

Are you excited about the game? Let us know your thoughts in the comments section below!

Shokugeki no Souma Season 4 Episode 2 – Where To Watch Online, Preview, And update

‘Doctor Sleep’ Cast, and Everything We Know