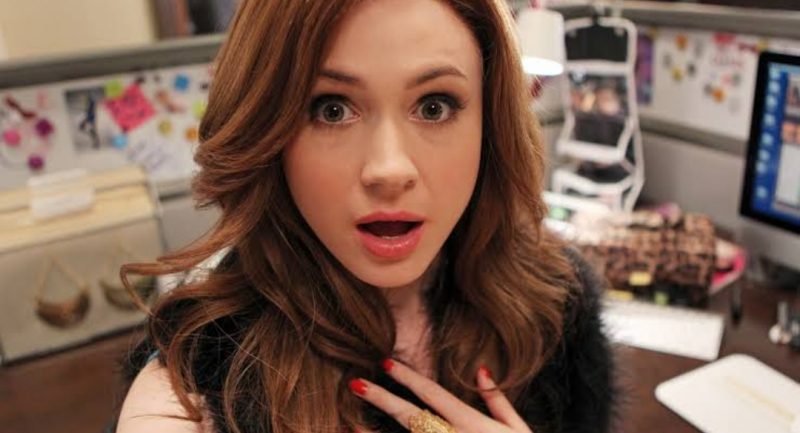 Karen Gillan has been well known for her acting as Nebula in the Marvel Cinematic Universe. Just like her other co-stars from the MCU, her fame and talent helped her to pave her way towards other well-known franchises.

Karen Gillan has worked with Dwayne “The Rock” Johnson, Kevin Hart, and Jack Black in Jumanji Reboot, Jumanji: Welcome to the Jungle. She will also be seen in the sequel film, Jumanji: The Next Level. Gillan’s wardrobe went viral while she was in Mexico with the Jumanji 2 cast for doing a press conference.

Fans are expecting that Gillan’s cosplay as April O’Neil can look similar to that of Nebula in Avengers: Endgame.

There has been a lot of commotion regarding the new outfit. We are not yet sure if Gillan chose her outfit by herself for the cosplay. Maybe it was a coincidence. Nevertheless, it went viral and got attacked by thousands of TMNT memes made by fans.

Effect of the viral cosplay

However, this did not have a bad impact; in fact, it has caused a benefit to Karen Gillan as fans would like to see her for the next Teenage Mutant Ninja Turtles movie. The picture that went viral has inspired the people to support her, and now they want to see her in future TMNT movies.

Fans have yet to decide if Megan Fox can be a choice to play April O’Neil, or would they like to go with Karen Gillan. Subjected to all the attention Gillan has been receiving lately, it would not be wrong to say that, according to fans, TMNT should give her a chance to play the role. We can watch Karen in the upcoming movie: Jumanji: The Next Level that will hit the theatres on the 13th of December, 2019.