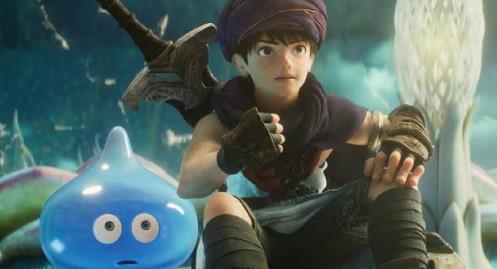 Saori Kumi, the novelist behind Dragon Quest V, has decided to sue the production team of the Dragon Quest: Your Story movie. The 60-year-old author filed the complaint against at the Tokyo District Public Prosecutor’s Office and Tokyo Metropolitan Police Department, reports ANN.

Kumi has issued a statement on the complaints filed, which reveals that the film’s production committee made use of her work without her permission. Saori first filed the civil complaint at the Nagano District Court, Saku branch, on 2 August. That’s the date when the film opened in theatres in Japan.

The most recent complaint filed on 5 December is against the Dragon Quest: Your Story’s production committee, as well as other companies related to the project.

Kumi alleges in her complaint that the production committee of the film used characters from her novels like the protagonist Ryuka and Ryukeirom el Kel Granvania without her permission. The name Ryuka is used in the novels, whereas in the game Dragon Quest V, the main character is simply named “Hero,” and players can choose to name him whatever they want.

Kumi states that the name “Ryuka” is used more than 400 times in the movie, and many fans were misled into thinking that the film was an adaptation of her novel. She states that the production committee intentionally used her character’s name without her permission and that this is not a case of communication error or any other misunderstanding.

Dragon Quest: Your Story is the first 3D CG anime film of the Dragon Quest video game franchise. The movie was released in Japan on 2 August 2019 by Toho. The film was criticized for its use of famous live-action actors to voice the characters as opposed to professional voice actors. The film didn’t use Akira Toriyama’s art style, and much flak was received for the film’s character designs.