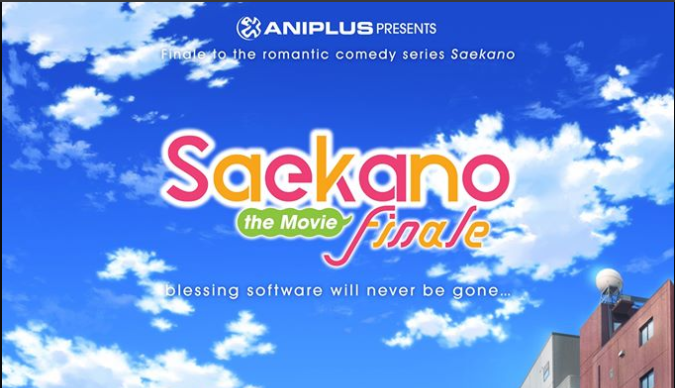 Southeast Asian pay television Aniplus Asia has announced that it is going to hold a fan screening for Saenai Heroine no Sodate-kata fine, which is the anime film from the Saekano: How to Raise a Boring Girlfriend franchise. In a post on Facebook, Aniplus Asia announced that the film screening would take place in Thailand on 11 and 12 January.

Here is the announcement of the screening on Twitter:

🎟Each ticket comes with 1 x character board and 1 x A4 clear folder.

The film is going to be screened at the Paragon Cineplex in Bangkok. As mentioned in the announcement, each ticket purchase will also include a character board and an A4 clear folder.

The story of Saenai Heroine no Sodatekata (Saekano: How to Raise a Boring Girlfriend) revolves around Tomoya Aki, who is an otaku obsessed with collecting anime and light novels. He wants others to experience the same joy from these anime and light novels’ captivating stories and characters, and so he wants to create a video game. Unfortunately, Tomoya doesn’t know how to create a game, so he recruits his childhood friend Eriri Spencer Sawamura for illustration purposes and literary elitist Utaha Kasumigaoka to write a script for his visual novel game. Now that the gang is assembled, Tomoya needs the inspiration to direct the game, which he finds in the beautiful Megumi Katou, who Tomoya bases the main character of the game on.