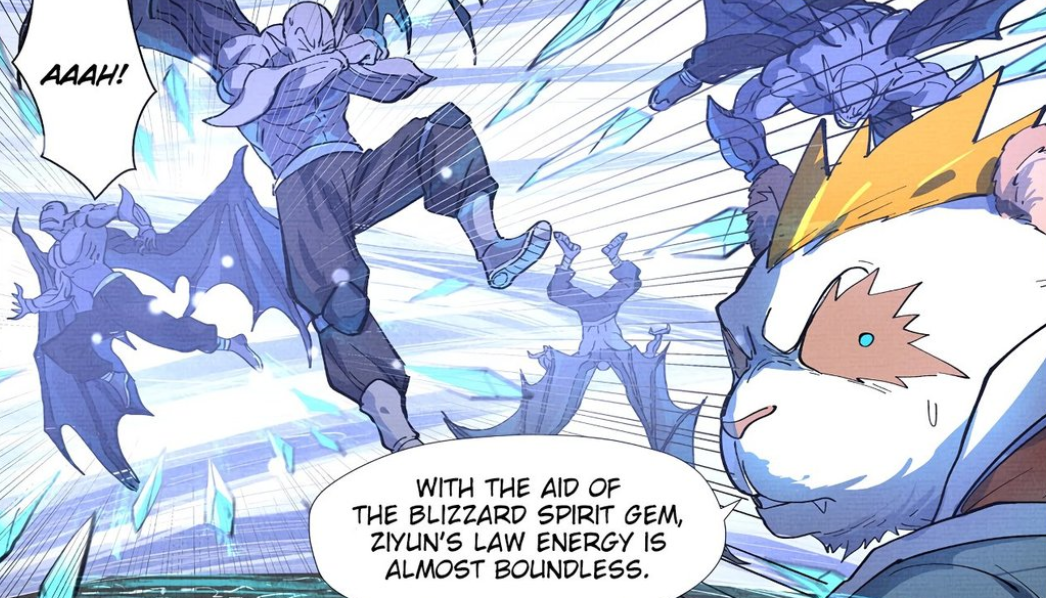 The Zombie Jiao Dragon is on a rampage in the latest chapter of ‘Tales Of Demons And Gods,’ meanwhile, Nie Li can do nothing but watch as the Gem he was after fall into his competitor’s hands. This manga released its latest chapter on the 20th of January 2020 with the release of chapter 258.5. So in this post, we are going to talk about ‘Tales Of Demons and Gods’ Chapter 259 details. This post will contain spoilers, so if you don’t like them, you can skip the spoilers section below.

Tales Of Demons and Gods Chapter 259

Nie Li easily shows his strength as he quickly takes out the monsters he is fighting. This leaves other contestants, and even his teammates amazed at how strong he has become this time. As the monsters realize that he had seen through the attack patterns, they decided to come up with a new way to fight him. However, Ziyun backs her up, and this easily leaves them confused and open to more attacks. This only attracts the attention of the higher legend ranks as they are prepared to go at full power against him.

When Can You Expect ‘Tales Of Demons and Gods’ Chapter 259?

Where To Read ‘Tales Of Demons and Gods’ Manga?

Since this Manga updates on such a faster pace, it is a little difficult to find sites that are entirely up to date with new releases. The Manga creators “Hatigarm scans” recommended reading at the “hatigarmscans” official website as they always stay up to date with the latest chapters. Note that Raw scans for the latest chapters usually arrives 2-3 days earlier, and we advise you to read from the provided official website as this will help the Manga creators and its publishers when promoting their novel.

What Is ‘Tales Of Demons and Gods’ Manga About?

Tales of Demons and Gods revolves around Nie Li’s life, who ranks high amongst the strongest Demons Spirits in his experience within the martial world. When he lost his life during his battle with Sage Emperor, and the six deities ranked beasts, he was reborn back in time when he was 13 years old. As he became the weakest in his class and had the lowest talent at only the Red soul realm, he used the knowledge he acquired in his past life to train faster than anyone. He then aimed to protect the city from the coming future where he was assaulted and destroyed and also to protect everyone he failed in his past life.