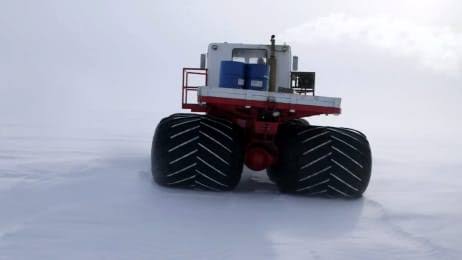 An American documentary series, Alaska Mega Machines, is an educational yet inspirational show which is telecasted on Science Channel. The show centers around one of the biggest machines on Earth in the State of Alaska. Alaska is known for its inspirational landscapes, but an equally rugged topography is making life almost impossible out there. But amazing machines and dedicated men help Alaska running in freezing temperatures.

The show tries to portray how these enormous machines are engineered. The lead character of the show explores every corner of Alaska and discovers some most robust machines on the planet.

The show has completed two successful seasons and has been able to establish a class of passionate followers.

The show focuses on gigantic machines and equipment, which thrives, especially in extreme weather conditions. The lead character of the show travels more than 20,000 miles to film struggles of people living in Alaska to portray how these machines and people are struggling hard to keep Alaska sustainable during brutal winters. He also travels to other cities like Fairbanks and Anchorage.

In Season 1, we are able to see an active North American ship built, which will withstand strong tsunami waves. We have also witnessed the making of machines which will combat strong wind turbines in Alaska.

Season 2 features Ice Beasts, Giants of the Bush, Ice Road Goliath, and many such unparalleled innovations. Season 3 is likely to feature more fascinating machines and gruesome struggles of some of the most motivated citizens of the planet.

The main cast of the series is Micheal Churton. Other casts of the season have not been known as of now. As and when more details about the cast crew are known, we will let you know.

There is no news about the renewal of the series as of now. However, the current popularity of the series may induce the creators to renew the series for Season 3. If reprise does take place, we may see Season 3 coming our way in early 2020. We will keep you posted with the latest developments.