Haikyu!! (Japanese: ハイキュー!!, Hepburn: Haikyū!!, from the kanji 排球 “volleyball”) is a Japanese manga series written and illustrated by Haruichi Furudate. The story follows Shōyō Hinata, a boy determined to become a great volleyball player despite his small stature. Its individual chapters were serialized in Weekly Shōnen Jump from February 2012 through July 2020. As of July 2020, forty-five tankōbon volumes have been released in Japan by Shueisha.

‘Haikyuu!!’ manga marked its end on July 20th, 2020 and fans are in tears while saying goodbye to their favorite duo of ‘human tangerine’ and ‘king of the court’. Furudate-Sensei has given the otaku community a sports-genre gem in the form of ‘Haikyuu!!’

Over the span of 402 chapters, we follow the journey of Hinata Shōyō going from an amateur volleyball player to fixing his place in Japan’s National Volleyball Team. Inspired by Karasuno High School’s ‘Little Giant’, Hinata starts his volleyball journey in junior high school. But he fails miserably against his very first opponent school- Kitagawa Daiichi. A powerhouse team, whose setter Kageyama Tobio is known as ‘King of the Court’. Determined to defeat Kageyama and to follow the Little Giant’s footsteps, Hinata joins Karasuno High School.

Others might be oblivious to it, but Kageyama Tobio truly understands the sentiment behind his title. He is a king who is despised by his team members for he is reckless and in fact, a dictator. Hence, he finds himself alone on the court despite being an ingenious player, resulting in an unsightly defeat. Due to academic reasons and the rumor of the return of the famous coach, Kageyama decides to join Karasuno High School.

Upon finding that his rival is at the same school as him, Hinata is shocked. There begins a mesmerizing tale of rivalries and alliances, victories and defeats. And most importantly, a journey of volleyball.

The mere 31-minutes long match sets the foundation for Hinata’s growth. Introducing new characters aside from Hinata and Kageyama, the manga explores their comradeship and friendships. ‘Haikyuu!!’ appalls to everyone as the manga explains the sports in simpler terms so that any newcomer can enjoy volleyball as much as an actual player on the court.

One thing that separates ‘Haikyuu!!’ from other sports manga is its realistic nature. For reference, when compared with ‘Kuroko no Basuke’ which is a basketball featuring manga,  ‘Haikyuu!!’ comes on top as a better one.

The plays in Kuroko no Basuke seem non-sensical as players have been given Shōnen-manga powers such as ‘copying abilities of players in a glance’. In contrast, ‘Haikyuu!!’ focuses on hardships and also provides logical explanations behind the motions on the court. The ‘Generation of Miracles’ from Kuroko no Basuke is rather a group of players with unrealistic abilities. Haikyuu!!, however, portrays ‘The Monster Generation’ as players who have gone to lengths to improve their play and attain the top-most form.

Seirin High School wins the National Winter Cup in the very first year when Kagami and Kuroko joined the team. Whereas Karasuno High School only manages to get to the Quarter-finals of (National Level) Spring Volleyball Tournament. No team can grow monstrously and win every single match beforehand because a powerful duo appeared. ‘Haikyuu!!’ shows character development in a noticeable way. After the big match, Kuroko no Basuke focuses on the near future and ‘Haikyuu!!’ goes length to explore the future long-term plans of ambitious players and answers the question, ‘do they continue to play the sport after high school?’

‘Just because someone played a sport in high school doesn’t mean they’ll make a career out of it’, is a fact, and ‘Haikyuu!!’ strongly emphasizes it. Haikyuu!! shows that by portraying some characters choosing a different career path after graduation from high school and some continuing to play volleyball. So, unlike ‘Prince of Tennis’ or ‘Kuroko no Basuke’, ‘Haikyuu!!’ is a sports manga which is actually about sports. 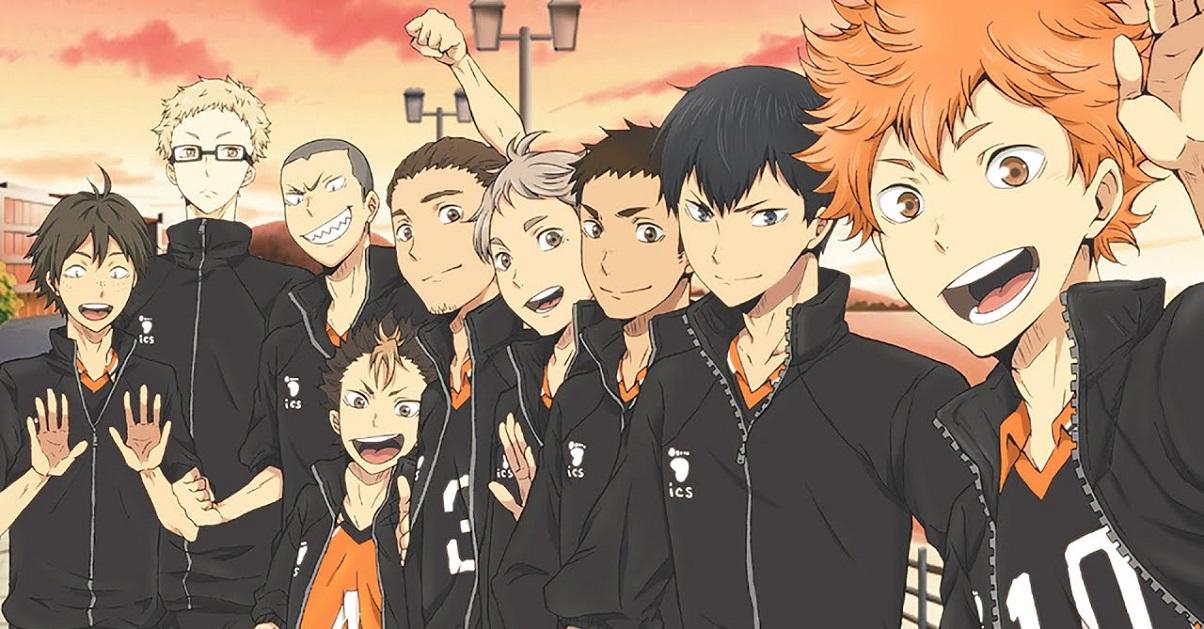 The thing about an open ending is that all fans might not like it, well not for Haikyuu!! The manga ends with a dialogue exchanged between Hinata and Kageyama promising each other their victory. They play on the opposite teams in World Men’s Volleyball Championship. They play in Japan’s men’s international team as the best setter-spiker duo. This open ending is highly appreciated because the fans know that the duo has achieved peaks and yet will continue to grow as they compete against each other.

Furudate Sensei doesn’t side-track any character that was introduced. All the fan-favorites return by the last chapter one way or other and fans leave the manga as satisfied as they can be.