Ah yes! Spring of 2018. It was a special time for me because so many of my favorite shows were returning. So I finally decided to watch some seasonal anime for the first time (and I’ve never missed a season since) and picked up some shows that caught my attention along with the long-awaited sequels I wanted to watch (Boku no Hero Academia 3rd Season, Steins; Gate 0 and more). Now, Golden Kamuy was a popular show at the time, but it has faded into the background since the season ended. So here I am, back again, trying to breathe new life into a show that I personally really enjoyed and believe others would too.

Saichi Sugimoto earned the name “Immortal Sugimoto” on the battlefields of the Russo-Japanese War. He was released from the army for almost killing a superior and was left to fend for himself. He is now looking for gold to help the widow of his late brother-in-arms. A traveler then introduces him to an urban legend, something that would solve all his problems.

The legend says that the Ainu, original inhabitants of Hokkaido, had huge amounts of gold stolen by a criminal. This treasure is now hidden away in a location that can only be uncovered with a map’s help. The map can only be completed when all its pieces are brought together – tattooed skins of escaped convicts.

Sugimoto meets Asirpa, a young Ainu girl, and they set off to search for the tattooed prisoners. There is danger at every corner as others seek the famed Ainu gold as well. Armed with Asirpa’s knowledge of the land, the two of them depart on a journey of revenge, greed, and murder. 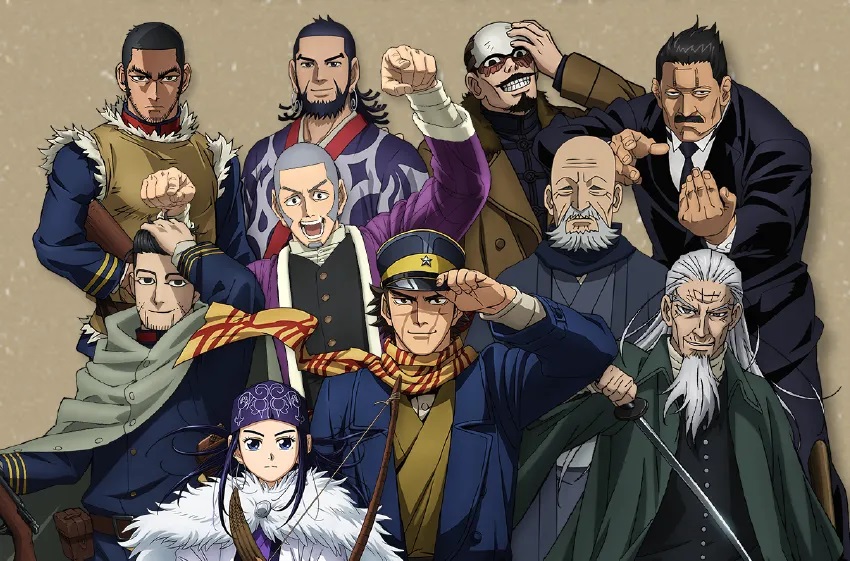 Golden Kamuy is different. It’s a great historical setting, a unique main pair, and a colorful cast of characters. But what really sets it apart is that while primarily being an action show, it also delves into the Ainu culture. Ever heard of the Ainu? I hadn’t either, and I had no idea that Golden Kamuy would put so much emphasis on them. Every episode, you learn a bit more about the Ainu people, their culture, and their food. A lot of importance has been given to their food, and all I can say is “Hinna Hinna!”

Who doesn’t love a treasure hunt, right? While this lands on the more gritty side of things, it is rather enjoyable. The story is fascinating and keeps you hooked, which is a good thing because the show demands your full attention. You can miss out on plot points or interesting bits of trivia if you are distracted. Also, there are pacing issues, so you may lose track if you are not entirely committed. 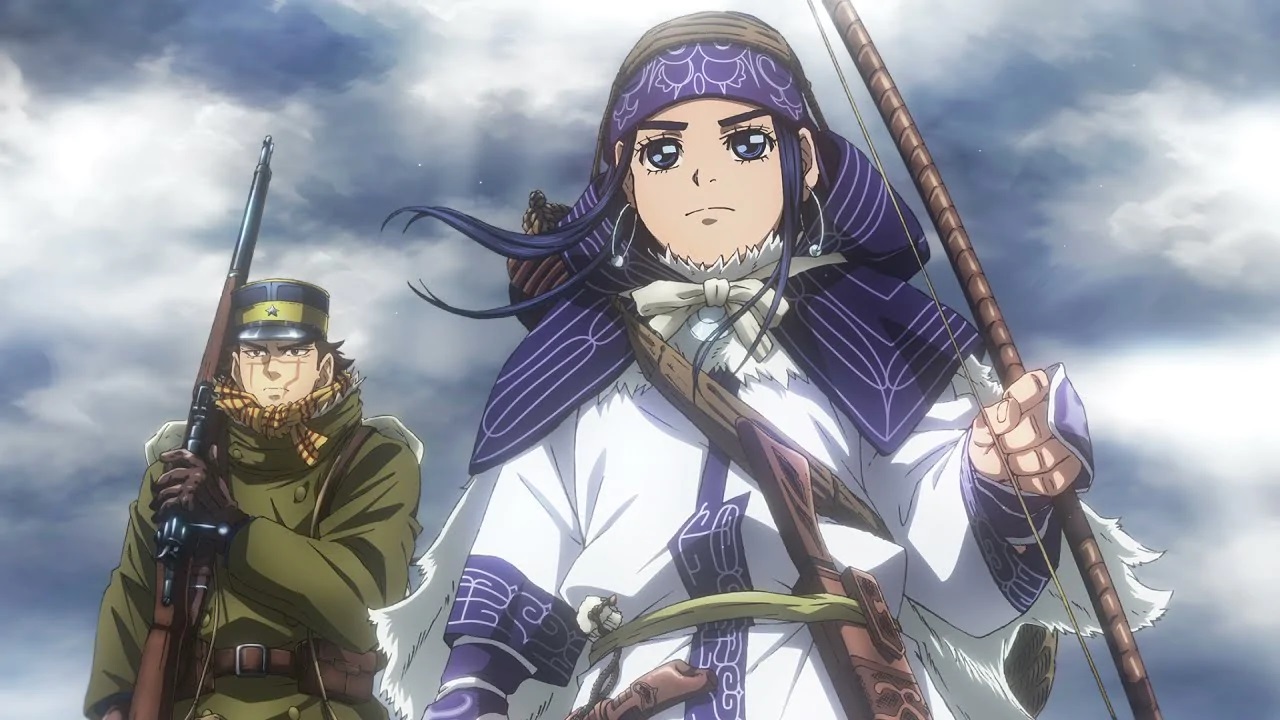 The aforementioned problems aside, there is not much to complain about in the story. It is a fresh setting, and several twists are lying in wait for you. Also, there is something new to learn from every episode, about the Ainu, about Hokkaido, and about the Russo-Japanese war. Stuff like this appeals to me, and I really enjoyed them. Apart from the action and cultural education, Golden Kamuy also sets some time aside to be quite funny. Most of it is borderline silly, but one does get a good laugh out of it at times, and that is what matters, right?

This is where Golden Kamuy truly shines. There are quite a few characters in play here and might feel a bit overwhelming at times, but you do warm up to them eventually. The anime is literally littered with interesting characters, from goofy Shiraishi to enigmatic Hijikata, and there is never a dull moment no matter who is in the spotlight. The main duo, though, truly knocks it out of the park. They have perfect chemistry, and their interactions are incredibly fun. Especially Asirpa, she is an absolute treat to watch.

This is where I was really, really let down. I mean, well I’ll leave this here. The animation was overall pretty ok, borderline good even, but the CGI was completely unwarranted and really felt out of place.