The King of Glazreich, a father to five princes, has summoned Heine Wittgenstein to the royal palace of Glanzreich to serve as a Royal Tutor to the four younger princes to make them worthy candidates for the throne. The Princes are said to be very notorious and have complicated personalities; they have always managed to trouble their tutors to the extent that they take their leave. Will Heine Wittgenstein will be able to make them his students? Also, Who actually is Heine Wittgenstein?

This anime is truly something that should get more attention. The show has a decent story like; it is straightforward and unrealistic, but the way they have executed it is truly commendable. The show is entertaining to watch. No drama or action, but a great comedy with some serious moments, which gives quite a great balance to the show. The strength of the story is, of course, comedy but, more importantly, the way it is done at the moment. It is not exaggerated, over-dramatic, or has illogical and undesired crappy comedy, mostly the case with comedy shows; the funny moments are funny. Also, along with comedy, the show has some story that binds you to it, so you know it is not going directionless.

At first, you might think this show is some Shounen-ai, considering there is no notable female character, but honestly speaking, it is not. Actually, shounen-ai is not even a sub-genre of this show. This show is very heartwarming, hilarious, and has some memorable moments. If you want to watch a wholesome and enjoyable show, taking a break from action or mystery, this show is truly one of the best out there. 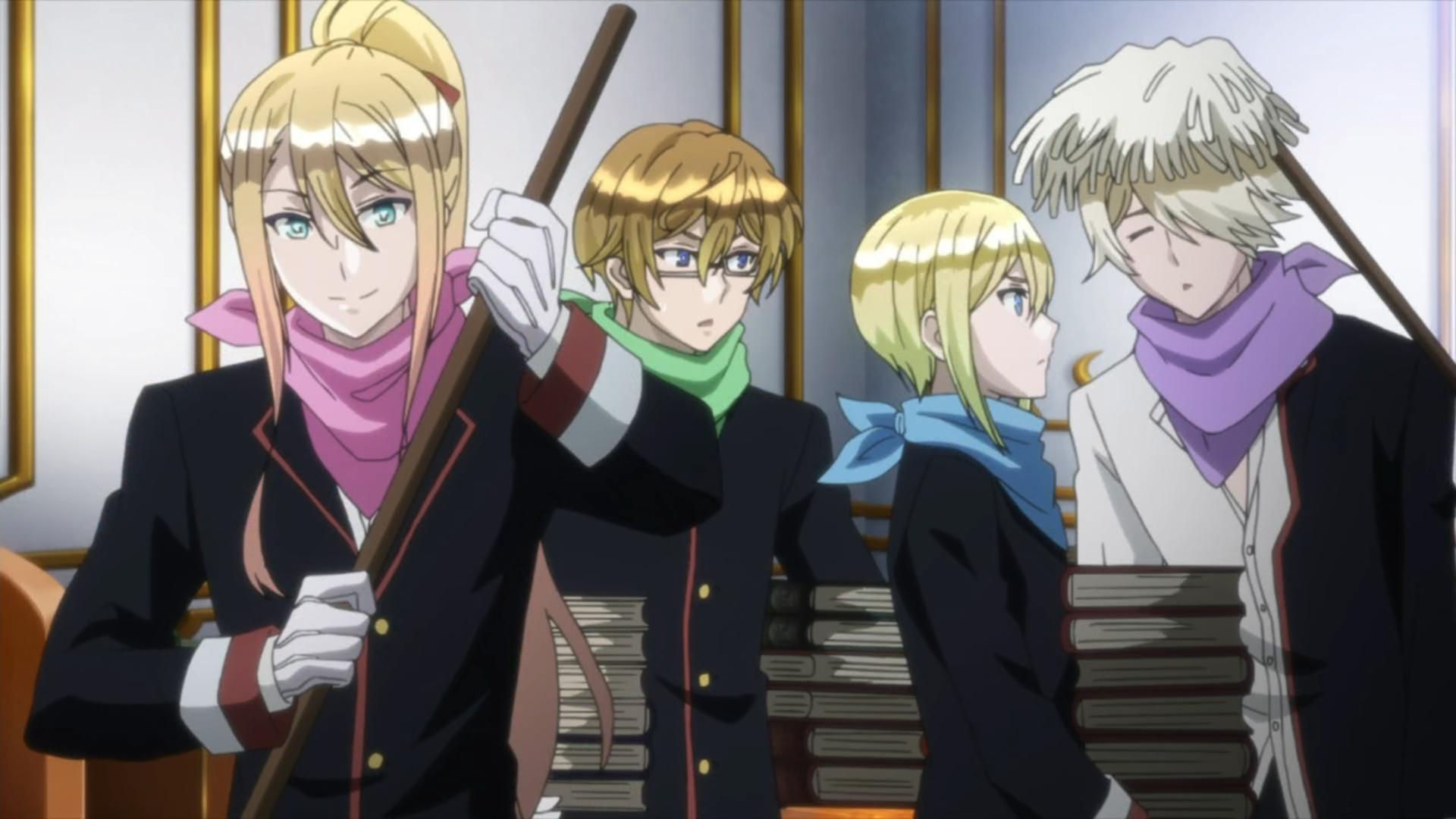 Along with the comedy and execution, the characters are the biggest selling point of the series. The characters feel real; their traits, their flaws, and their emotions make them relatable and connect them to the viewers. All four princes have their own distinct personalities, which make them even more likable. Moreover, the show has given them their time to grow and develop, and it is quite interesting watching naive, notorious princes becoming a suitable candidates for the throne who can take their stand.

Along with the princes, the main character, Heine Wittgenstein or the Royal Tutor, has a pretty interesting personality. His design and character don’t match each other, but it makes him so unique and likable that you can’t stop but be interested in his character. The other important character is King Victor, who comes around in the second half, but makes his presence felt. The duality of his character as a King and a father is very well balanced.

There are two other characters, the first prince Eins and Count Rosenberg, who wasn’t explored. If another part of this show comes, we might have something to know about them.

The art style of the show is good, especially chibis. The main focus has been the chibis; almost every character turns into a chibi throughout the series, which are funny and adorable. The character designs are also good, and every character is special and distinct, especially The Royal Tutor himself, with great design and costume.

The animation is usual, but they have compromised with the quality, so there are no drops or inconsistencies. Considering the story, which is a comedy rather than action, they have done a good job of animating poker faces and silly moments.