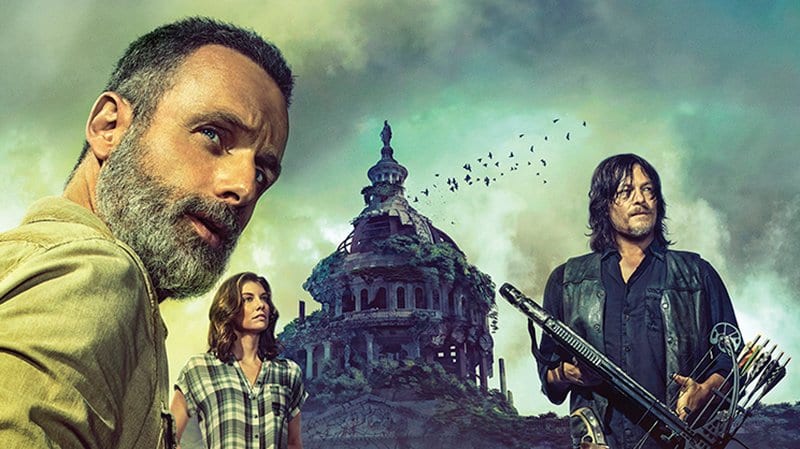 Just a couple of hours ago, EW confirmed that Andrew Lincoln has a jam-packed schedule and it cannot line up with AMC’s superhit TWD. This news comes ahead of Walking Dead’s panel at San Diego Comic-Con, 2019, that Lincoln’s schedule wasn’t able to line up with AMC’s.

The news was received well by the fans of The Walking Dead universe, and fans of Andrew Lincoln. His contribution to TWD franchise remains unparalleled, so fans such as myself are sorely going to miss his presence on the show. Andrew Lincoln starred in TWD for right seasons straight as Rick Grimes. At the very beginning of Season 9 last year, Lincoln’s Rick Grimes, as we saw was taken away in a helicopter by the mysterious Jadis. His character was never to be heard and seen again by his friends or family.

No Rick Grimes (Andrew Lincoln) In The Walking Dead Season 10?

Rick Grimes may not return to TWD franchise, but we very well were told that Lincoln would be back to the sets of TWD to direct Season 10 episodes. But it looks like that plan fell through. Lincoln’s contribution as a director in Season 9 was besides Michael E. Satrazemis. He shadow directed the 12th episode, “Guardians.”

Back then, Andrew Lincoln had said that he was going to be back, to shadow a director, which he did. His plan was to return next year to the sets of TWD. Andrew said that he couldn’t remain far off because he can’t bear the thought of it; he was thoroughly invested in the show and the continuation of the story.

Michael Cudlitz does direct TWD, if not Andrew Lincoln. He played Abraham Ford on the show for a couple of seasons, and as reports tell us, he’s directed an episode this season. Earlier, Cudlitz directed the “Stradivarius” episode in Season 10.