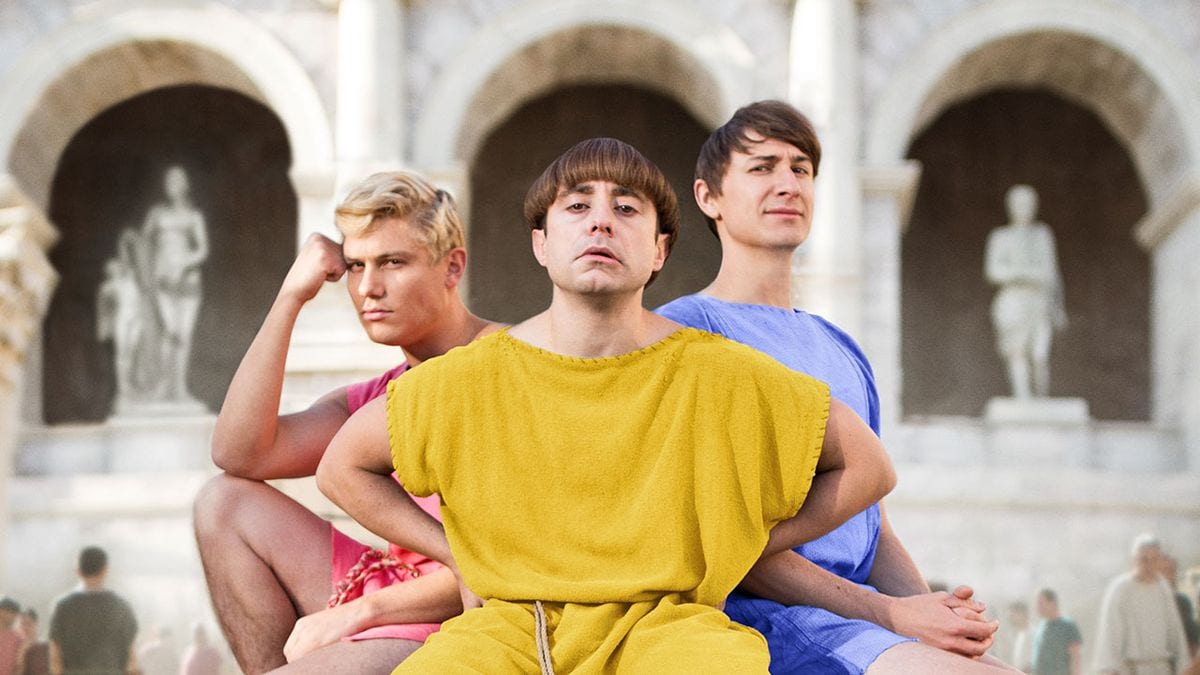 Amanda Holden from Britain’s Got Talent has joined the cast of Ancient Roman comedy Plebs. She will play a “lusty” aristocrat called Rufina. Holden was previously seen in a recurring role on The Worst Wich. 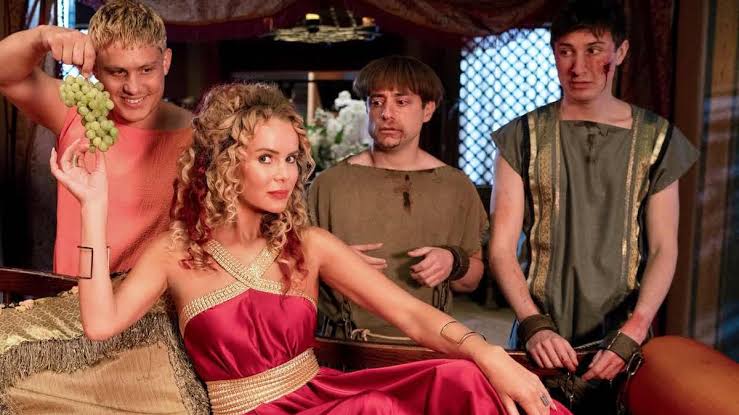 The filming for Plebs Season 5, kicked off in Bulgaria, back in the last week of may, with a bunch guest stars that includes the likes of Emilia Fox, Tony Robinson, Ann Oberman, John Thomson, Kevin Bishop, Leo Gregory, Nigel Lindsay, and Phil Davis.

Joining the show’s main casts are Tom Rosenthal (Marcus) and Ryan Sampson (Grumio) as well as Jonathan Pointing (Jason). For Season 5, Jason will become Rufina’s “plaything for the evening” as he gatecrashes a banquet. The character of Holden will set right on Jason, and from what we saw in the teaser image for Plebs series five, it doesn’t look like it’s a problem.

The guest star for Emilia Fox, in the show, will leave the forensics lab in order to travel back to Ancient Rome where she will play a detective. Tony Robinson stars as an archaeologist and Leo Gregory will play a “chariot hooligan”, we are told.