Every Lovesick fan has only one thing looming large on their minds, and that is whether the show will return for a fourth season or not. Over time, conflicting reports have come out, some suggesting that Lovesick Season 4 will happen, and others suggesting that the show’s third season marked its end. 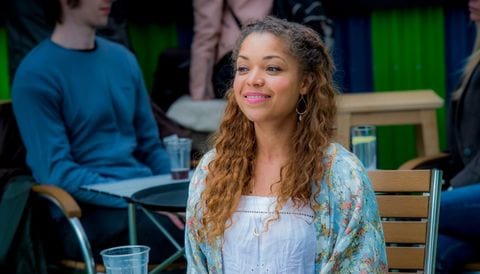 Lovesick Season 4: All We Know

From what we’ve heard recently, it looks like Lovesick Season 4 might not be coming out at all. We’ll be discussing that, and everything else that we know about the show in this post down below, so let’s get started!

Before we begin, please note this post may contain official spoilers from the next season of Lovesick series. If being spoiled is not for you, I suggest that you stop reading the post here. However, if spoilers don’t bother you, we can get started. Also, note that we did not create the spoilers or leaked them. They’re available all over the internet.

For now, all that we’ve heard is disappointing stuff that suggests Lovesick Season 4 won’t be happening, atleast not anytime soon. Netflix has not confirmed or denied anything just yet, but Antonia Thomas talked to Digital Spy and according to her thinking, its most recent third season was its last.

There are lots of factors that suggest Lovesick Season 4 won’t happen, and the biggest of it all is the availability of the actors. Most of the cast is busy with other shows.

According to Thomas, playing Evie was a joy for her, and she’d love for the show to return, but it’s very unlikely. However, she doesn’t completely rule out a return, saying who knows what the future holds.

“I’d love to do more Lovesick, but I just don’t know,” she said. “Everyone is so busy, and just all over the place. Getting us all back together could be tricky. But you never know.”