Pokemon Sword and Shield have recently revealed in a new trailer the new information on its type, abilities, and its lore. This was all revealed in the live stream that was going on for twenty-four hours. Most people were watching because of the promise of Ponyta. Many Pokemon were shown like Impidimp, Morelull, Swirlix, Phantump, and Shiinotic wandered past and then almost at the end, a Pokémon appeared.

Galarian Ponyta isn’t the Fire Horse Pokémon that we once knew. Now it is called the Unique Horn Pokémon. It is fluffy in appearance, it has overflowing life energy of the Glimwood Tangle, and its design is inspired by Celtic mythology. The energy is enveloped in its gorgeous looking mane and will light up if the arcane energy is especially strong in its surroundings.

Its two new abilities are Pastel Veil and Run Away. Runaway is an ability that lets the Pokemon escape and ignores any trapping moves set on it. The second one is Pastel Veil, is an ability which ensures immunity to poisoning moves and extends to its allies, meaning that these status effects will be cured once Ponyta is on the field. Its type has been revealed during the live stream. 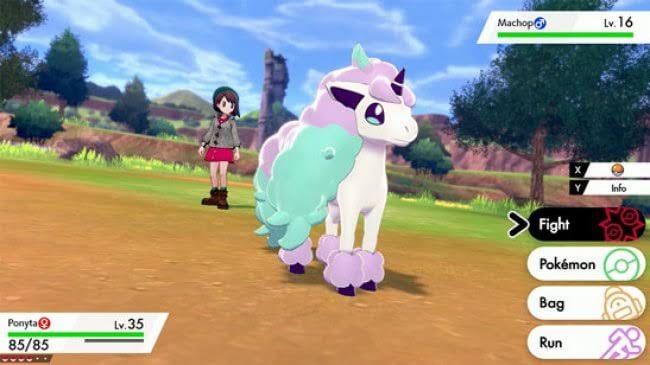