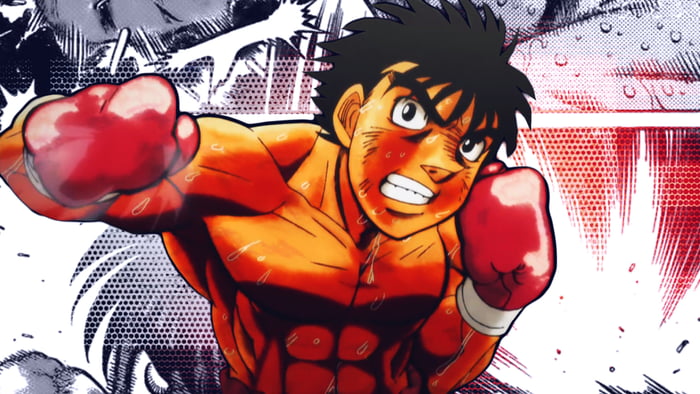 Although Hajime no Ippo’s Manga is amongst one of the longest-running, the adaptation is somewhat at a slower pace. Aoki, Kimura, and Tagaki continue with their weight control training to prepare for their fight taking place in 4 days. They seem to be struggling as they reach their limits, and they’re still recovering from their frequent sparring, which left a great toll on their bodies. Meanwhile, Kimura is struggling to shed more weight as he has not yet lost enough of it. In a desperate attempt, he went to a steam-house only for him to end up losing the only 500g, which shows how much he is really trying but only for the results not to be as much.

Chapter 1283 will further reveal how his attempt to lose a few more grams would be going on as he would now be the only 400g above the weight limit. The Manga progression is going at quite a stable pace, meaning that chapter 1283 is not that far from release and publication. This means that, as other chapters are usually released on Tuesdays Chapter 1283 is likely for release on the 3rd of December, as this week seems to have had delays

Hajime no Ippo follows the life of Makunouchi Ippo, who is always bullied by his high school peers. He always dreamed of changing himself but lacks the passion for making it happen. When he was saved from bullying by Takamura Mamoru, who was a boxer, he ended up fainting, and Takamura took him to his gym to recover. When he woke up, he was amazed by the gym environment as Takamura attached a photo of his bullies to a punching bag so that Ippo can punch it as much as he wants.

This stirs a lot of intense emotions from Ippo, leading him to ask Takamura to be his trainer. Underestimating Ippo, Takamura gives him an impossible task to complete in one week only for him to successfully manage it well, and that began Ippo’s Journey to rise to be the top Boxing champion.

Hajime no Ippo Manga has been running from 1989 on Weekly Shonen Magazine with 126 volumes published so far. The anime adaptation released only 3 seasons, The fighting from 2000 – 2002, New challenger from January to June 2009 and Rising, from 2013 – 2014. One television film and one OVA was released with only the manga left ongoing currently.