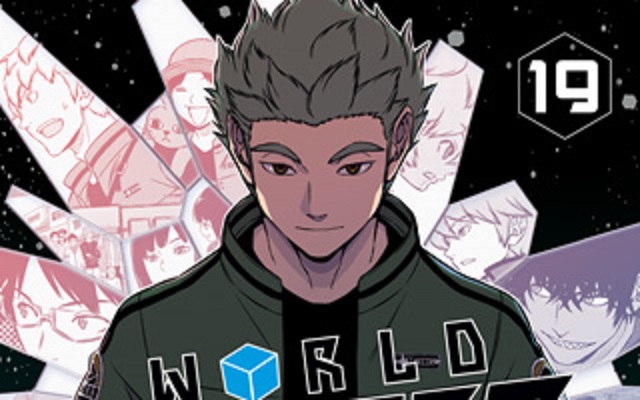 World Trigger Manga continues as on its latest chapters, an unknown Neighbour allied with Tamakoma. Later they met Osamu and his friends regarding the latest developments at Border as Hyuse joins their Squad. Everyone was coming up with new strategies, and Ema, from Kageura squad, considered throwing their next move against Tamakoma-2 in an attempt to help Chika stay with her friends on the away mission. Arafune then reminded Ema that he is also capable of protecting Chika on the away team.

Written and illustrated by Daisuke Ashihara, World trigger takes place in Mikado City, Where a gate to another world suddenly appears bringing in “Neighbours,” dangerous monsters that bring destruction with them. “Border,” the agency that manufactures Triggers, the only weapons effective against Neighbors, trains its members to battle Neighbours as they appear occasionally. When a mysterious white-haired student named Yuma Kuga, transferred to the local school. He met Osamu Mikumo, who is a Border trainee. Kuga is revealed to be a strong Humanoid Neighbour, and he follows Mikumo for guidance in order to prevent him from being discovered by Border.

World Trigger Manga is released on a monthly basis by Viz Media with Chapter 189 scheduled for the 3rd of December. Individuals chapters have been serialized in the same manner by Weekly Shonen Jump as of February 2013. 20 Volumes have been released by June 2019 with Viz Media licensing three series. Unfortunately, the Manga was put on a hiatus due to the author’s health issues after the 50th issue of 2016. Later on, it returned on the 48th issue of Weekly Shonen Jump on October 29, 2018, until November 26. It was then transferred to Jump Square from December 4th, 2018.

The anime adaptation aired from the 5th of October 2014 produced by Toei Animation and was broadcasted on TV Asahi. It ended up producing 73 episodes despite the initial order of 50 at first. World Trigger’s Summer Festival 2015 event announced the production of World Trigger: Isekai Kara no Tobosha, which was later adapted as the “Fugitive arc” of the Anime. The anime was finally announced for its end on March 7, 2016, with only the Dub episodes currently in production from January 2017.