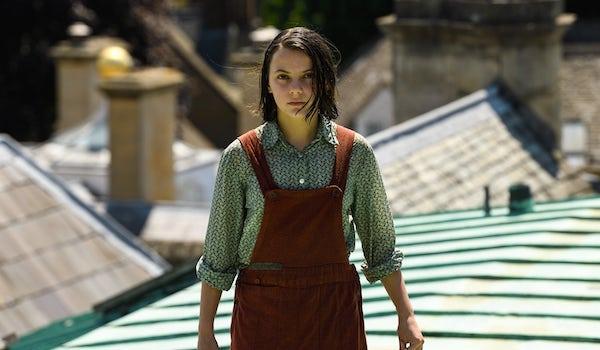 His Dark Materials can be called one of the successful shows of 2019, and now we have completed the first season as well. And the fans are busy thinking about the season finale scenes, although they are more interested to know what happens next. Therefore, we are here to discuss His Dark Materials season 2 update, cast, and updates. So, stay tuned to get more details about your favorite show.

What is it about?

The show’s synopsis is: This is one of the supreme works of imaginative fiction for both children and adults published in the 20th century.
Northern Lights introduces Lyra, an orphan, who lives in a parallel universe in which science, theology and magic are entwined. Lyra’s search for a kidnapped friend uncovers a sinister plot involving stolen children, and turns into a quest to understand a mysterious phenomenon called Dust. In The Subtle Knife she is joined on her journey by Will, a boy who possesses a knife that can cut windows between worlds.
As Lyra learns the truth about her parents and her prophesied destiny, the two young people are caught up in a war against celestial powers that ranges across many worlds and leads to a thrilling conclusion in The Amber Spyglass

Is His Dark Materials renewed for season 2?

Well, it is not yet officially announced whether there will be a second season or not. However, we do have enough information to conclude that there will be another season of the show. Producer Jane Tranter had her own perspective before the first season even started broadcasting. There is usually a year gap between productions of TV seasons, but during that time, the teenage cast can grow a lot which can disrupt the continuity between the adjacent episodes of connected seasons.

Therefore, Tranter wanted to make it smooth as she already convinced HBO and BBC to make it a 16 episode order for the show. Hence, she completed the first season by December 2018 and had the cast working again for another season by July 2019. This means, the second season is coming and it is well deep into production currently. Therefore, it looks like they are even almost done with all the production work and might be in post-production phase.

When will His Dark Materials season 2 release?

Well, we need to wait for an official confirmation to know the exact date, but it is clear that they are ready to release the second season way earlier than expected. However, it is still possible that they take enough time and release it by the end of 2020, and not rush it. Also, there are chances of release in a few months, or around Summer 2020. So, let’s wait for official confirmation!

Who will be in His Dark Materials season 2?

The majority of the main cast will be back, such as Keen as Lyra, who is the main character. Also, Wilson will reprise the role of Mrs. Coulter, McAvoy as Asriel, Lin-Manuel Miranda as Lee Scoresby, Ariyon Bakare as Lord Boreal, Andrew Scott as Major John, and Wilson as Will Parry.