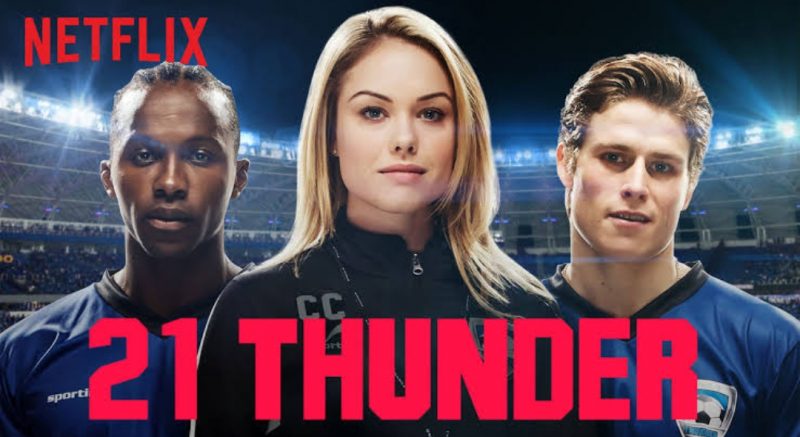 21 Thunder is a Canadian drama TV show based on sports. It can watch on the popular platform Netflix and CBC in Canada. The creators of the show are Adrian Wills, Riley Adams, and Kenneth Hirsch. The location of the show in Montreal, and it is backed by PMA productions as well as Generic Productions.

The show revolves around the star players of a soccer team, which is under 21 and is known as the Montreal Thunder soccer team. The creators of the show have also tried to put emphasis on other sports like hockey and basketball. However, they reached a decision to focus on soccer. The review received has been positive, and the show has received praise.

The cast of 21 Thunder Season 2

21 Thunder Season has various important characters. Christy Cook is played by Stephanie Bennett, who is the New female assistant coach. Emmanuel Kabongo plays Junior Lobo, who is a talented young player and has been signed into the Montreal Thunder. RJ Fetherstonhaugh will be playing the role of Nolan Gallard.

In the upcoming season, new stars will join the show as the team progresses into the professional leagues. It will bring more drama and rivalry as the characters come forward with battles against each other.

The storyline of 21 Thunder Season 2

Soccer is already a highly competitive game loved by fans all around the world. The show is about a team of soccer players. The show revolves around how the selections occur and how the talented players are added to the team. It also focuses on how some players get deviated from their real career and focus.

The show is not only about how the game is played and how players lead their lives, but it also has elements of love, crime, and sex, which runs parallelly with the soccer life. The opening of the show highlights Junior Lobo, a talented player who is persuaded to come and join the team. He demands that his brother should come too.

The show will make you go crazy if you love sports and wants to have a close look at the lives of sportsmen both on the field and off the field. It deals with their relationships and actions. There is a lot more to the show than you can think, including the egos of the coaches and players clashing. The show is mainly loved not for showing the success of the players but the hard work and dedication behind their performances.

There is also a lot of sacrifices that the players have to make to move their way towards glory. The show converts the sport into emotion, and the players are seen to use their heart, not head at times, which lands them in trouble. The upcoming season might bring new players and will bring with itself a lot more action and drama.