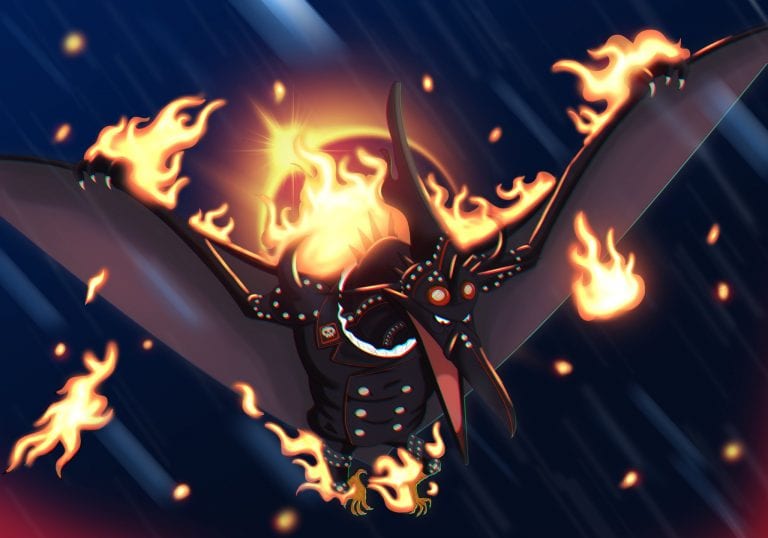 One Piece Chapter 930 dropped recently, and it was one of the best chapters that we’ve gotten so far in Wano Country. After a 3 week break due to the holidays, we picked up from Zoro entering Ebisu Town where he met some people who were just as weird as Tonoyasu himself.

Here, it is possible that we will meet the Witching-hour Boy, who has been distributing gold among the people. At the gates of Wano Country, Big Mom decided to show up, and Kaidou tried his best to stop her and almost failed at doing that until King stepped in and knocked Big Mom Pirates’ ship off the waterfall. King’s Devil Fruit was revealed to be the Dragon Dragon Fruit Ancient type Model Pteranodon. King does look like he is powerful, but we cannot say how powerful for now.

The fate of the Big Mom Pirates is unknown right now, but they will be fine, and they will get into Wano Country sooner or later. Anyway, we then moved to the Flower Capital where Law, Zoro, Sanji, and Franky are running away from the Beasts Pirates, but Sanji decides to fight them because they’re hurting innocent civilians.

Sanji takes out his Raid Suit bottle and is ready to fight against Page One. In the next chapter of One Piece, we will likely see Sanji transform into his Raid form, and he will begin his fight against Page One. I think that we should be seeing a bit of Big Mom Pirates as well. I think they’ll either wash up on the shores, just like Luffy did, or maybe they’ll launch a counterattack immediately with Perospero saving Big Mom from drowning.

We will then see Sanji vs. Page One begin, and even though Page One is someone very strong, he will struggle to keep up with Sanji’s new Raid Suit. It is possible that towards the end of all this, Zoro will decide to show up, and we will see Sanji and Zoro vs. Drake and Hawkins.