Savannah Welch Joins DC’s Titans Season 3 as Barbara Gordon! More About The Role Of Barbara Gordon In The Third Season Of Titans!

While DC keeps struggling to form its own shared universe of superhero characters in the movies, the small screen side of DC keeps growing and working swiftly and smoothly. For the past decade, DC has been attempting to break into the big screen movies following the success of their rival promotion Marvel who has successfully executed their franchise and keeps growing towards phase 4 with their Disney+ shows. While DC keeps dealing with their movies as they struggle with a darker tone, actors leaving, and continuity issues, the various television shows have managed to grasp success with all the elements efficiently. Let it be Arrow’s darker tone, Batwoman’s lead changing for the second season, or introducing the Flash’s multiverse for the finale of Arrow; everything has worked out pretty good in the end regardless of the universe not having their big three, which includes Batman, Superman and Wonder Woman.

One of that popular DC Television shows is none other than “Titans,” which, after embracing two successful seasons, is on its road to come up with the third season that is set to introduce more infamous DC Characters to their little bubble which as announced, includes the likes of Barbara Gordon and Scarecrow. The news and talk of the town are that “Titans” have officially announced their Barbara Gordon, and here we are breaking down who will be playing her and what will be her narrative in the upcoming Titans Season 3.

A new report from Variety has revealed that Savannah Welch, who is known for her role in the History Channel series “Six,” has been part of Titans Season 3 as the former Batgirl Barbara Gordon. According to the report, Savannah Welch, as Barabara Gordon, will be joining Titans Season 3 asher character will serve as the Gotham City Police Commissioner throughout the season. Later, Titans’ official Twitter account confirmed the news of Welch being signed in as Barbara Gordon, also known as the Batgirl.

CASTING ANNOUNCEMENT: We are excited to announce that one of the most beloved characters from the #DCuniverse will be coming to season 3 of #DCTitans. Please welcome Savannah Welch as Barbara Gordon. pic.twitter.com/tP3qgizOne

The report further added a little more information about the narrative of Barabra Gordon in the upcoming Titans Season 3 on HBO Max, which states that Barabar Gordon has quit the mantle of Batgirl after she was shot and paralyzed by Joker, which led her to use a wheelchair for the rest of her life. The report also states that Barabar Gordon’s life is about to get more complicated upon the return of Nightwing, played by Brenton Thwaites, which may reignite their romance while they fight crime together.

Savannah Welch, on this side, has pretty critically acclaimed movies on her resume, which includes the likes of “Boyhood” and “Tree of Life” and her impressive work on the History Channel series “Six” as a Marine who suffered amputation during combat. Let’s not forget, Savannah Welch herself is an amputee who lost her legs after an accident back in 2016. Welch’s addition to the series is a huge plus for the show and herself.

Read More: Lucifer Writers Bring A Disappointing Information On Season 5B! Is Lucifer Season 5B Not Coming Anytime Soon?

Well, we have to admit that DC’s Titans so far has done an impressive job when it comes to its darker tones while also keeping the audience entertained with their in-depth storylines. Savannah Welch’s addition as Barabra Gordon is just going to show more into their own universe of DC characters, which previously introduced the Doom Patrol, Aqualad, and Iain Glen as Batman (who, to be honest, is considered as worst Batman ever by the fans). 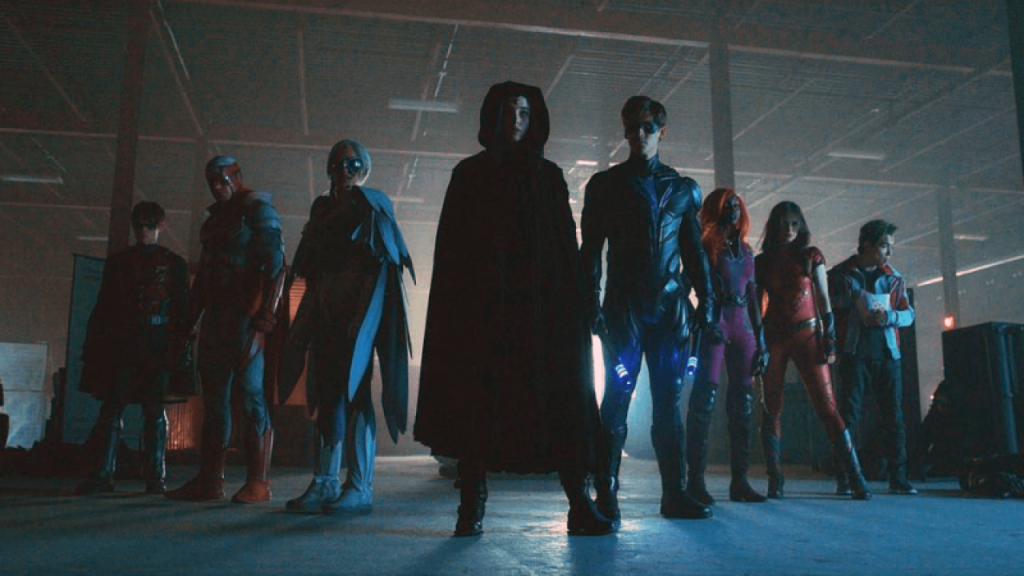 On the other hand, the story of Barbara Gordon has been thus picked up from the infamous “The Killing Joke” comic, which sees Barbara getting shot by the Joker himself. For the series, it’s been once or twice that the show has mentioned Joker, so who knows, we might get another iteration of the character. Also note, the series is speculated to feature Jason Todd’s transition from Robin to Red Hood, too, so fingers crossed.

For Barabara Gordon, though, we are set to see her as the Gotham City Police Department’s commissioner. She is a former Batgirl, which means she knows all the ins and outs of the Batfamily, which may give the whole GCPD a leg up to compete for the neck to neck competition with our heroes under the leadership of Barbara Gordon. We are also expecting to see the impressive technology she adored, as seen in the comics, which she may use to help the Gotham City Police Department along with the superheroes. Also, how the former romance between her and Dick Grayson works out is something to look out for a while they fight the villains together. DC’s Titans, which originally debuted on the DC Universe streaming service with its first two seasons, will now be shifting to HBO Max with its upcoming third season along with all other shows as announced by DC in September 2020. Although there is no news about the release date for Titans Season 3, we will keep you updating about the development of the series, so stay tuned to Otakukart News.