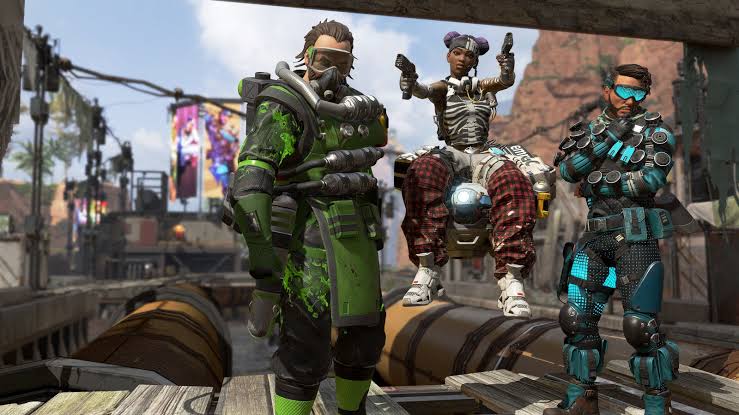 In this post, we are going to talk about Apex Legends season 1 everything that the season will have to offer. As we know, Apex Legends has become popular in a very short period, despite the fact that it has a different build. However, one similarity which the game shares with other popular games is that it is also a battle royale game.

Nowadays, battle royale games are very popular and they have been ruling the charts. Gamers across the globe are busy talking and playing PlayerUnknown’s Battlegrounds and Fortnite, it is astonishing to see a new game coming in and making its way to the headlines. Apex Legends boasts that it has over two million active players, which is incredible!

Nevertheless, we are here to discuss when will the first season of Apex Legends start and their future plans about the game. Interestingly, they have made it simple to understand by saying that each year will have four seasons and each season will last for three months. They have also affirmed that the first season will start on 1 March 2019, and the second season in June 2019. Take a look at their roadmap and understand things better. 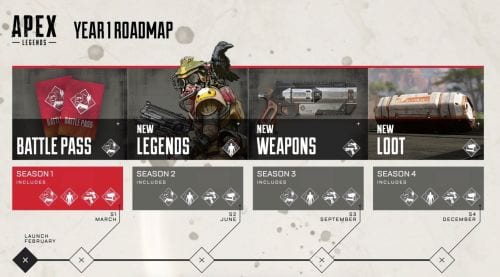 With new seasons, the creators will provide the players with new costumes, skins, and loot with updated weapons and some altered gameplay. It is very much known that they will try to compete with the other rival games to keep the game more and more interesting by adding new features and different types of gameplay. We are informed that they will also provide new characters, or “legends” as they call it.

They already have some unlockable legends right now which are available by reaching to a certain level or by purchasing them using the money! But they will keep the game updated with new legends, and some of them are named – Husaria, Jericho, Nomad, Prophet, Crypto, Rosie, Skunner, Wattson, Rampart, and Octane. It is believed that Octane might be coming in the first season. So, we have a lot to see in the game yet, and we are eagerly waiting for it!