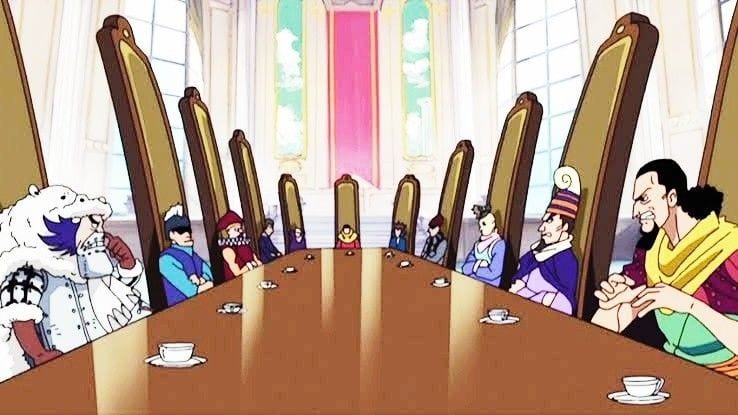 One Piece Episode 878 is just around the corner now, and in this post, we’ll be talking about what it’ll have to deliver. The Whole Cake Island arc is finally over. The Strawhats have left Big Mom’s sea and are now heading towards Wano Country. So where do we go next? Not Wano; at least not for now.

As some of you may now already, the Reverie arc lies in between Wano Country and the Strawhats, so we’ll be focusing on that now. Before we begin, I want to let you all know that this post contains spoilers from the current arc of the anime itself. There is stuff that you probably wouldn’t want to know if you don’t like spoilers. If you hate being spoiled, I suggest that you stop reading the post here. However, if spoilers don’t bother you, we can get started.

One Piece Episode 878 will have a lot of flashbacks as the Strawhat Pirates travel towards Wano Country. We’ll see all the people around the world getting the news that Strawhat Luffy fought against Big Mom and led the forces of Sun Pirates and the Germa too.

Moreover, the newspaper calls this fight a defeat for the Big Mom Pirates and a victory for the Strawhats. Luffy is said to be very brave, and portrayed in a manner he didn’t even act. Of course, this is followed up by Luffy’s new bounty of 1.5 Billion Berries and the title of the Fifth Emperor of the Sea.

Sanji also gets a new bounty which is the second highest in the crew after Luffy. His bounty is higher than Zoro, and is 330 million berris. We also see lots of other characters like Shanks, Akainu, Teach and others react to the new bounty of Luffy, and have their own say on it.

One Piece Episode 878 will air next Sunday. We’ll have to wait until 31 March 2019 to watch the episode. You can stream it on Funimation.