by Neha Mishra
in Entertainment
0

The American streaming service, Hulu, is an online subscription platform majorly owned by Walt Disney Company and NBC Universal in the minor stakes. It was launched on 27th October 2007. Since then, it is releasing all sorts of genres to be enjoyed by its online audience anywhere and at any time. Hulu provides some of the best series of genres like action, adventure, romance, sitcoms, etc. It entertains an audience of 45-46 million subscribers as of 1st January 2022. It also provides original content such as movies, news, miniseries, mockumentaries, and documentaries.

The recent series on Hulu by Steve Martin and John Hoffman, “Only Murders in The Building”, featuring Selena Gomez, is often making the news now and then. With the first season that was premiered in August 2022 and was critically acclaimed, its next season is scheduled to come somewhere in June 2022. Other popular shows include How I met your Father, The Girl From Plainville, Life & Beth, Grey’s Anatomy, etc. In this article, we will be mentioning some of the top 10 best action series, in particular, that can be easily streamed on Hulu. So let’s begin!

This series is an American horror action-adventure television series 1997. It is created by Joss Whedon. The show stars Sarah Michelle Gellar as Buffy Summers, Alyson Hannigan as Willow Rosenberg, and Nicholas Brendon as Xander Harris. This action series is one of the best series on Hulu, which is although less recognized but is critically acclaimed. It has 144 episodes over 7 seasons between 1997 to 2003. It is one of those 90s shows that feature women in some strong characters.

In the series, Buffy is a chosen one. She is the youngest in the line of vampire slayers, who are selected to get training in fighting the vampires. But unlike her predecessors, she has a ‘Scooby-gang’, which consists of some of her most trusted friends. The idea of Scooby-gang is derived from the scooby-Doo, a friends group that fights crimes. Although she wants to lead a normal teen life like others, she’s also aware of her inescapable duty as a chosen slayer and embraces her real self soon.

This is a reality show that derives its theme from a Swedish series of the same kind. Jeff Probst is hosting the show. Charlie Parsons created the show along with the host Jeff. It consists of 42 seasons featuring 617 episodes on all. This show is featured in this list of best action series on Hulu. It is all about the physical and mental challenges taken up by around 16 participants, left on an isolated island on their own fate. They have to live on meager supplies that hardly last for more than 40 days.

It is made a bit spicy adding frequent tasks and challenges to earn bonus points and luxury rewards to make life on the island easier. Its 43rd season is premiered in April 2022 already. It was among the top 10 most-watched shows for its first eleven seasons. The American version of the show was really famous one of its time.

This show is an American space adventure action series that premiered in 2002. Its creator is the writer-director Joss Whedon. It stars Nathon Fillion as Captain Malcolm and Gina Torres as Zoe Washburne, along with the other 7 main characters. However, the series has only one season with a total of 14 episodes.

The story is set in the year 2517 when the human has entered a new star system. It follows the space action and adventures of the nine crew of a firefly-class spaceship, Serenity. Also, the show tries to have a glimpse of the future where the two superpowers, the U.S. and China, enter into an alliance. Moreover, it gives a very crucial message that even though time and technology will advance with time, the political issues will remain the same. Its unique visual effects received much appreciation from critics.

Graham Yost developed this American action crime drama. It premiered first in March 2010. The series consists of a total of 78 episodes over six seasons. It is mainly based on the character of Raylan Givens’s story from the work “Fire in the Hole” by Elmore Leonard.

Timothy Olyphant plays the character of Raylan Givens in this series. He is acting in the role of the U.S. marshal who lives for the ideal of justice. But, he has his own set of old-time-based ideologies to serve justice. For example, he likes killing the hitman without a trial. And, all this makes him not only makes him an easy target for criminals but also for his own co-workers.

A historical action-adventure drama created by Michael Hirst. It premiered on the history channel in March 2013. It ran for 89 episodes over 6 seasons, concluding in December 2020. The show features Travis Fimmel as Ragnar Lothbroke, a warrior from Kattegat, and Katheryn Winnick as Lagertha, his first wife.
The filming locations are in Ireland. The stories belong to early medieval Scandinavia. It follows the life of Ragnar and his fellow mates. Also, the story belongs to the era of the 10th and 12th centuries.

This American series is an animated science fiction sitcom. It revolves around a psycho but talented scientist Rick Sanchez and his good-hearted grandson Morty Smith. This series created by Justin Roiland and Dan Harmon premiered in December 2013. This grandfather–grandson duo regularly engages themselves in various adventures to outer spaces and the alternate universes through strange portals and flying cars.

These adventures are life thrilling as well as ahead of their time. But all this creates turmoil in his already disturbed life. It jumbles up Morty’s home and school life. This action-adventure series has some comic instances in between the episodes. It has a total of 57 episodes featured in over 5 seasons.

24 is an American action drama series. It premiered in May 2014. It consists of around 204 episodes over nine seasons together in 24: Redemption and 24: Live Another Day. The series is created by Joel Surnow and Robert Cochran for Fox television. The show stars Kiefer William Frederick Dempsey George Rufus Sutherland, or simply Kiefer Sutherland as Jack Bauer, a counter-terrorist agent.

Jack works in a Los Angeles-based counter-terrorism unit. He has to combat some tough cases covering his life for 24 hours. To prove himself right every time, Jack has to curb the possible causes of crimes. He does this by uncovering the masked men and women who work for terrorist organizations, often including bureaucrats and politicians or even traitors from his own office.

9-1-1 is an American action procedural TV series that premiered in January 2018. It is created by Ryan Patrick Murphy, Timothy P. Minear, and Bradley Douglas Falchuk. It has a total of 74 episodes over five seasons.

This series represents the life stories of first responders in the country, i.e., police officers, health workers, firefighters, and dispatchers. It features Angela Evelyn Bassett as LAPD patrol sergeant, Peter William Krause as her husband and LAPD captain, Oliver Stark as a firefighter, Aisha Jamila Hinds as a paramedic, and many more in various roles.

This Japanese series is an animated action-adventure fantasy series based on a manga series with the same name. It is both written and illustrated by Koyoharu Gotouge. It premiered in march 2019. The show has a total of 57 episodes over 3 seasons. It revolves around the life story of a boy named Tanjiro Kamado, who sells charcoal for a living.

One day when Tanjiro wasn’t at home, the powerful demons kill his family. Also, his sister has turned into a demon, who is the sole survivor of his family. Despite all this, he keeps himself sane in such a critical situation. Tanjiro swears revenge on the demons and becomes a demon slayer. His aim is to revive her sister into a normal human being and take revenge on the demons who killed his whole family. The series features Zach Angular as Tanjiro, whose voiceover is done by Natsuki Hanae. Akari Kito has given her voice to Nezuku Kamado, Tanjiro’s sister. 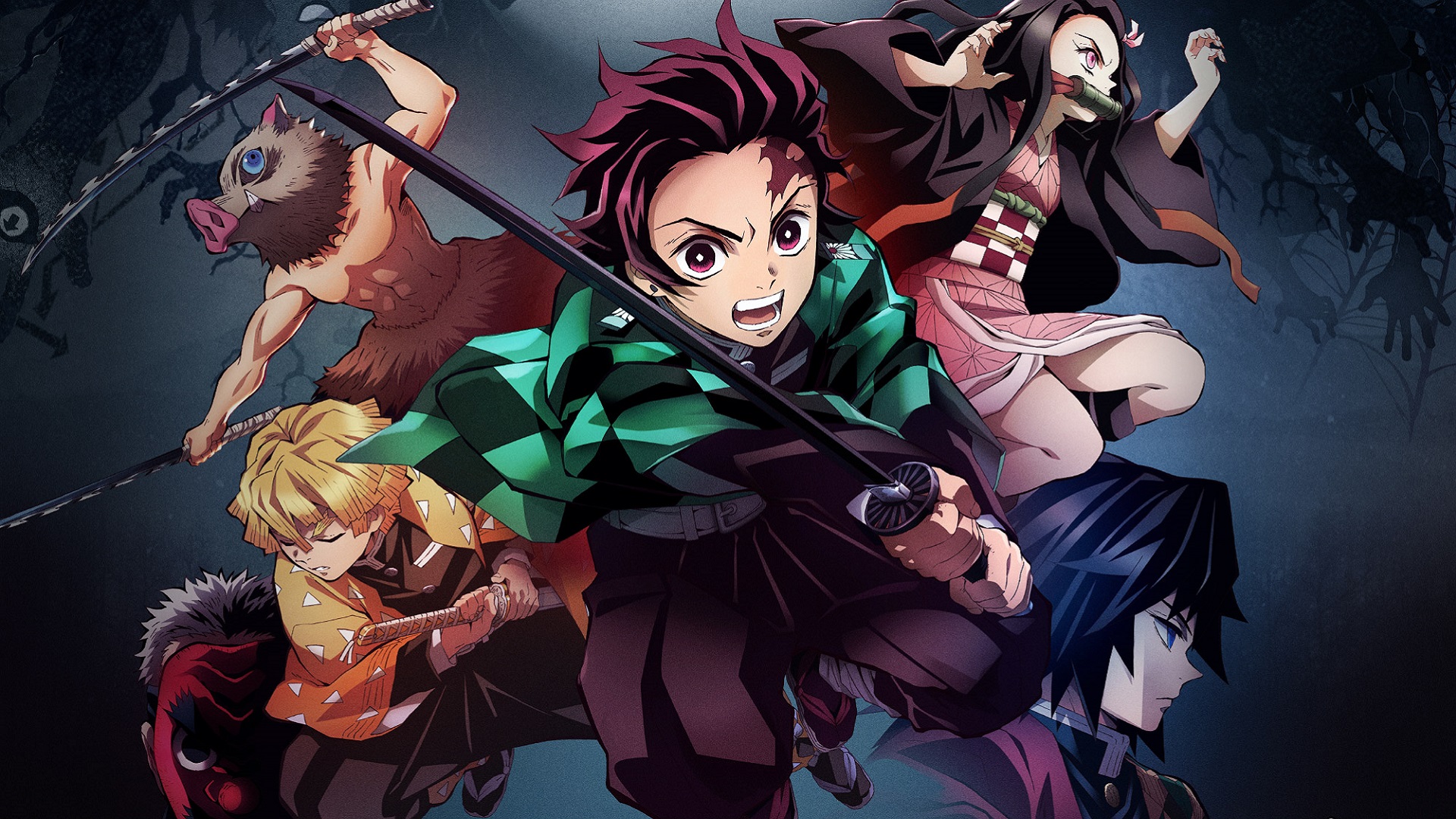 Cowboy Bepop is one of the latest and most popular action series on Hulu. It is an American science fiction live-action series based on a Japanese anime movie with the same title. The series displays the adventures of a group named the ragtag group of bounty hunters from the year 2171. Also, the group is behind the criminals of the solar system and fights them to save their space.

The group is the dweller of the bebop spaceship. The series has only one season with only 10 episodes. It is co-developed by the American writer Christopher Lee Yost and André Nemec. It stars John Cho as Spike, Mustafa Shakir as Jet Black, Daniella Pineda as Faye Valentine, etc. The plot, action, and special effects of this series received critical acclaim.

So these are the top 10 actions and adventure series to watch on the Hulu network. Hope the list is helpful and will guide you to some of the interesting stories for streaming on the online platform Hulu.

ALSO READ: Top 10 Most Popular Characters In The Rising of Shield Hero