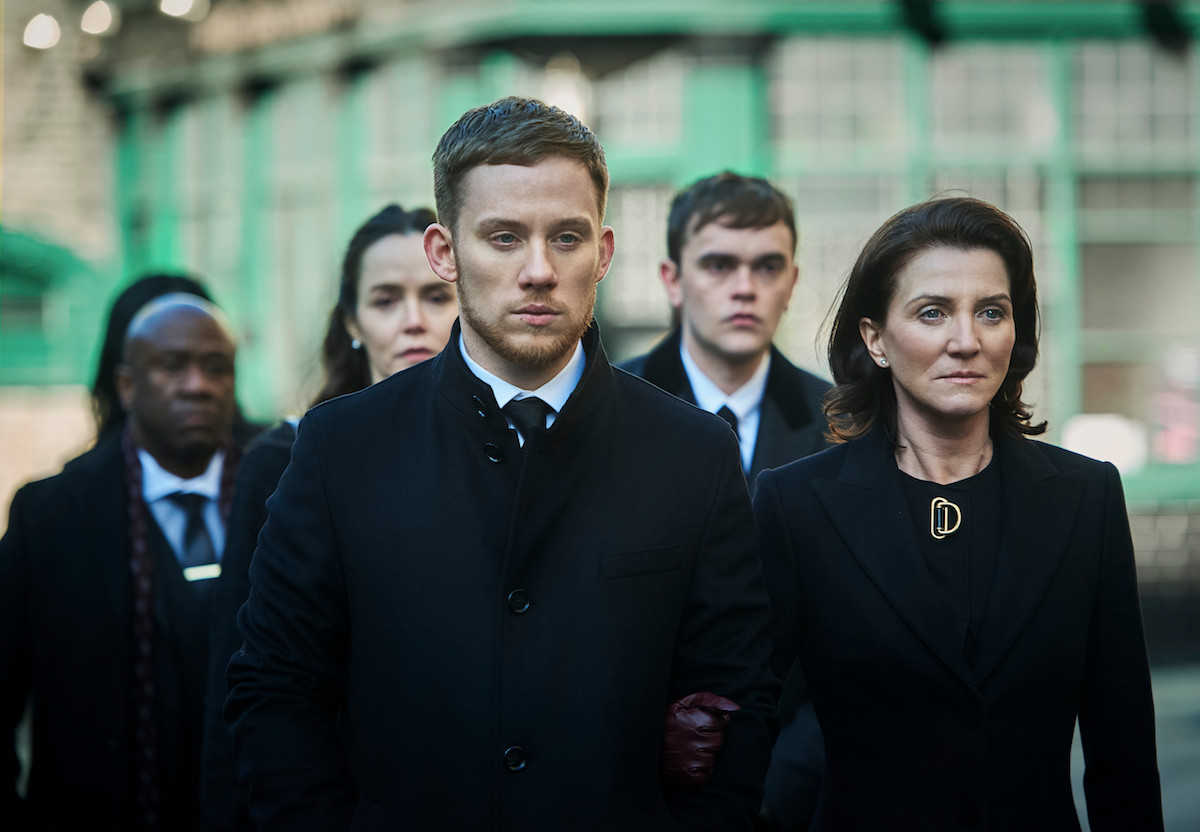 Gangs of London is an action-crime drama television series. Its created by Gareth Evans, Corin Hardy, and Xavier Gens. The series is completely based in the UK created by Gareth Evans and Matt Flannery. Gareth Evans is best known for The Raid action crime films. The story mainly focuses on rival gangs and other criminal organizations in present-day London. The entire first season of Gangs of London delivers an action block sequence and also brings out the underground tragedy that happens between the international criminal. The first announcement about the series came back in 2018 from the known technician.

Can we expect Gareth Evans’s dominance? Gareth Evans known for his unique way of taking his story is experienced in Gangs of London. He has produced many television series and worked in several films. He was known for choosing a quality script and proving his dominance behind the camera. Gareth Evans is a Welsh film director, screenwriter, editor, and action choreographer. Series is produced by two leading production companies from different countries. It was streamed in both the UK and the US. In Uk, it was planned to reach the audience through Sky Atlantic, and in the US on Cinemax.

Gangs of London update? It was released on 23, April 2020. Series received an overwhelming response from both the countries gaining decent profit for the production. It was earlier said that there might be a slight delay in the update of the series. Later it was released as planned from the development. Series has received a mixed response from the critics

What can we expect from Gangs of London? Gangs of London won’t be new experience those who have already watched  The Sopranos mobsters or The Godfather’s five New York crime clans.  The story has undergone several rounds of revision and changes making it more London centric and coming away from the Asian culture. Viewers can experience the classy and rich London sequences in the criminal story with highly polished building and sophisticated look which enhanced the overall experience. It gives the eye-watering level of violence combined with master plans and unexpected twist that makes it more interesting to watch. It’s not recommended for the kids to watch during the lockdown as it might disturb their mind, adults can enjoy the season with coffee mugs.

Evans and his partner Flannery are the key persons of the plot, plotters who plan their cast with many dealers taking forward their fight sequence with respect to Yuen Wo-ping and Hong Kong cityscape dramas. The initial plan was to give much importance to London. Infrastructure and town planning was considered while writing script which helps in creating a fully planned plot. City criminal network is fully documented around the ancient powers who have tried to dominate the city laundering the wealth and became rich by earning billions of pounds. Many gangs from different countries have tried hard to dominate the international criminal center using their intense powers.

The dark world of the criminal empire is mostly run by Albanian, Pakistani, Chinese, and Turkish groups in an unhealthy affiliation. Story of Gangs of London faces a sudden twist when Finn Wallace was murdered. Tension raises between the criminal groups on the murder of the most powerful and untouchable leader of the criminal world. He was considered as the dada of the underworld. In his dominance controlled the trade and tourism in the country for more than a decade. After his death a void created was unmatched and several powers planned to dominate his position and reclaim his power.

Eight hour-long episodes have several cold-blooded murders and unmatched revenge sequences to establish their power on the international criminal base. Its was the state of panic mixed with the confusion on who executed the murder. Many eagles were looking closely to take up Wallace dominance in the market. But everyone has a second thought about the power of family which has a huge impact on the international club. Sean Wallace has made use of this opportunity to establish his supreme power and to save the Dumani family headed by Ed Dumani. Many rivals were expecting him to take up the charge and to fulfill the huge vacuum that has created in their business. Many powers were eagerly waiting to replace Wallace and create their own empire.

Meanwhile, as Finn’s funeral gets underway, strong a well-planned plot was executed by the name of Elliot Finch who tries to overpower the action. It looks like the city was filled with fights and brawls where the goons got permission to take revenge from the authority. coming back to the start of the story where the random person is set on fire and dropped off a building. It’s found to be an innocent character where we don’t have any inner story connected with him in the upcoming episodes. it was just a start to give the audience the glimpses of information about the storyline of the series. As the drama progress we can experience the innocent people whose nail will be ripped out of their fingers and tongue cut into pieces, Hair picked from the head. 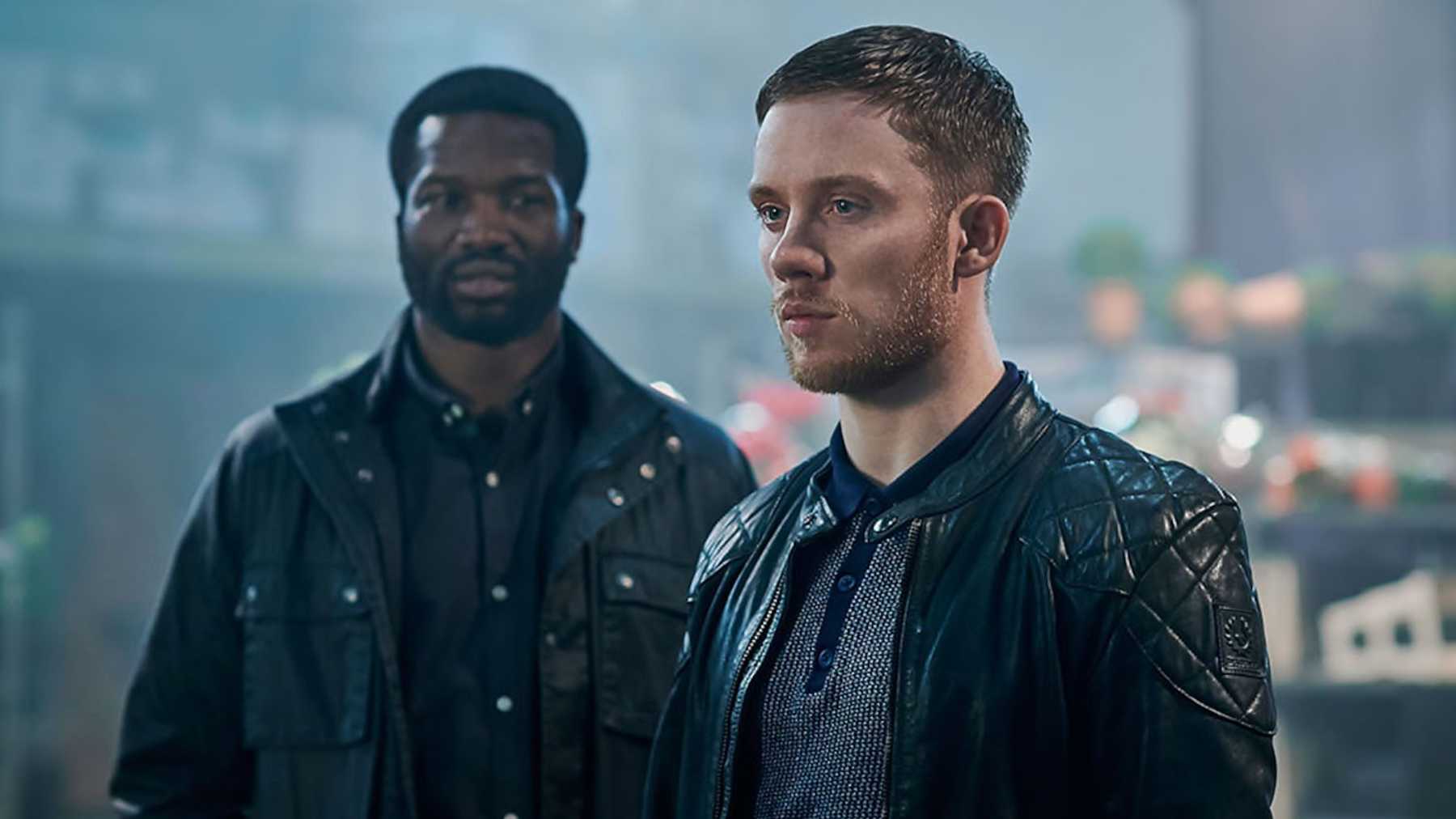 Many bodies will be founded in the streets of London with blood flowing down from their body. More shooting and stabbing are the part and parcel of the series. People will be burned done alive and buried in the concrete building with the patched of identity about their teeth and nails on the surface. Even though it’s based on the story of the country belonged to the European union though brings on the future and tradition from the Asian countries. In the street of 10 houses, more than fifteen languages are spoken making the city a mixed culture paving way for international criminals to rule the underground market. Gangs of London has a mixed plot with expressing his heavily into horror –  grim, gory and relentless. There’s a pinch of black humor spread around the eight-hour-long episode between the red blood.

It gives the glimpses of the criminal operations planned behind, before getting executed in real-time. It looks like the plot has hired the professional criminals and murders to take forward the Gangs of London, but it’s not true. Its recommended for persons with a romantic and lovable heart just to avoid the series because it might affect the phase of entertainment. It will be an eye feast for the action-loving community members to see the visual effects of the cold-blooded murders and throttling plans to execute criminals to prove their power. It’s expected that the development might renew the series for another season. Leaks and speculations suggest the there are a lot of chances for the renewal of the series. It too early expecting the series. We have to wait for the official confirmation.