Fans of Shokugeki no Souma have been waiting for the show’s return since a long time now, and we finally have good news. Earlier today, a new PV for the anime came out which revealed new information on the upcoming season of the show. Souma is coming back to our screens later this year. You can watch the preview for Shokugeki no Souma Season 4 down below:

As you can see, the anime is set to premiere later this year, and fans can barely control their excitement! The anime is set to return in October 2019, but no official premiere date has been given. Fans expect the show to air sometime in the first week of the month, but for now, that’s all speculation.

A Key Visual for the upcoming season was also revealed earlier today and it shows reads, ‘Shokugeki no Soma: Shin no Sara’. 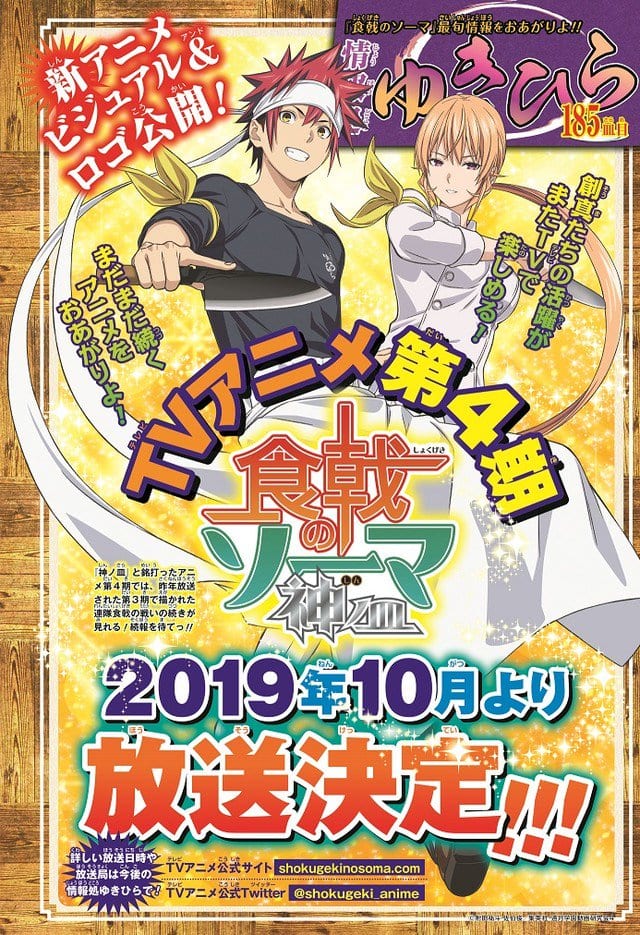 I’m very excited for the show’s return, and I hope you guys are too! What are your thoughts on Shokugeki no Souma? Let me know in the comments section below!