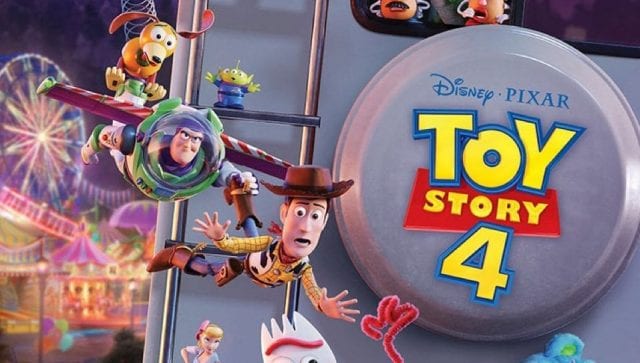 Toy Story 4 may be the most anticipated Disney-Pixar film on the block as of now. With Canada’s greatest stuntman ever, Duke Caboom all slated to join Toy Story 4, things look so exciting. Duke will cross paths with the two leads, Woody and Buzz in the fourth installment of Toy Story. Kaboom features the most radical mustache ever, a state of the art bike, a white and red costume and he yells, “kaboom” at the end of things.

Toy Story 4 is directed by Josh Cooley, produced by Jonas Rivera and Stephany Folsom serves as the screenwriter. Keanu was more impressed with Duke’s Evel Knievel-inspired physicality, and there’s a story that he jumped on the studio table in the middle of the meeting to express his ideas on the same.

In the trailer, you can see Bonnie’s new toy Forky has “Bonnie” written on his feet for the same reason as Andy’s toys had. Andy also labeled his toys in a similar way. You can also spot a homemade pretzel shop at the back of Bonnie’s toys, telling you that Bonnie loves creating toys for her toys. Bonnie’s hair clip looks different, and he looks slightly older. You also see some kind of Ventriloquist dummies in Gabbie’s room who seems to be chasing Woody at one point.

Toy Story 4 has finally released on Friday, 22 June in all the parts of the world. With the release, we have got to know many important factors of the film, and we will not talk about the story to keep you spoiler-free. The Friday collection of the film is recorded to be US$47.4 million, which is insane. It is supposed to increase its revenue during Saturday and Sunday, which we are supposed to see soon. Also, the fans and critics have given positive reviews mainly so that it would be a good watch for sure!