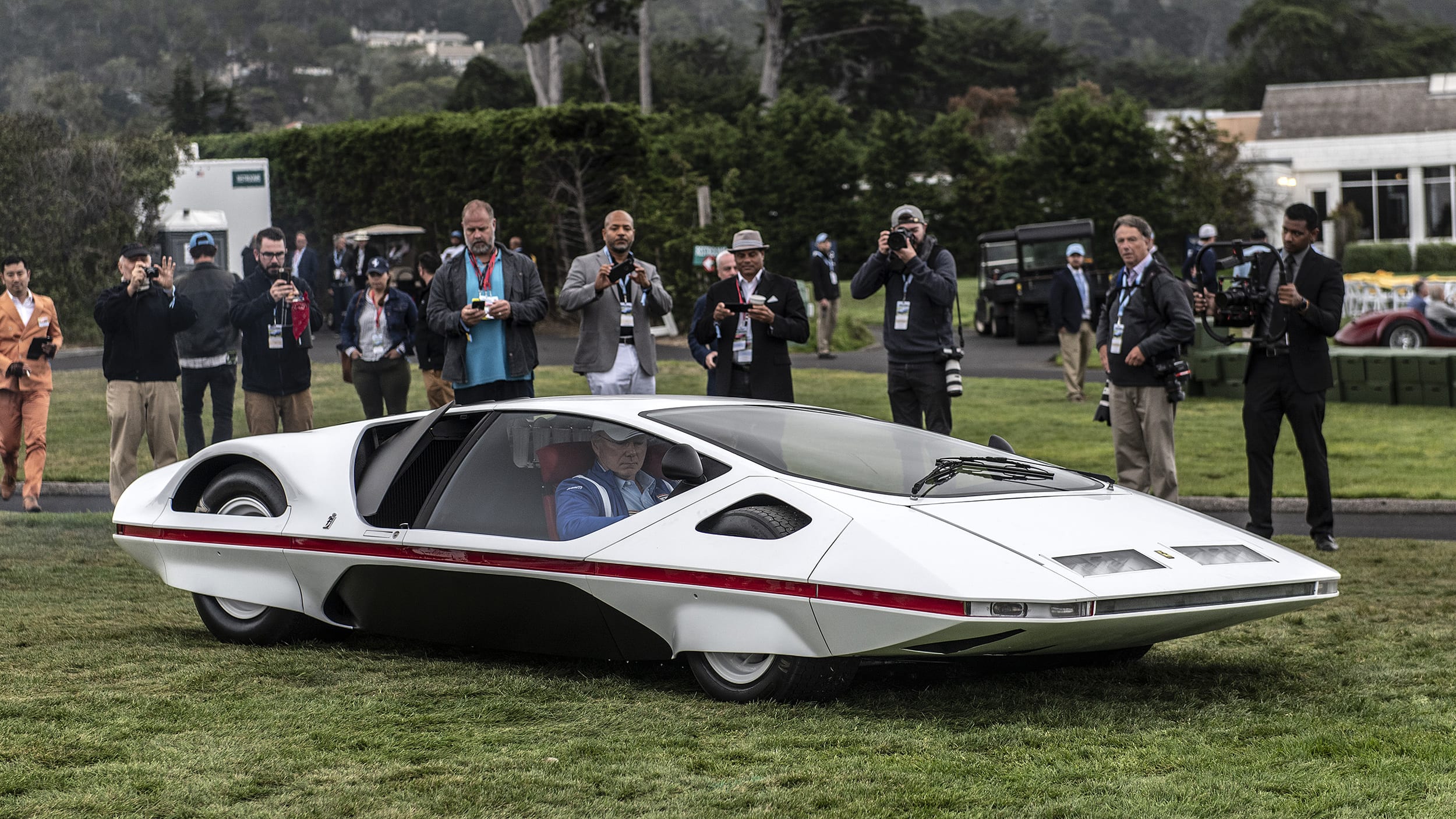 In 2014, the owner of Scuderia Cameron Glickenhaus, James Glickenhaus somehow managed to convince Pininfarina to sell him the Ferrari 512S Modulo concept. It is still unknown how much money he paid him for it. This month, the car was spotted moving under at the Villa d’Este during the 2019 Concorso d’Eleganza. This did make a splash at the show, but the car suffered a small fire earlier today in Europe.

The owner, Glickenhaus, didn’t hide this; instead, he posted a photo of the burnt rear end on social media. He said in the post that he activated the onboard fire suppression system which he had installed because of this; the flames were extinguished. It is good news that no one got hurt, but that could say for the Ferrari 512S Modulo as it didn’t get away unscathed. The car’s rear body near the exhaust is scorched, but the damage appears cosmetic. Glickenhaus says the reason behind it was that the muffler caught fire which was built by a firm that he once used to work with.

Furthermore, Glickenhaus said that repair wouldn’t be a big deal and after assessing the damage, he got back off on his drive, burnt rear-end and all. It took Glickenhaus nearly five years to get the Ferrari back on the road, and he has mounted it with a massive mid-mounted 5.0-liter V12 engine making 550 horsepower powering the monster. As we all know that it is one of its kind and calling it rare would be an understatement, but while driving on an open road, it would give someone a heart attack.

The results and damage would have been even worst if Glickenhaus hadn’t installed the fire suppression system. The driver is always on risk while driving because something could go wrong in a matter of seconds. Even though most of the times the drivers are to blame, but what can the driver do if the car catches fire.