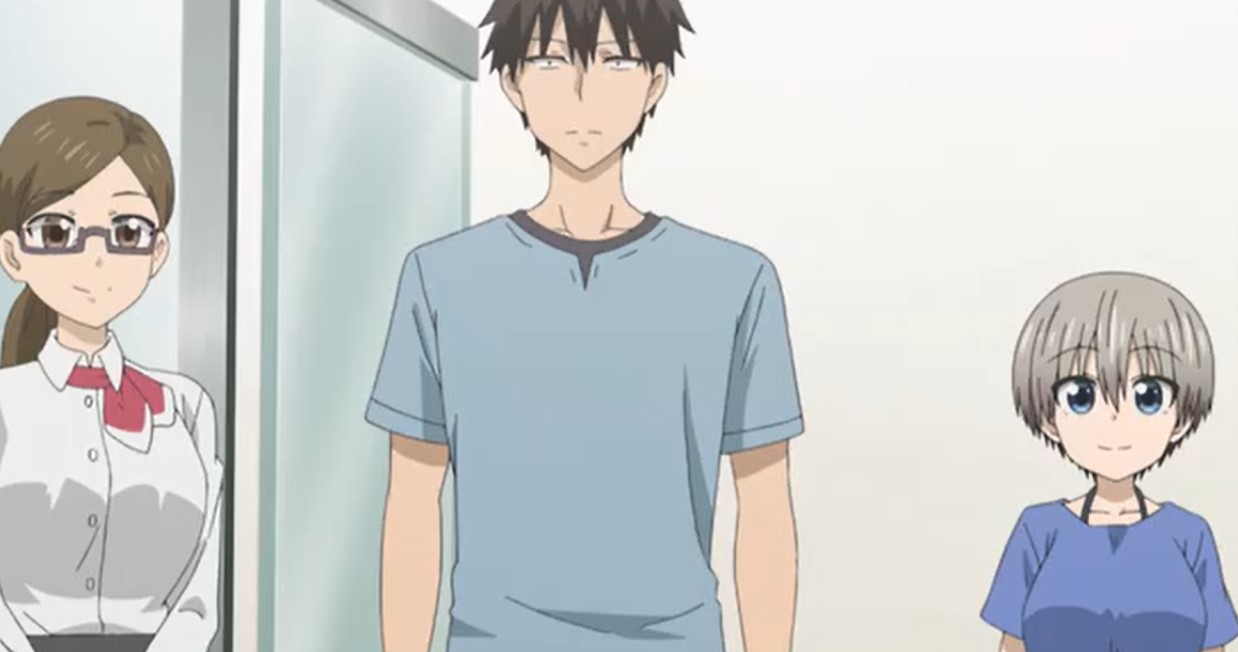 This coming Friday we will be focusing on the latest updates of  Uzaki Chan Wants to Hang Out. Take a look at other news about this Anime here. Sakurai’s boss told him that they are going to take a family trip to a hot spring over the golden week. He suggested for Sakurai to take time off from his work. Aima advice Sakurai to go somewhere on public holidays and Sakurai is surprised to hear that.

Later Sakurai is playing some games alone, he has been playing it for 72 hours. When he is about to win his game, he heard a doorbell and he knows who it is. He opened the door with a frown face. Uzaki shows up, as usual, she greets him and calls him senpai. Uzaki Chan Wants to Hang Out Episode 5 will be released on Friday, 7 August 2020, at 9:30 PM JST. The new episode of Uzuki Chan Wants to Hang Out is released every Friday. Make sure you proceed with caution because this post may contain spoilers of the upcoming episode.

Previously on Uzaki Chan Wants to Hang Out Episode 4

Uzaki visits Sakurai and told him that she knows a loner like him will be busy playing games on holiday. She told him that she came to spend a day with him as her senior friend. Sakurai is always aggressive towards Uzaki who does not even care about his anger issue as she always wants to hang out with him. Sakurai told Uzaki to stop talking with a superior tone as it is infuriating.

Uzaki tries to cheer up Sakurai by showing him a game called Doraemon Go. She then asks to catch a big spawning event during the golden week with Sakurai. Sakurai replied that he has an app and he is bored playing it alone. They both enjoy playing their game and Uzaki notice that Sakurai’s eyes are hurt from playing games all night.

They went to buy spectacles and they met with Aima and she said that he played games all the spring instead of going out. They both help each other to find a pair of glass suitable for Sakurai. Later Sakurai and Uzaki went back on a train. The train is full and people are squeezing each other.

Sakurai came so close to Uzaki’s chest and he is unable to control himself. He is feeling something soft and he knows that he just has to bear with it until they get off the train. In the evening they enjoy cooking together and after their meal, Sakurai walks with Uzaki to her home.