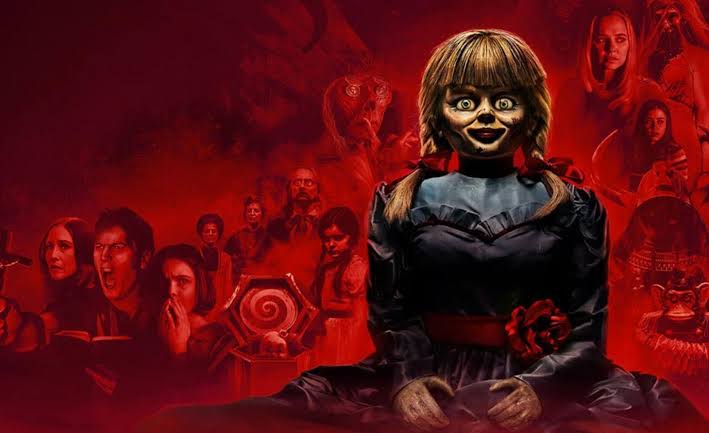 Annabelle Comes Home is yet another installment to the Conjuring Universe, and third movie in Annabelle series. Therefore, everyone was excited to see the film, as it released on 26 June 2019 in theatres. The film got mixed reviews from critics, and it has 66% approval rating on Rotten Tomatoes based on 186 reviews. Therefore, it looks like it is not one of the best films in the series, but it is worth to watch for the fans.

The story starts when Warrens bring the cursed doll to their house and put it in the room where they store all the cursed objects together. One day, they leave the house, while their daughter is home with a nanny and her friend. Out of curiosity, the friend Daniela goes to the room and touches all the cursed objects, and even opens the glass box where Annabelle is placed. Then the horrific events start taking place, which is multiplied as all the bad energy is altogether behind the three girls.

The film would be another addition to the Conjuring fans and collectors, as well as Anabelle fans. Hence, they would surely like to own a DVD of the film. However, afor DVD and Blu-Ray is not yet announced. It is justified, as the film has not even completed a couple of months from its release in theatres.

However, we expect a September 2019 release for Digital copy, and October 2019for DVD and Blu-Ray release. The digital download would be available on Amazon and iTunes store, although the price is not yet known. Moreover, the DVD would cost you $28.98 on Amazon, and Blu-Ray with DVD and digital download is offer priced at $22.99.