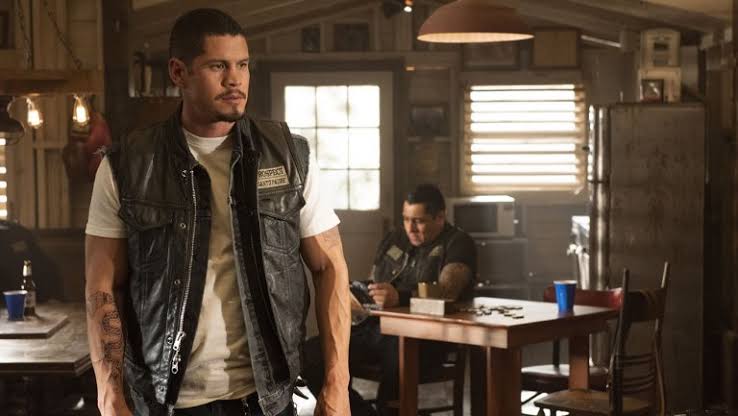 EZ is returning, and we are more than happy to see him back on Mayans MC season 2. As we are aware, he is the newly joined member of the Motorcycle Club who made his mark in the club. We saw in his short journey where he rose from a helper to a drug dealer and handled several projects too. However, everyone was surprised when he managed to get off of the illegal club and walk away free.

We saw that he was able to finish the task of killing DEA agent Kevin Jimenez. He was supposed to leave the club, but he did not want to, as he asked Bishop to be his sponsor in the club. But soon, all the happiness ran away from him, as he saw a known face for him and us, which was Happy Lowman. We saw in Ez’s flashbacks that he might have killed his mother eight years ago, and it would be interesting to see where it takes us in the upcoming season.

The show is supposed to premiere its second season this week. The first episode of Mayans MC season 2 is scheduled to release on 3 September 2019. The show is broadcasted on FX channel at 10 PM on Tuesdays. The upcoming episode is titled ‘Xbalanque.’

The show is available to be streamed on the FX app too, and the viewers are supposed to provide their existing TV subscription details to get access. Also, several online platforms such as Sling and Roku where viewers can stream FX at the mentioned time.

The season premiere will feature the Reyes family divided, and let’s see where it goes with it. There is a lot to be seen, as we are expecting a lot of violence, and I hope none of our favorite characters die. Adding more fuel to it, the club members might be detecting an internal issue, and it would turn into a big mess.