AEW Dynamite is a popular wrestling program that airs every Wednesday at 8 pm ET on TBS’s TV channel. The show is known initially as Wednesday Night Dynamite and is produced by All Elite Wrestling (AEW). AEW Dynamite was created by Tony Khan and is now presented by Taz.

The show initially aired on TNT for two years, from 2019 to 2021. The critics highly praise the characters and storyline of the show. Airing the show on TBS has increased the viewers and ratings of the show.

On TNT, AEW Dynamite garnered around 1.4 million viewers, which was the most significant TV debut on TNT. The show started to air on TBS on 5th January 2022 every Wednesday 8-10 pm. It is running in its fourth season with over 160 episodes completed till now. In India, Dynamite airs live on Eurosports every Thursday at 5:30 am IST. 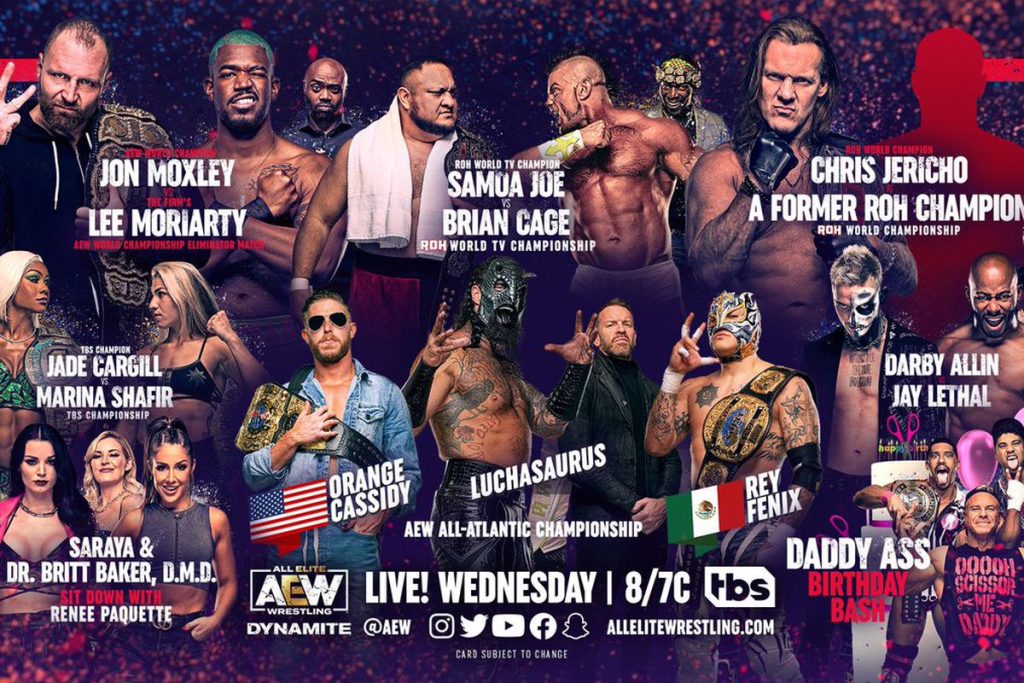 AEW Dynamite is just like any other wrestling show. Professional wrestlers fight each other to win the AEW Dynamite event. However, the fights are scripted, and players are shown as heroes, villains, and less important characters to make the show dramatic. The spice adds up the drama, which interests viewers.

Many of the pro wrestlers are friends in reals but act as enemies on the screen. They are good actors but can’t hold back themselves if they are not on good terms. Such an attitude makes it possible to watch the fundamental tension between the wrestlers.

How Did The Show Begin?

All Elite Wrestling (AEW), launched in 2019, filed multiple trademarks for launching their wrestling show. Tuesday Night Dynamite was one of the initial trademarks filed, but Wednesday Night Trademark was finalized. AEW partnered with Warner Bros. to air the show live on TNT. To avoid competition with NBA and NFL, Khan decided to go with Wednesday Nights instead of Tuesday Nights, as NBA airs on Tuesday and Thursday nights and NFL every Thursday. 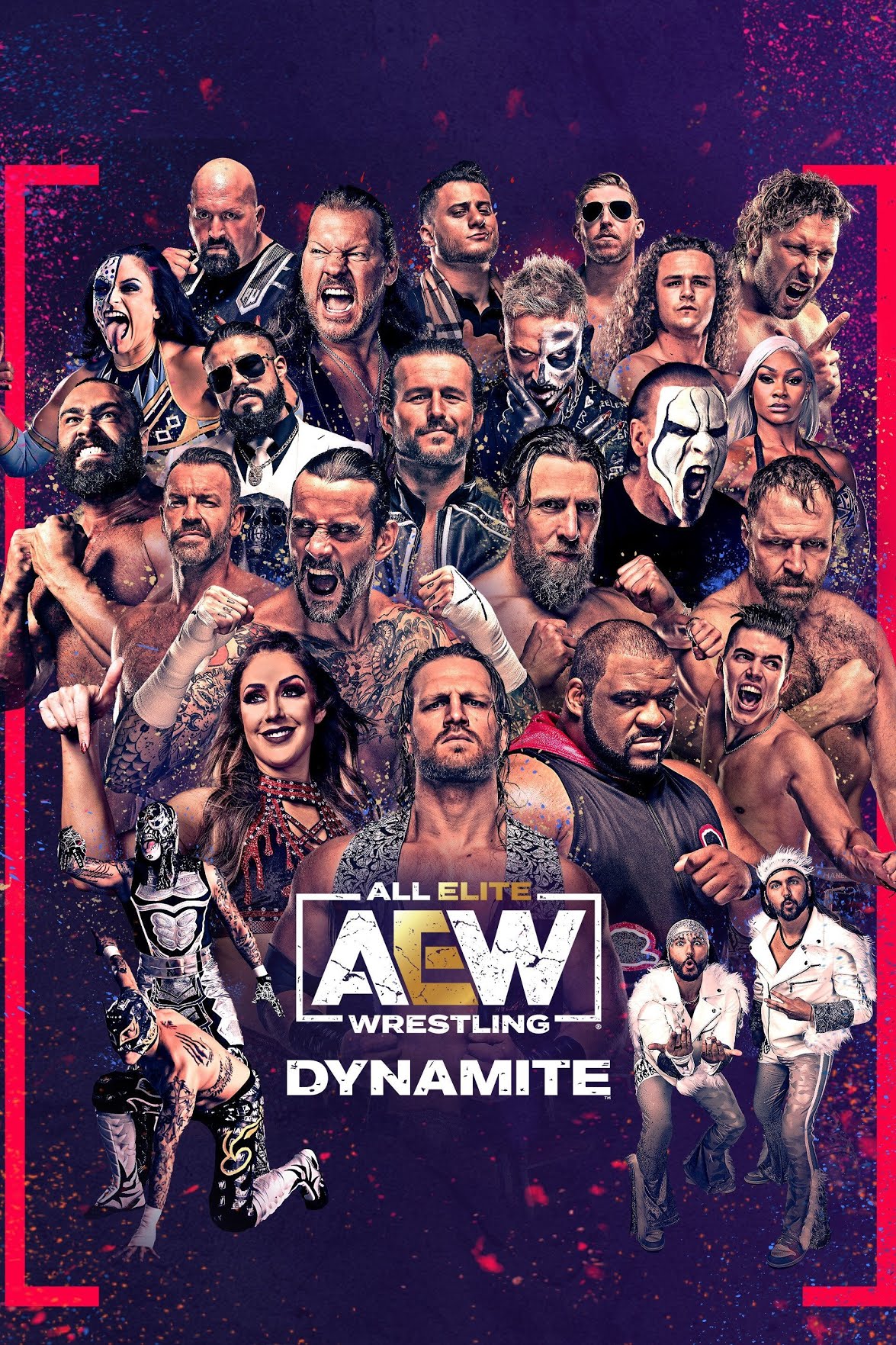 The show airs live every week in US and Canada. It was confirmed to be a two-hour show. AEW wrestler Chris Jericho announced the premier month during AEW’s Fight for the Fallen event. The show premiered at Capital One Arena in Washington D.C., with the tickets sold out in 3 hours. AEW Dynamite premiered on 2nd October 2019.

One of AEW’s biggest competitors, WWE, announced they were moving their show NXT to USA Network, stretching the run time to 2 hours. They planned to air the show in the same timeslot as AEW Dynamite and premiered two weeks before AEW’s new show.

They launched a youtube series with the title ‘The Road To AEW on TNT’ to hype the audience and likely reveal their title. A Preview show before the launch of Dynamite gathered around 630k viewers from the US and Canada. They managed to beat their competitor NXT in terms of viewership. The COVID-19 pandemic affected every work sector in the world. In response to the pandemic, AEW did an empty arena show in multiple locations with their employees and other cast members serving as the live audience. When the restrictions started lifting up, AEW invited families and acquaintances of essential people to the show.

Later they allowed the general public to watch live with a limited capacity, and when the restrictions were lifted, they let the public watch matches live at total capacity. Through the pandemic, they discovered a new strategy of taping two weeks’ worth of shows in two days, giving rest to the wrestlers and staff. They pre-recorded shows for Thanksgiving and Christmas, which increased their viewers.

AEW Dynamite serves a variety of wrestling genres to the viewers. Old school tag team, comedy, high flying, near-death matches, and many more with different storyline and drama that keeps people entertained. Different storylines and personal grudges make the game much more interesting than people with little to no interest in wrestling with much curiosity. As the show’s popularity rapidly increased, AEW collaborated with various wrestling promotions. They partnered with NWA, Impact, and New Japan and introduced a new world of wrestling to the world.

They experimented with many new things and acknowledged wrestlers’ achievements, character growth, and feud outside themselves and had inter-promotional storylines. This increased their view count from all over the world, which resulted in increased ratings.

However, sometimes the storylines would seem absurd. Wrestlers act for matches which makes them look fake and funny. They just showed off their kicking and punching skills, making the show unrealistic. The poor storyline and lack of development make it seem like the experienced wrestlers are stuck in the ring.

People think that the performance is better than WWE, which keeps their spirits high, but it would be much better if it had improved a little. AEW Dynamite is seen as a replacement for WWE.

Should You Watch AEW Dynamite?

For a casual fan, the show might seem rubbish because of the poor acting skills of the wrestlers, but if given time, it can steal your time on every Wednesday.