BoJack Horseman is an adult animated comedy-drama series that is created by Raphael Bob-Waksberg. The plot of the series takes place in Hollywood and in an alternate universe were humans and anthropomorphic animals live side by side. The protagonist, Bojack Horseman, is a washed-up star of the 1990s sitcom called Horsin’ Around. He plans his big return with the help of a tell-all autobiography to be written by his ghostwriter Diane Nguyen.

He constantly demands of his agent and on-again-off-again girlfriend Princess Carolyn, the misguided antics of his freeloading roommate Todd Chavez, and his friend and rival Mr. Peanutbutter, the yellow Labrador Retriever. All of this makes this show very funny and enjoyable to watch. BoJack is currently at season six, which has been divided into parts. 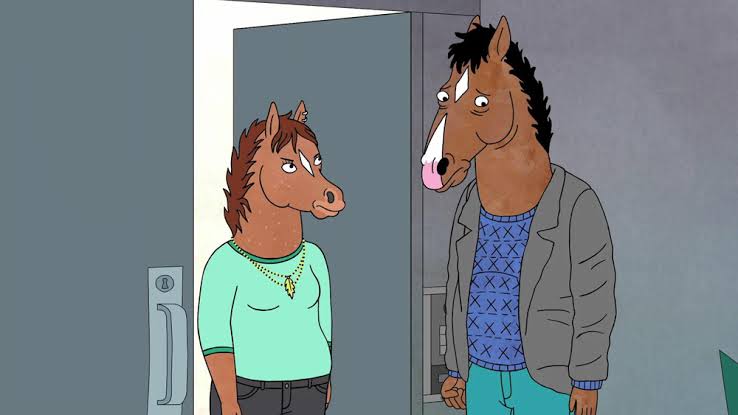 The first part is already over, and now the second part will be coming our way very soon. BoJack will be releasing on 31 January 2020, and part 2 will have a total of eight episodes. There is no trailer of part 2 of Bojack season 6, but we might be getting a trailer very soon in the upcoming month that is December before it releases. All this is great and fine that we don’t have to wait so long for these episodes.

But season six will be the last season of this show, and it was good while it lasted. This news was confirmed by one of the stars, Aaron Paul, through a tweet that reads, “We had a wonderful time making Bojack. Couldn’t be more proud. Fell in love with these characters just like everyone else did, but sadly, Netflix thought it was time to close the curtains, and so here we are. They gave us a home for 6 beautiful years. Nothing we could do about it.”