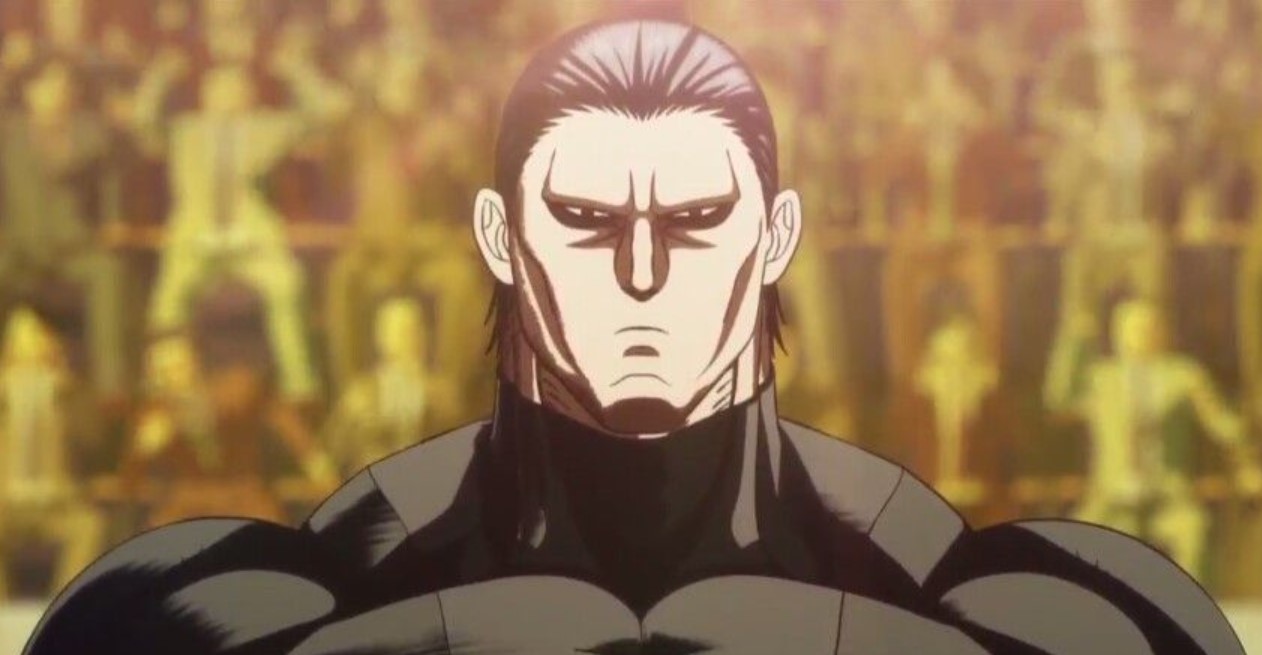 After the death of Naidan Ryuki has been disqualified and Lui went to bid fare to Naidan. When he fished talking with Naidan who has passed away he gets angry and said he will kill the one who has killed Naidan. Lui unleashes a special move called EarthQuake Foot. Kazuo and Koga are also inside the ring with Ryuki who is still depressed about what has happened. EarthQuake Foot is a move used by many schools of Chinese Martial Arta. It involves stopping on the ground and it can split the ground and send tremors through the air.

Kazuo and Koga notice that and they think that Lui is insane. Kazuo tries to reason with a furious Lui who is charging towards them since he is the one of dangerous Purgatory members. Lui told them to get lost before he lands his attacks Ohma blocks his double punches. Lui is shocked about how Ohma deflects his punches. While the two are at their stance Okubo, Kure, and Akoya also show up. Akoya said he must be allowed to exterminate the evil and Okubo said he must not make it harder for them.

Kengan Omega Chapter 89 will be released on Thursday, 10 December 2020. This Manga releases a new chapter every Thursday unless it changes its weekly schedule.  Allow me to take you to the updates of Kengan Omega down below.

Ohma tries to calm Lui down who is being held back by Jurota to stop the fight. Lutian said that there is no need to cause more trouble and Nicolas said that they are now even. Lui remembers Naidan’s last words of not trusting Nicolas and Lui said he can’t let them go just like that after killing Naida. Lolong said that he continues to act stupid the competition will be called off and Nadain’s death will go in vain.

Lui agrees and left saying he makes sure Ryuki is dead after the competition and Ohma is wondering why they don’t want the competition to be called off than the Kenga fighters do.  Kazuo and Koga help Ryuki to leave the ring as the ring gets cleared. At the stand, Nicolas asks Fei about Lui and he reveals that he has gone out for fresh air. Terashi talks about Naidan and Nicolas said no one cares since he is dead and he reveals that they are just on the same team for now.

Once the competition is over they are going to continue being enemies again. Toyoda watches the replay of the fight and finds something interesting. Three Demon Fist Centi-Pede Lutian is up next for the next fight. The fifth Fang of Mestudo Kanoh Agito decides to step up and face Lutian. The next battle is the Demon vs the Fang and will find out what Toyoda has found out on the replay of the battle between Ryuki and Naidan.