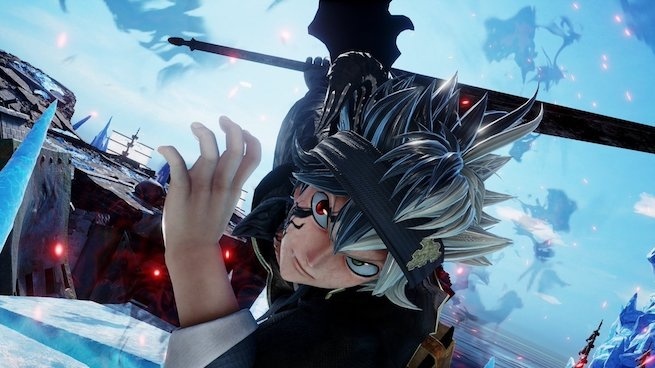 Bandai Namco will be adding Black Clover’s main protagonist, Asta in Jump Force. He is the first one to join the Jump Force line up from Black Clover and is expected to be a melee fighter. Bandai Namco also released screenshots of Asta’s fighting model. It is confirmed that Asta will have his Demon Form in the game.

Asta is the latest addition in the Jump Force roster as the representative of the Black Clover franchise. He is the character that has no magic in the world full of people who can use magic. Using his anti-magic swords, he became one of the most trusted Magic Knights in the Clover Kingdom. How would he wield his Anto-Magic swords in Jump Force? Here are the screenshots from the Jump Force game which was released by Bandai Namco. Fans of the series are praising the game for a clean character design made for the loud-mouth orphan.

This now leaves us to 29 playable characters spanning in Shounen Jump series present in the Jump Force. The game is currently being developed by Spike Chunsoft and will be launched on PlayStation 4, Xbox One, and PC this February 15, 2019. Till then, we can assume that more characters are coming up in your way before the update. The series included in the Jump Force right now includes Black Clover, Naruto, Dragon Ball Z, One Piece, Bleach, Hunter X Hunter, Yu-Gi-Oh!, Yu Yu Hakusho, Saint Seiya, City Hunter, Fist of the North Star, and Rurouni Kenshin).

Asta is the first ever character that was included from the latest series in Shounen Jump. Black Clover started appearing on the Weekly Shounen Jump on June 4th, 2015 and is currently in the fourth year of its serialization. The series also has a game called Black Clover- Quartet Knights which was available for purchase since September this year.