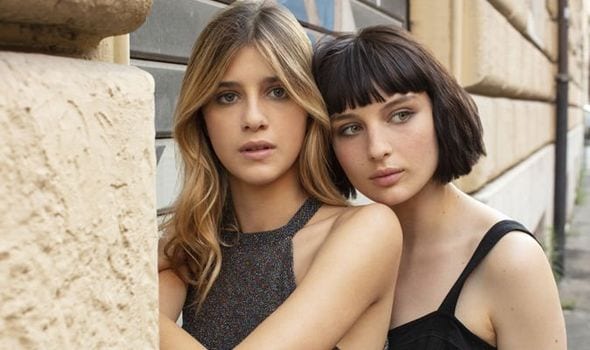 Baby was as scandalous as 13 RW turned out to be. Baby is a Spanish drama that centers around the life of two school-going teenage girls that are somehow lured into prostitution and human trafficking. The show was badly received by critics for glamorizing teenage prostitution and trafficking of young girls and women. There’s a lot of thought and controversy surrounding Baby, for now. Baby is created by Andrea De Sica and Anna Negri for Netflix. The show was announced first on November 15, 2017. It surrounds the story of the Parioli sex scandal which was also called the “baby ring” scandal.

By now it should be clear that the premise of Baby is the story of a group of Roman teenagers and how they were shamed along with their families after their secrets came out. The two girls are named Chiara and Ludovica who live in the Parioli district and who attend the Collodi private high school. They live double lives, school students by the day and sex workers by night. Certain events in their lives lead them to take wrong steps, and they end up entangled in the dirty world of prostitution.

On December 21, 2018, Netflix made the announcement that Season 2 of Baby was confirmed via an official video on its Instagram page. The first season had a total of 6 episodes for us to binge watch upon and all of it came out at once on November 30, 2018, on Netflix.

Not much is made of Season 2 as of now, like for example when it will come out, the number of episodes it will have or new castings. Guess we’ll just have to wait patiently for the entire Season 2 to come out. Baby Season is available for streaming on Netflix.