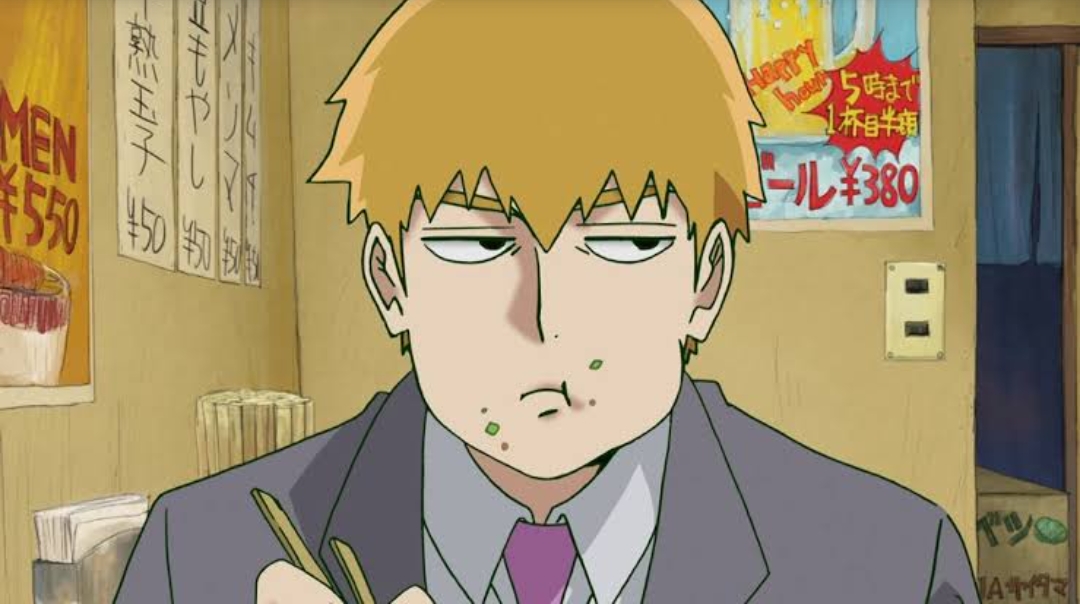 The world of anime does not just consist of ninjas, giant robots and robot ninjas, it also has a lot of elements that make it enjoyable to watch. It’s no fun watching an anime without many funny characters in it, isn’t it? There are times when we just can’t go on with the heavy plot of the anime. During those times, we need someone to make the theme lighter and creating a balance. While some of the series feature funny characters just for comic relief, series like ‘Great Teacher Onizuka’ and ‘Mr. Osomatsu’ are just amazing when it comes to comedy.

Here are our top eight recommendations of the funniest anime characters of all time. Take a look at it.

Mr. Osomatsu is a comedy series that has been airing since 2015, adapted from a 1960s manga and a 1980s anime going by the same name. Those who have been watching the series must have already anticipated it on the list. With the amount of comedy and humour we get to witness in this anime along with the memorable skits, it was hard for us to not put it here. 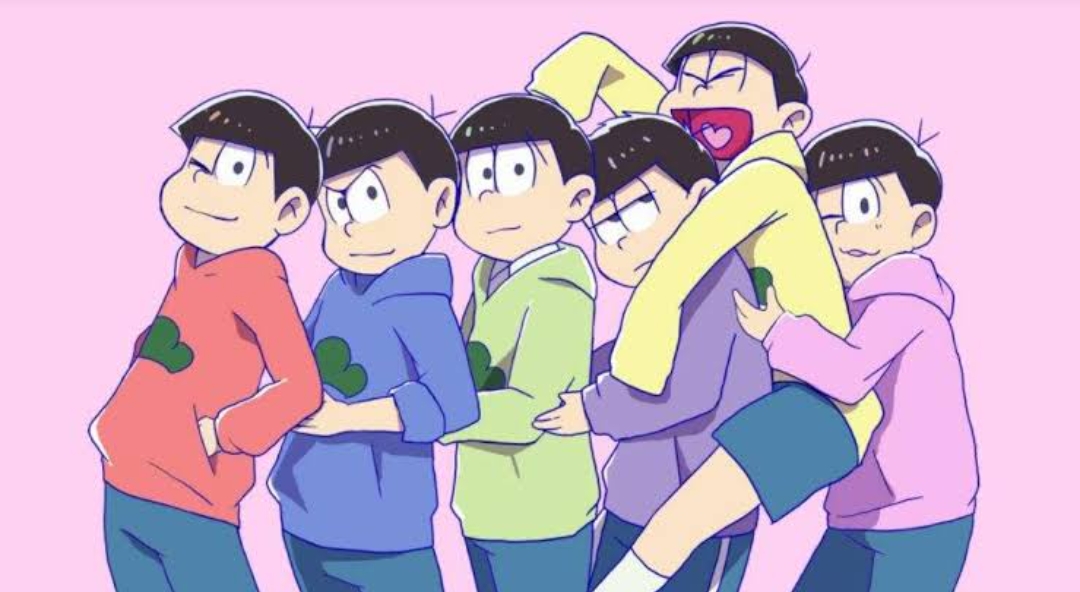 The series follows all the six Matsuno brothers who are now 20 years old lazy NEETs namely— Jyushimatsu, Choromatsu, Osomatsu, Ichimatsu, Todomatsu and Karamatsu. Although they have grown up, they have also developed their unique personalities and are mischievous in their own ways. The show itself puts more focus on the humour rather than the plot or any sort of drama. Littered with parodies, Mr. Osomatsu or Osomatsu-san have not paid attention to any political concern like other comedy anime which makes it unique and cool.

This anime must have been recommended by almost all your anime-watching friends. One Punch Man started airing in the year 2012 and ran till 2019 giving us thirty-six episodes including the OVAs. The series makes jokes out of anything and everything in the most humourous and sublime ways. Out of all the characters of the anime, Saitama is the funniest though we can still find many close seconds. 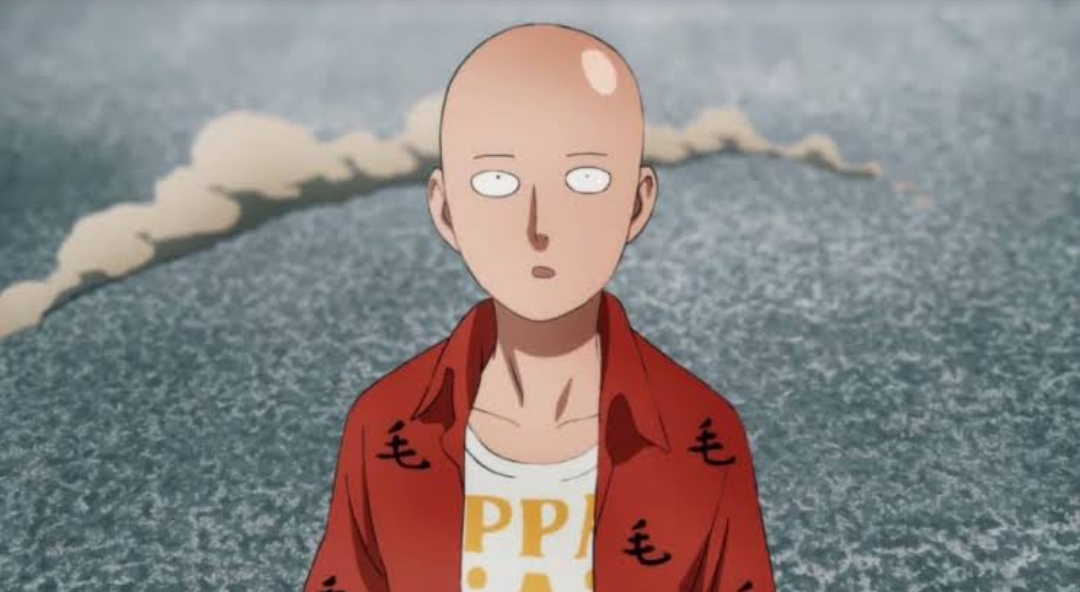 Saitama wanted to be a superhero but ended up becoming the strongest person who can defeat anyone with a single punch only. However, after this, he is left with no dream and purpose in his life. His humour makes him look like a fool, however, that might not be the case since he has an amazing sense of justice. He can rather be considered as a person with a low IQ lacking even the common senses.

Great Teacher Onizuka is an action-comedy with 43 episodes that aired between 1999 and 2000. What makes a teacher a great one is the qualities like high IQ and maturity. However, our protagonist of the anime has neither of the two and still is one of the best teachers. Onizuka is a 22-year-old virgin and a former gang member who after a lot of struggle, manages to set up a date with a girl. However, before things could have worked out, the girl’s boyfriend who is an old and unattractive teacher shows up and the girl immediately lands up in his arms. Upon knowing the power of a teacher over girls, he decides to become a teacher, and somehow manages to earn a teaching degree and ends up becoming one in a school. 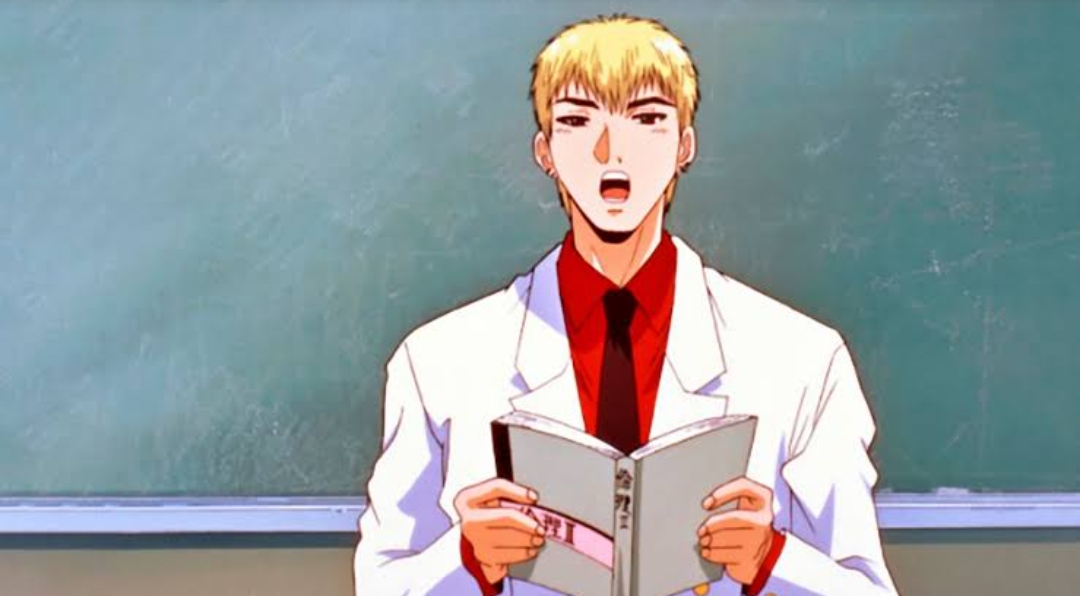 You might predict how funny it could be to see how a former delinquent without any experience in teaching, handles a class of students. However, his character is not just restricted to comedy, as he has a sense of morality and teaches pretty good life lessons. 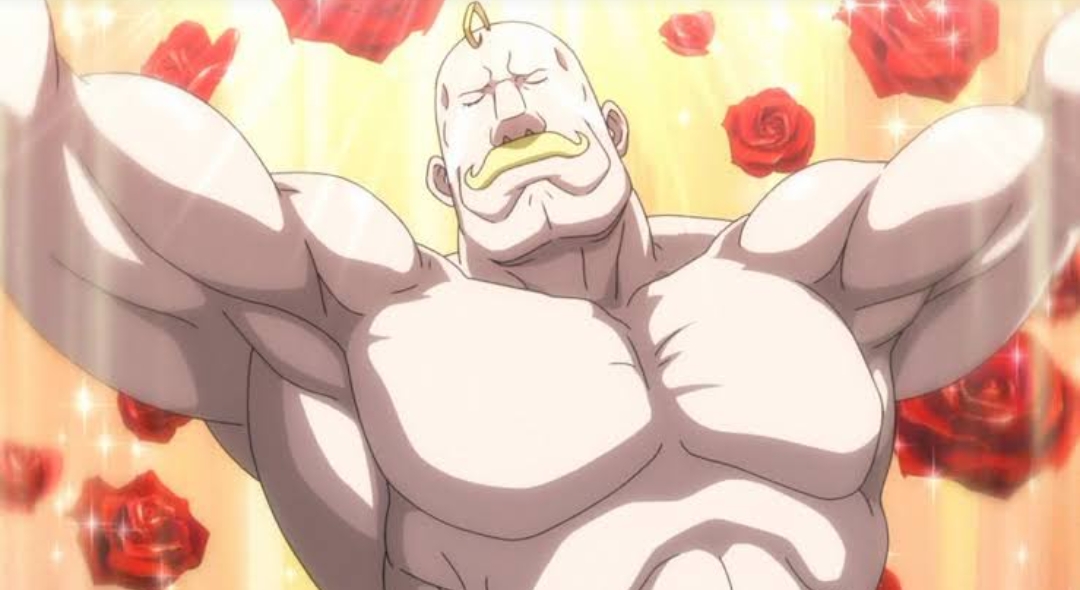 Inspired by a manga by Hiromu Arakawa titled, ‘Fullmetal Alchemist,’ Fullmetal Alchemist Brotherhood is an adventurous dark fantasy. Strong Arm Alchemist or Major Armstrong is an assisting character of the anime with an intimidating physique and towering presence. However, he has a comically emotional personality who, within a moment or two, he bursts into tears of sorrow or joy. Although he looks for ways to aid people around him, he ends up harming them unintentionally with his frequent hugs. He takes pride in his well-built physique and takes off his shirt on almost every occasion. For him, muscles are his life. Remember the time when he appreciated the muscles of Izumi’s husband while battling a Sloth!

Nichijou aka My Ordinary Life, the anime does complete justice to the comedy genre under which it belongs. One of the major characters in the anime, Yuuko Aioi is a cheerful high school girl who never misses an opportunity to crack jokes to make others laugh but fails to execute them. Maybe that’s what makes her one of the most entertaining characters. Her over-the-top reaction to various things makes the spectators burst into laughter. 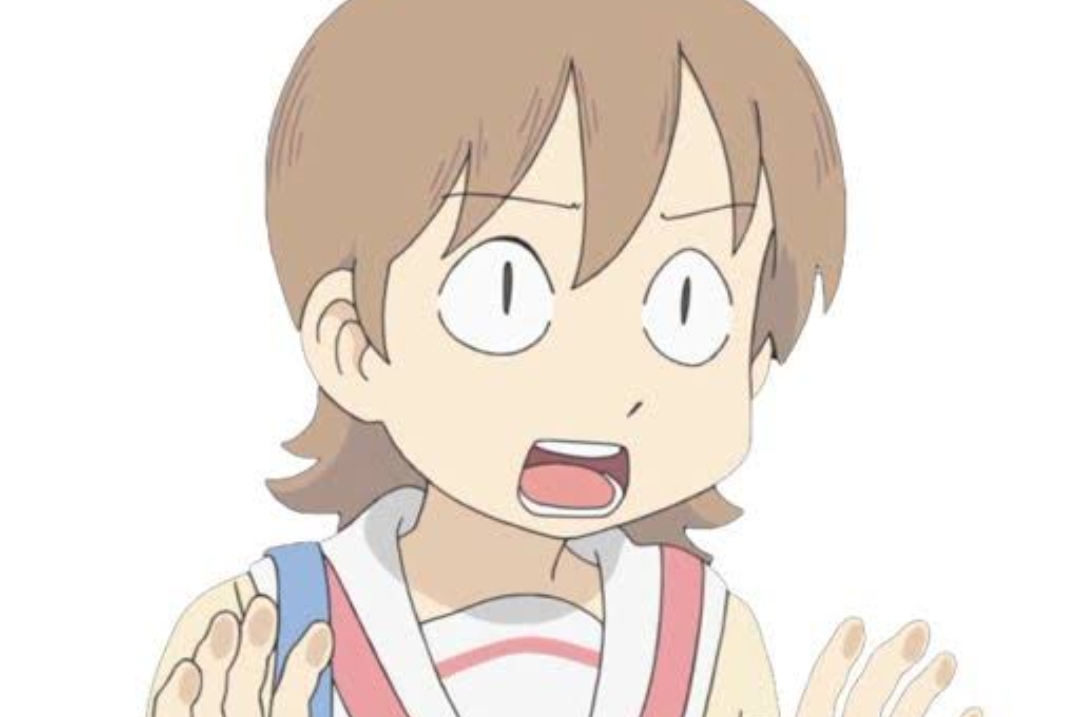 The anime started airing in the year 2011 with 26 episodes and was loved for its cute slice of life genre and surreal comedy. It revolves around an ensemble group of characters and features moments from their daily lives, without focusing much on a narrative

One of the elite ninjas in the Naruto series, Jiraiya is one of the funniest characters who is old yet cool. He was trained by the Third Hokage and trained the Fourth as well as the Seventh Hokages later. His only weakness is his dirty mind, making him a big pervert. 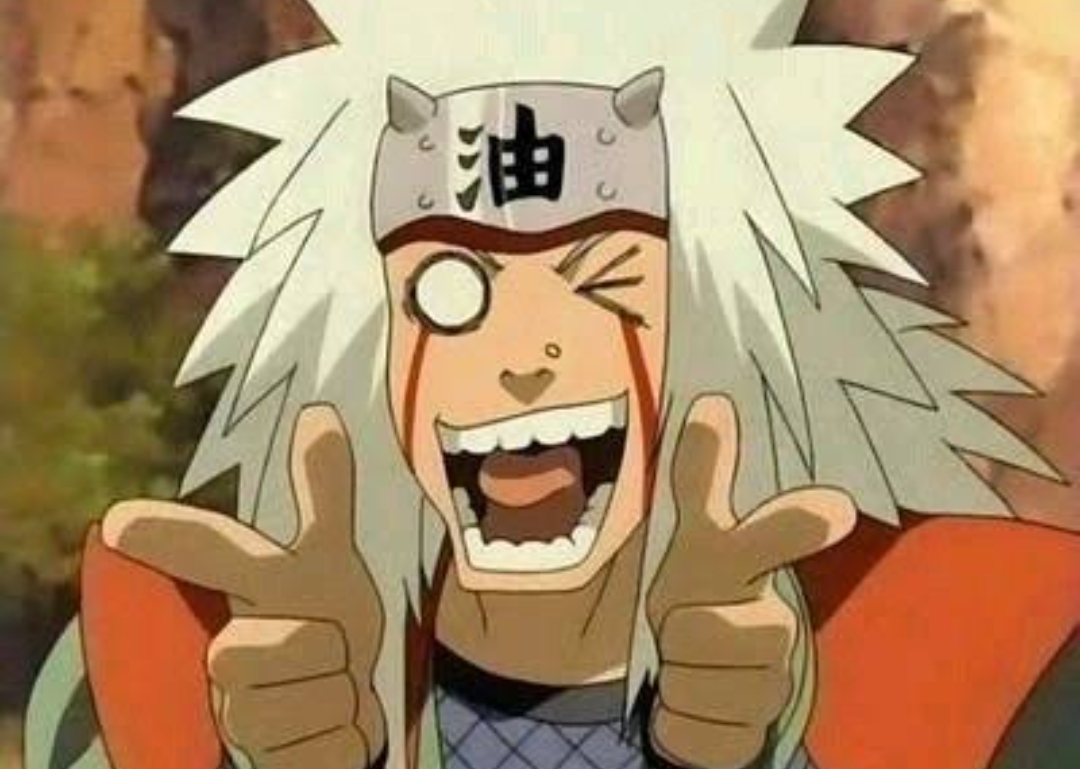 Although he is like a father figure to Naruto and is supposed to help him with his training, he easily gets distracted by pretty women. Remember that iconic dialogue of Jiraiya when he was called a ‘lousy little pervert’ by Naruto? He quickly responded saying that he isn’t a little pervert, instead, he is a big one. He must have known his shortcomings and accepted himself the way he is after that. This cool and humourous attitude of him makes him one of the most loved characters in the Naruto world those who take him lightheartedly. However, some of the viewers find it disturbing rather than funny.

Reigen is the main character of a Sci-Fi action-comedy anime, ‘Mob Psycho 100’ which ran from the year 2016 to 2019. He is one of those better written comic characters who can pull of any situation. He is a con artist who claims to possess supernatural abilities and is quite shady. Although he is a good person at the end of the day who follows his morals strictly, the quality of humour we get to see from him for his actions makes the show a unique one. Remember his reasons when he went after Claw to bring the person to the insurance company who ruined his office? Moreover, his ‘special moves’ are fun to watch, aren’t they? If you have loved watching One Punch Man, you should not hesitate in watching this as well.

The anime has run for more than a decade, from 2006 to 2018, with over 300 episodes in all. Speaking of the series alone, Gin Tama combines almost all the popular genres of anime including science fiction, adventure and comedy. The protagonist of the anime, Gintoki Sakata is not just a regular lead that most of the anime out there portrays, that needs to fulfil the criteria of having a heart of gold and would never back off from a fight. Rather, he is a lazy adult, a goofball, a sweet obsessed guy and sometimes self-centred. Obviously, he becomes a badass during serious situations. 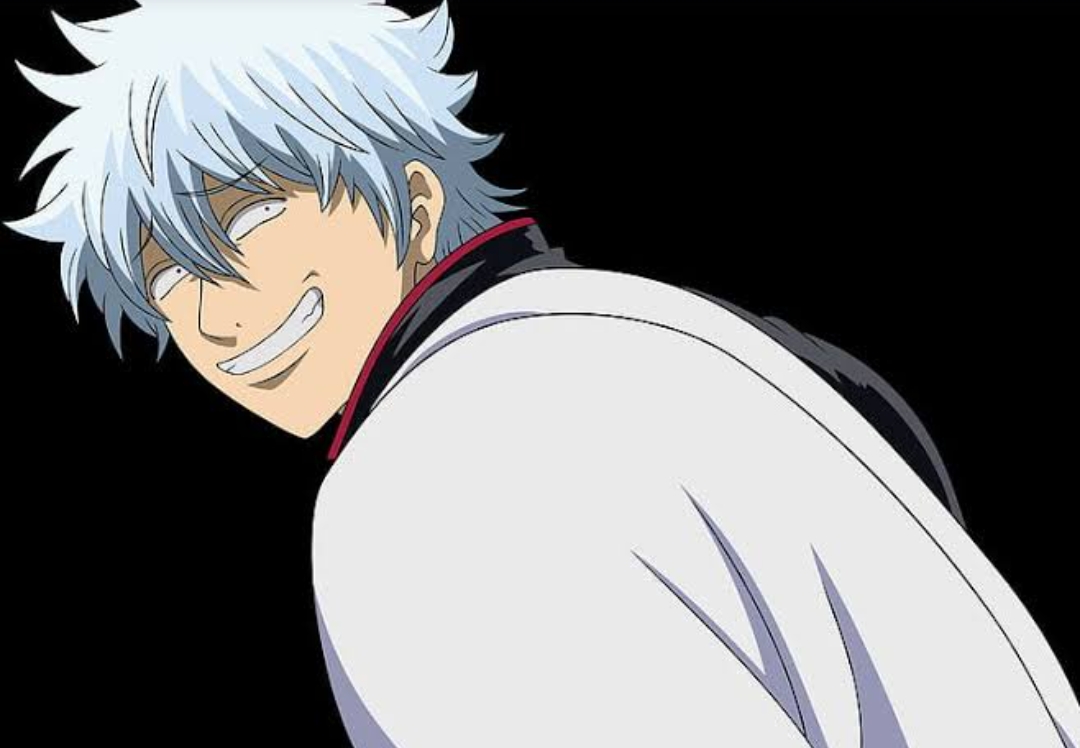 We have also seen him breaking the fourth wall during a lot of jokes and parodies, without making the spectators uncomfortable. When we say he is one of the funniest characters of all time, you gotta believe us blindly, for he would rather talk about strawberry milk and bed-wetting in his passionate speech rather than something serious and deep.