If you have been in the anime community for more than a month now, there’s a pretty good chance that you would have heard about this character. As it turns out, she is from this series called “Darling In The FranXX.” So did she gain so much popularity as a character herself, or did these series have a fair bit of share in it? Well, that’s what we are going to figure out today as I will be providing my review on this popular series and give you a perspective on why Zero Two is just one of the many fantastic things this series has to offer. However, let’s be good weebs and look at the synopsis before diving into the review.

In the distant future, humanity sets up the mobile fort city Plantation as the land is ruined, and pilots produced inside Plantation live in Mistilteinn. Children spend their entire life knowing nothing about freedom. Their lives consist of battling to carry out missions against mysterious giant lifeforms known as Kyōryū, and children pilot robots who face these life forms are called Franxx.

Riding the Franxx proves to seem like the ultimate task for the children. Hiro (Code:016), once known as a prodigy, has now fallen behind, and his existence seems unnecessary. However, one day, a mysterious girl named “Zero Two” appears before him with two horns growing out of her head.

As you watch the series and understand its plot, you would start to get combined vibes of Attack On Titan and The Promised Neverland. This Mecha anime focuses on humanity, reaching its pinnacle of evolution by attaining immortality and advancing to an ultimate scale. How would a world look like where humans gave up their humanity so they can progress? If you want to know that, just watch this series and realize why it is a horrible idea. 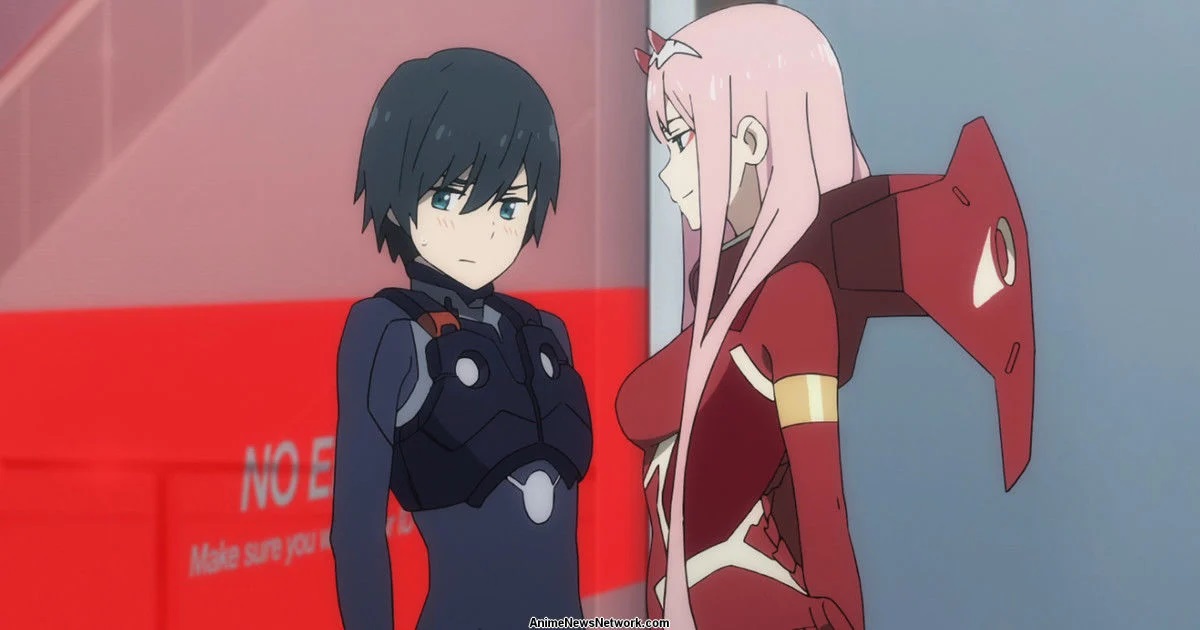 The way this series explored the characters, as well as the concept of humanity, is outstanding. One would engage with the story as soon as they watch the very first episode since it has an interesting premise to offer. Viewers would indulge themselves in the journey of our characters to reach out and explore the world they know nothing about, and that kind of engagement is catalyzed by the fantastic premise.

The progression and pacing are great, giving time for viewers to enjoy the action as well as sympathize with the characters. The idea of exploring the world you are curious about is not so new but still feels special while you are watching this anime.

The fight sequences were very well choreographed and presented. They can engage any viewer just in a few seconds of entertainment offered by their amazing cinematography and demonstration. The segmentation of the series was also notable as it made the series a lot easier to understand and enjoy.

When it comes to characters and their personality exploration, the anime did the job splendidly. They give every character and individual a good bit of time to portray their traits and thus, making us admire them. Feelings like betrayal, hope, regret, fear, friendship, and, most importantly, love were put forward in a heartwarming relative way that can make you cry as you watch the show. The fact that your need for a partner is not pathetic, but a blessing is highlighted with a metaphor that takes place multiple times in the story.

As stated earlier, the cinematography and demonstration of fight sequences is an asset of the show that allowed it to make its name in the Mecha anime section, but none of this would have been possible if it wasn’t for the spectacular animation offered to us during those fights and cinematographic moments. The art style is stunning, and the character designs are adorable as well as cool. 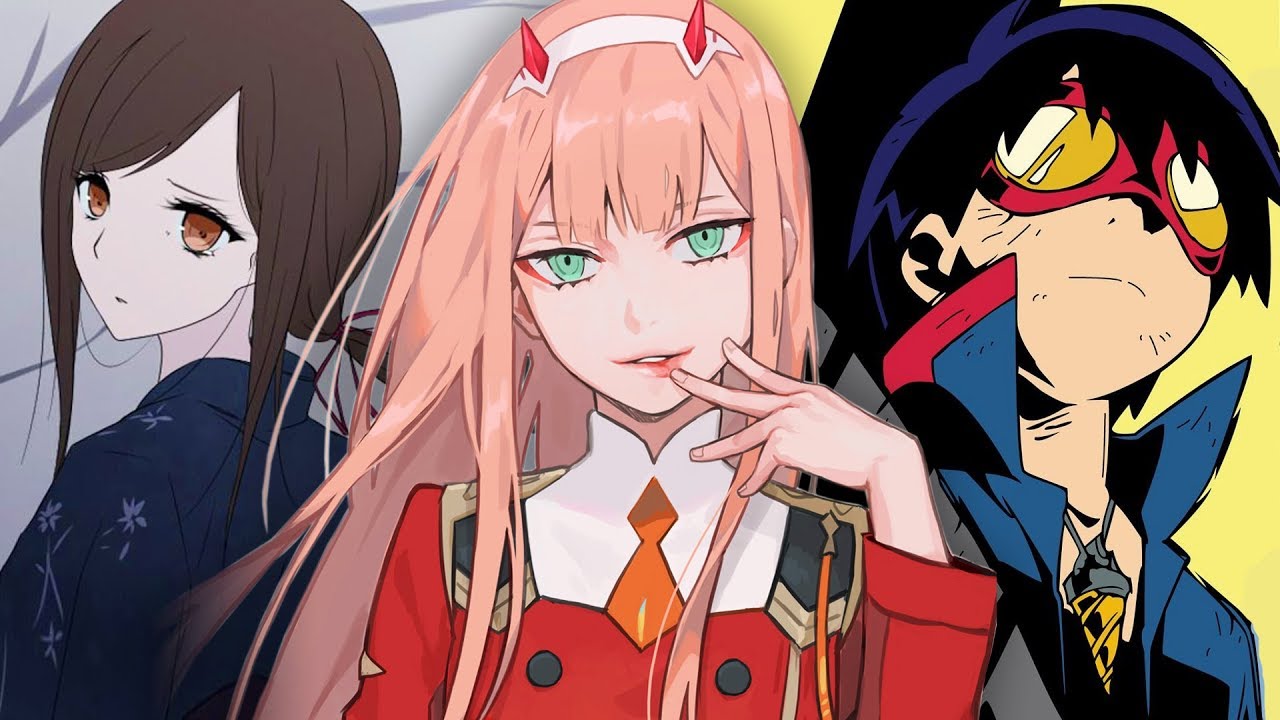 During the last couple of episodes of the series, the animation department went all out and gave us a memorable fight that we would remember for a lot more nights to come. The presentation of space, stars, aliens, and the battle between Zero Two + Hiro and VIRM was served in a beautiful platter of mind-blowing animation. Not to mention the backgrounds and costumes chosen were amazing and complemented the series really well.

They were the reason why this anime made it from good to awesome. The whole batch is filled with all kinds of personalities one could think of. Cute, charming, caring, lier, lover, selfish, selfless, and a lot more. These characters were developed beautifully throughout the show by getting adequate time and moment for them to express and depict their feelings, sentiments, and approaches toward a certain situation.

Our stars are the members of the main squad Squad 13, who are lovable and entertaining and touch our hearts as the series progresses. Individually or as a group, this bunch developed up a lot, and one would be very entertained as he/she watches them grow and experience. Other characters like Nana, Hachi, Dr. Frank, and 9a seem pretty villainous at first but were some good people who hid due to circumstances, and we get to know about them in the latter half.

Our hero, Hiro, is a finely written character who starts to understand what love means as he explores his own self along with Zero Two. And talking about Zero Two, she is a girl you would remember for a long time as her courageous, reckless, and fun nature can make you fall for her as well as her dark, emotional, and sorrowful side would cause you to whine for her. One would absolutely admire their ship and enjoy them together as they become ONE.

The animation department didn’t take much effort into precision or sharpness. If this had been improved, the quality of the show would have improved drastically. There are some flaws like a rushed ending, exposition-filled episode, incorrect approach towards the climax, and so on. If you watch anime from an analytical perspective, the first half of the series will please you, but the second half will be a disappointment.