Anohana is a wholesome story of six friends that have been together since their childhoods. Things change when Menma dies and the group’s leader Jintan starts to see her spirit. The group was so close that Jintan and others felt hopeless after the incident. At the bottom of the pit of sadness, Menma’s spirit shows itself and finds her way into the group’s lives once again. Menma is back with a wish and this wish brings the group on a quest. These friends find paths toward Menma’s last wish and how it brings them to many difficult decisions.

Its opening is well designed, featuring the characters in their past and present forms as well as hinting at their emotional problems. I liked this story. Well, the story wasn’t exactly out there but it was still very interesting and I was able to watch episode after episode eagerly. The cliffhanger endings were great and I’ve already rewatched the whole series.

The art itself isn’t that outstanding. However, it accompanies the plot well. Every place in this anime becomes familiar during the show and we can relate them to certain events. The character’s personalities are outlined by their character design. The artwork is pretty colorful, which supports the overall theme of summer and gives off a comfortable feeling. 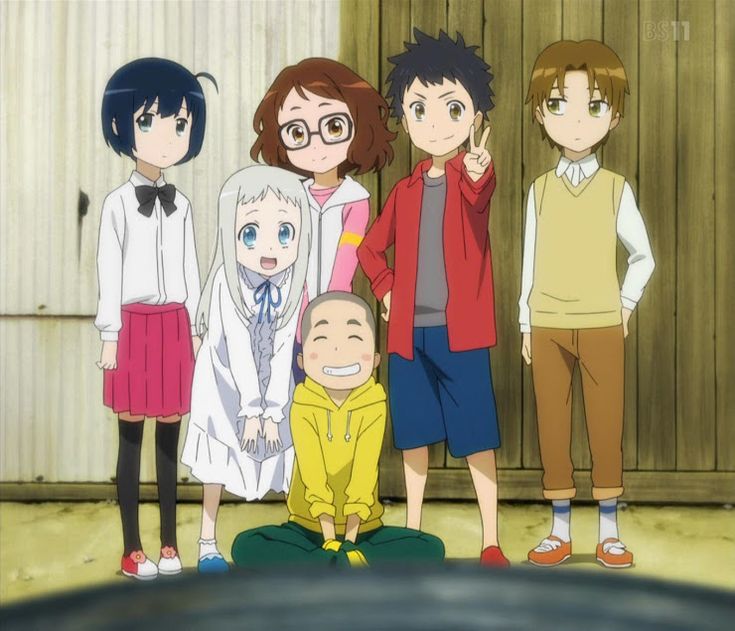 All the voice actors did a great job and I love the soundtrack. ‘Last Train Home’ song really gets you emotional. The voice actor who played Anaru did superbly! So much emotion! it was impressive.

I found many moments, even in the beginning when things were slower to be quite moving, and that emotional resonance rose with each episode. It was truly a beautiful experience, especially when the entire truth came out in the end. Overall, it was a great experience I would totally recommend this anime