“Appare-Ranman!” is another original that aired in Summer (yeah, I know it was spring but, COVID ¯\_(ツ)_/¯). With a plot that has stood the test of time, it has a dash of uniqueness to make itself stand out. Appare Sorano, an eccentric socially-awkward inventor, living in a small Japanese village in the 19th century, believes no dream is too big. Fascinated by steamships, he learned to make all kinds of machines from various books.

He finds himself stranded in the middle of the sea in his own small steamship following an unfortunate series of events. Trapped with him is Kosame Ishikki, a cowardly yet skilled samurai, who was tasked with keeping Appare in check. Together they reach Los Angeles after another steamship saves them from their predicament. Without money or plans, they decide to participate in the “Trans-American Wild Race,” allowing Appare to build his own vehicle, and the cash prize would get them tickets back to Japan. But with rival racers and unknown dangers lurking at every corner, will they cross the finish line at all?

It’s not every day we get to see a cross-continental race rooted in reality in anime. And Appare-Ranman uses this unique setting to great effect. The production value is great too. It went under the radar for many because of its delay due to the pandemic, or so I believe. Anyway, if you haven’t watched it yet, let me present my case as to why you should. 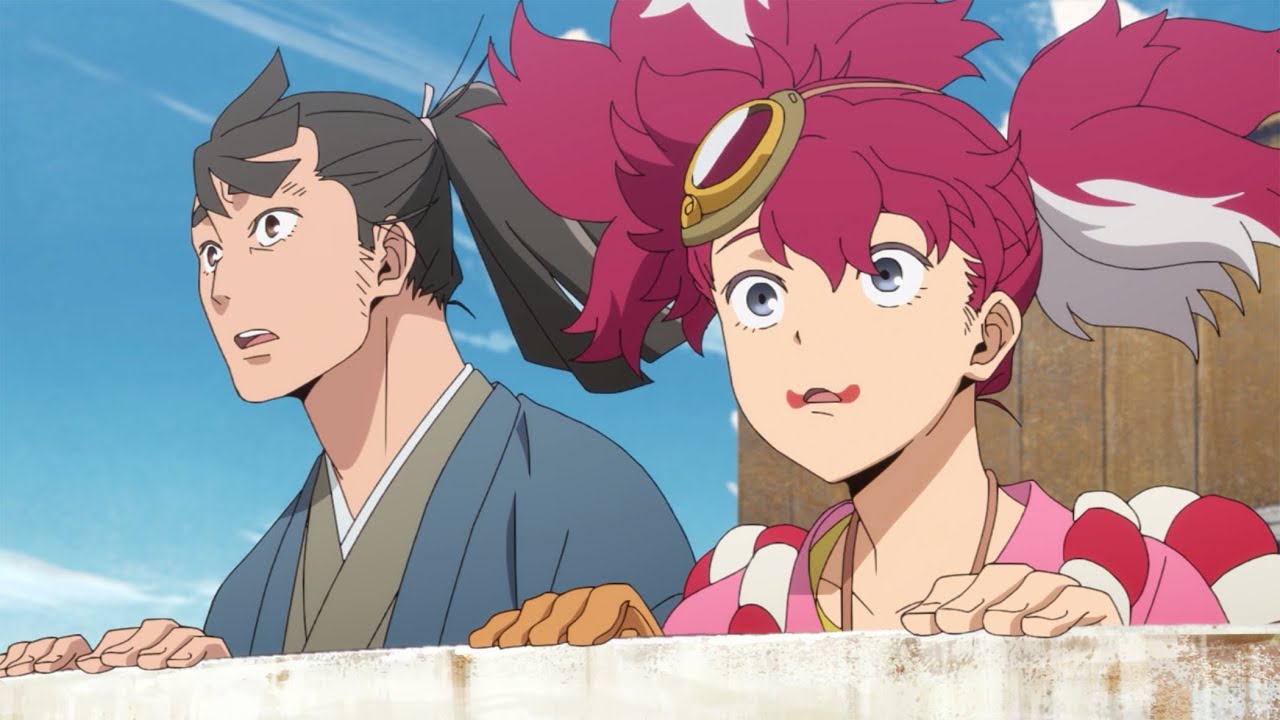 The synopsis itself gives a good idea of what we could expect from the anime. It is exactly what it says it is. The plot is not going to blow you away, but the execution keeps you glued to the screen. It is the standard procedure; the two gain some friends/rivals, and a big baddie doesn’t want the race to happen. There is a twist too, but my bet is you will see it coming from miles away. So yeah, pretty mediocre if I do say so myself. But trust me when I say you will enjoy every bit of this.

The characters are the best part of Appare-Ranman! I was surprised about the amount of development each character got just within the span of 13 episodes. And the cast is quite vast and varied too. Their individual backstories are super interesting and coincide in unexpected ways. It doesn’t matter who is in the spotlight, as they all are quite entertaining to watch.

After the disappointment that was Fairy Gone (P. A. Works’ previous original), I have to say, they have pulled themselves together pretty well. Every frame is a treat to watch. The art style is vibrant and bursting with color, conveying a kind of cheerfulness, and it really works here. Even the CGI is done well enough not to be cringe, which is not something you could say about Fairy Gone.