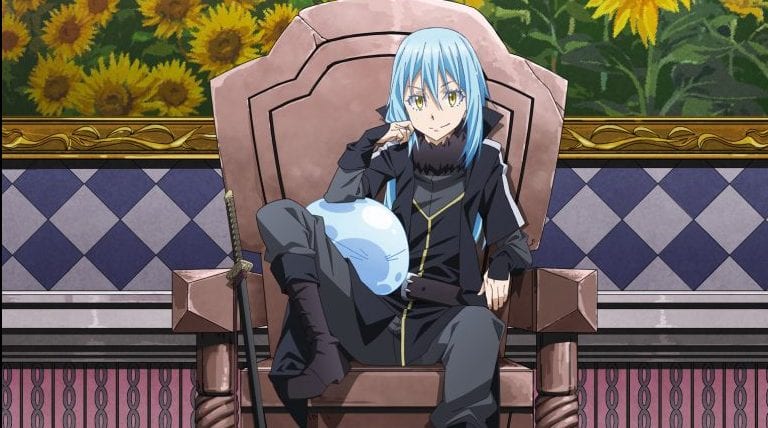 According to Ten Sura News, the TV animation sequel production for That Time I Reincarnated as a Slime Season 2 has been confirmed. Also, according to the Japanese news site, the second season is expected to be released next year, 2020. The news site also featured Rimuru with her demon and slime form sitting on a chair and is asking his fans for support in the next season. All the members of the staff and the cast will reprise all their roles while studio 8-Bit will continue animating the series.

The first season ended with the episode “Saved Souls,” which aired last week. In that episode, Gale, Alice, and Ryota inhabited three new spirits to keep them alive and avoid dying for a few years. For some reason, Veldora reacted to the spirit that inhabits Chloe. Rimuru gave Shizu’s magicule-suppressing mask to Chloe for a reason he doesn’t know himself. Meanwhile, an unknown being was watching Rimuru after the post-credits.

Episode 24 and episode 25 will be two extra content. Episode 24 is titled “Extra: Black and a Mask” while the last episode is titled “Extra: Veldora’s Diary.” The manga material available can cover one more season with the same number of episodes. Meanwhile, the 11th volume of the manga is expected to come by the end of the year (Japanese) and on October (English).

The first season is still not over, as a special OVA episode is yet to be released, and it is supposed to release on 7 August 2019. As the second season has been confirmed, we expect more details in the next episode, and it might even show us a preview of the next season. Nonetheless, there is no official news coming out, and we are still stuck at 2020 release.

There were rumors spreading that it might release in 2019, but all of them had no solid proofs. Also, we cannot expect the next season before the second half of 2020, and October might be the month in 2020 when we might see the second season. I hope we get to see the show before the proposed time, but for now, it is what it is.