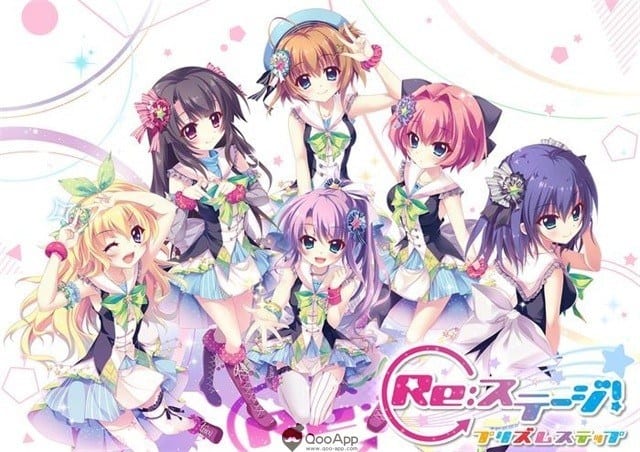 Re: Stage! Dream Days has gained quite some audience since its episode 1 release last Sunday. The story revolves around Mana Shikimiya as she is coming into the springtime semester at Marehoshi Academy as a transfer student, and she has no friends or connections to fasten her to her new life. In MArehoshi Academy student clubs are a big deal. Soon Mana meets Sayu and Mizuha, and these two are participants of a school club named Lyrical Tradition Dance Club.

The main goal of this club is to become idols worthy of qualifying on the Prism Stage, and with no surprise, Mana has hidden talent and is a natural dancer and fantastic singing. Although she has a past which involves previous Prism Stage competitions which she participated in and this causes her to hesitate in committing herself to the club’s ambitions.

With the power of music and friendship this group of ambitions friends can conquer any obstacle, however, and soon Mana teams up Sayu and Mizuha and works towards their collective dream of performing on Prism Stage competition. Re: Stage! Dream Days is based on a mobile game.

Reviewers on Anime News Network has given an average of 3.7 stars to the first episode of this anime which was released on Jul 7, 2019. Re: Stage Dream Days Episode 2 is scheduled to air on July 14, 2019, and is produced by Yumeta Company and Yumeta Graphinica. One can watch Re: Stage on HiDive, Sundays at 10:00 AM EDT.