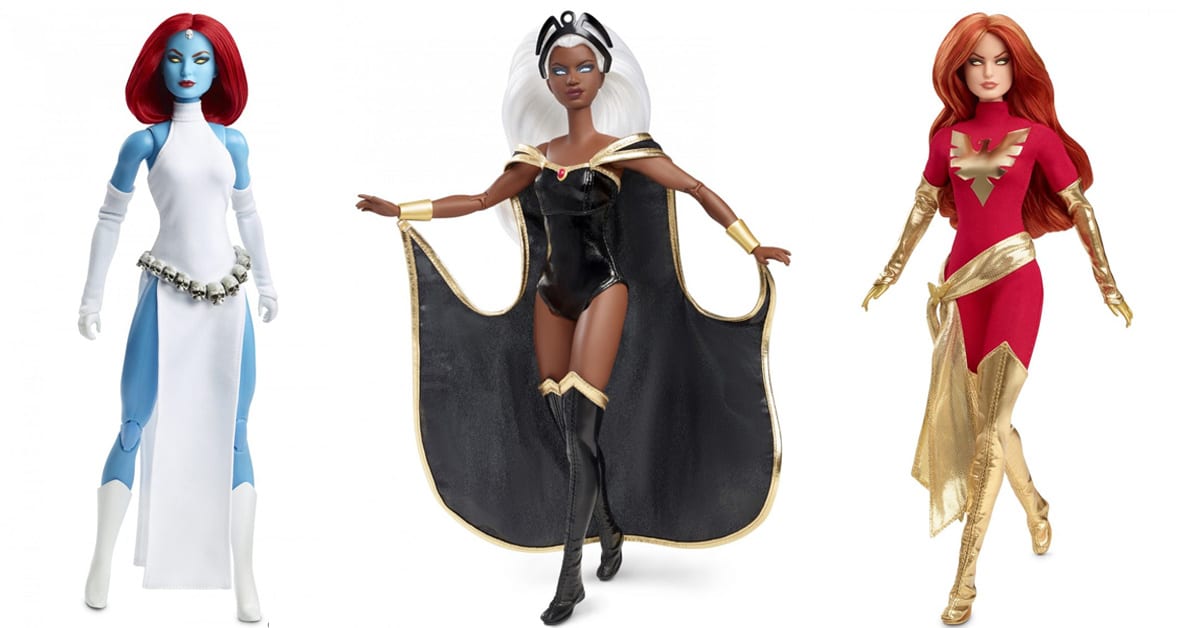 Dark Phoenix, Mystique, and Storm, the three X-Men characters will be getting their Barbie dolls. The announced was made on Thursday, at the San Diego Comic-Con. Both Marvel and Mattel made the announcement regarding the Barbie dolls, new line of Mystique, Storm and Dark Phoenix. This is to celebrate Marvel Comics’ 80th anniversary.

The three X-Men dolls come with elaborate packaging, the costumes and accessories on them are detailed, and they retail for $55 (roughly £44, AU$78) each. Let’s talk about each of the characters in detail.

1. Dark Phoenix aka Jean Grey-Summers, who is an omega-level mutant, but with telepathic and telekinetic powers. Her Dark Phoenix Barbie doll has the red bodysuit, the one with gold details. It also has a gold phoenix image. The doll is wearing thigh-high boots, gloves, and a sash belt.

2. Mystique, the supervillain is a mutant born. Her power is that she can shape-shift like anyone she wills. Mystique Barbie doll has a good costume, she is a white dress with a double slit and her belt of skulls. Her accessories are white gloves, tall boots and the skull detail on her forehead.

3. Storm aka Ororo Munroe is an X-Men team member, who has the ability to change the weather. She wears a shiny-black bodysuit, cape, and boots, the most beautiful part of which is a fancy metallic-gold trim. Storm has gauntlets, a headdress, and her gemstone brooch to complete the outfit.