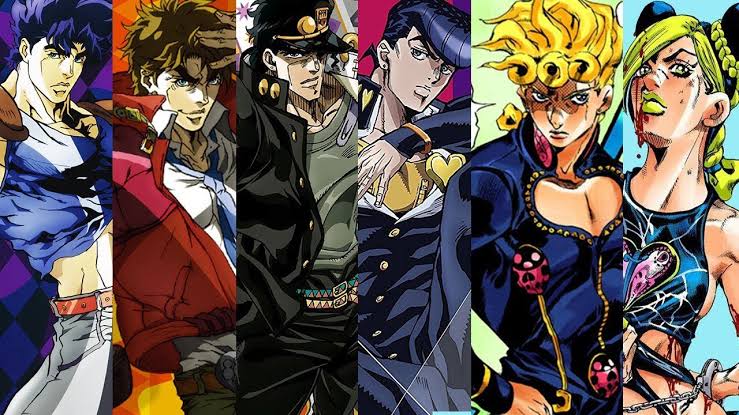 Part 6 of JoJo’s Bizarre Adventure will be back, the events pick off from the events after those of Jolyne Kujo. The protagonist fights back this time against her enemies- the disciples of Dio Brando.

Part 6 will detail on the alumni- Jotaro Kujo’s daughter. Jorato is the prime character in Stardust Crusaders who also played an important side role in Diamond is Unbreakable. He was also there in Golden Wind. Jotaro’s daughter, Jolyne Cujoh will be the main character in Part 6 and the first female protagonist from the Jorato/Cujoh bloodline.

JoJo’s Bizarre Adventure: Stone Ocean (aka JoJo no Kimyou na Bouken: Suton Oshan), that moved from location from Giorno Giovanna’s Italy, that is within the structure of prison in the sunny state of Florida. As far as the cast and the staff of JoJo’s Bizarre Adventure are concerned, they haven’t been officially announced.

The animation studio David Production returns to produce Part 6 of JoJo’s Bizarre Adventure. JoJo’s adventure has been in production since 2012, so it would be very odd if we think the studio is going to change now. We hope the primary staff’s director Naokatsu Tsuda joins the team too, to helm the project. The Sound Director will be Yoshikazu Iwanami, we hope and Yugo Kanno returns for music. Though, the main staff positions vacancy detail on the appearance of Stone Ocean is the character designer.

If you are still watching the anime, Golden Wind/Vento Aureo was on a three-week hiatus in July after Episode 37. It was only yesterday that JoJo’s Bizarre Adventure Part 5 Episodes 38 and 39 then aired as a one-hour special finale on July 28, 2019.

Once the news is officially confirmed, this article will be updated with the relevant information. In the meantime, it’s possible to speculate about when, or if, the JoJo’s Bizarre Adventure: Stone Ocean premiere date will occur in the future.

The thing is, JoJo Part 6 has a fairly good chance of being renewed. Season one onwards, the anime picked lost pace. Blu-Ray/DVD sales fell down by a huge margin, but the Golden Wind was released in a time where most of the revenue was generated from streaming instead of disc sales when it comes to the anime industry.

If we consider this purely from a business point of view, let’s suppose Part 5: Golden Wind sells half the number of Blu-Rays of Part 4: Diamond Is Unbreakable, the Oricon charts tell us how Golden Wind would do just as much good in Japan as titles like My Hero Academia. And if My Hero Academia was renewed, why won’t JoJo’s Bizarre Adventure be? If we take David Production’s schedule into consideration, JoJo Part 6 update will occur in 2021, likely.