Riverdale Season 5 is on the horizon, and according to Lily Reinhart, the show will feature a 7-year time jump in season 5. 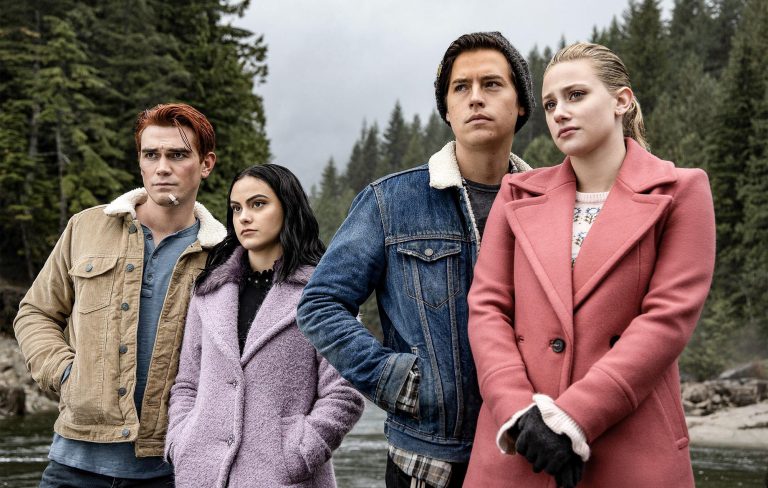 Riverdale Season 5 is on the horizon, and with each passing day, new exciting updates are surfacing up, which are making the fans get extremely hyped up. The show just concluded the first 19 episodes of the 4th season in May 2020, and fans are already in the hunt for what’s about to happen in the impending season 5. According to the latest updates, season 5 will be very exciting and will have a time jump, so expect some changes and character developments on the way.

According to a recent interview, Lili Reinhart confirmed that season 5 would introduce a 7-year time jump into the story, and after that’s over all of the main characters would no longer be teenagers, and you can expect each of them to have some serious developments and more maturity than before. The actor appeared on The Tonight Show Starring Jimmy Fallon, and she revealed that the team would finish season 4’s pending work, and then will head straight to the production of season 5.

According to Lily, they will shoot the first few episodes for season 4 (which stopped due to the pandemic), and they will start season 5, which will take place seven years after the events of season 4. Talking about the changes, Lily revealed her concern that she is kind of nervous about how the shooting will start amidst these conditions, and she hopes that the process doesn’t ruin their experience on the sets. The actress also expressed her excitement, saying that she is ‘psyched’ to play an older Betty Cooper in season 5.

Riverdale is an American teen drama series based on the famous characters of Archie Comics. Developed by Roberto Aguirre-Sacasa, the show made its official debut in 2017 and has performed extremely well for all these years. Season 5 is expected to come next year, and the internet is full of theories and speculation of what lied ahead in the story.

According to the recent confirmations, season 5 will feature the prom and graduation episodes, and it will be ‘big, emotional episodes,’ if Roberto is to be believed. Season 5 will shape up depending on how the final three episodes of season 4 end, and as already mentioned above, a huge time jump will be introduced in the story, as the showrunners didn’t want the characters to stay in high school anymore.

All the major characters are expected to return for their respective roles that include the likes of KJ Apa, Lili Reinhart, Camila Mendes, Cole Sprouse, Madelaine Petsch, and Mädchen Amick, and they will play the roles of Archie Andrews, Betty Cooper, Veronica Lodge, Jughead Jones, Cheryl Blossom, and Alice Cooper. According to the updates, Skeet Ulrich won’t be returning as F.P. Jones as he ‘got bored creatively’, and along with him, Marisol Nichols also won’t appear as a regular of the show.

Riverdale Season 5 is expected to release in January of 2021. We will keep you posted with the exact release date as soon as the announcement is made.